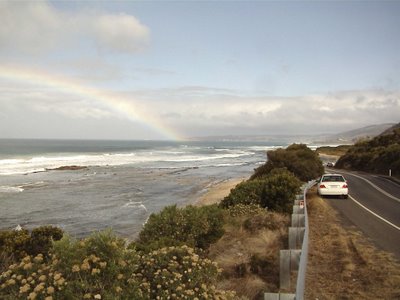 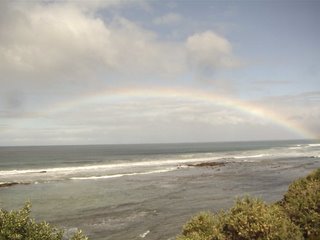 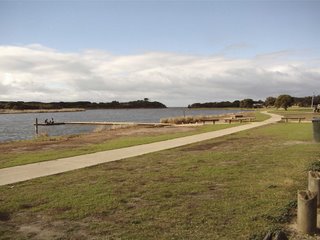 A nice ocean inlet at the start of the Road: a small surfer's mecca called Torquay. 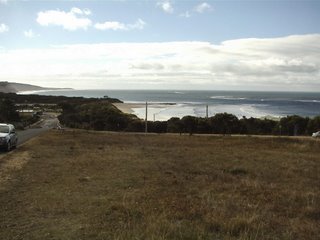 To get any real appreciation for most of the pictures in this blog...I suggest copying and pasting in order to view the full screen image...these are just way too small otherwise. 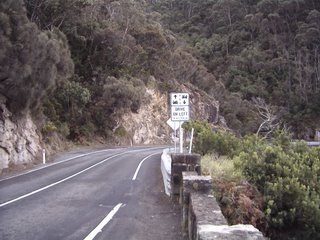 It is quite funny that they need to add the "in Australia" at the bottom...the signs were a comforting reminder though 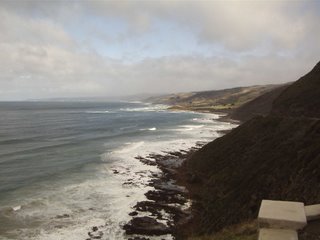 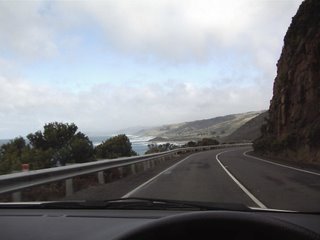 It was slow driving with so many amazing views just around the bend. 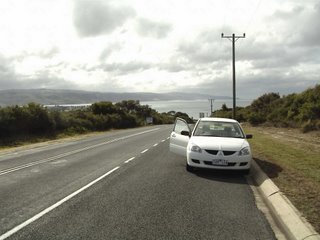 The trusty little rental car showing some of the amazing scenery...all from the road too as I didn't have enough time to venture to far from it on foot. Check out the sweet license plate letters too... 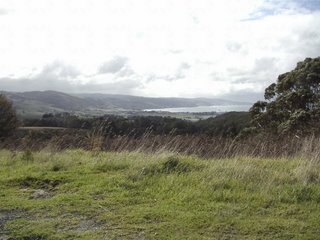 Pictures do so little justice... 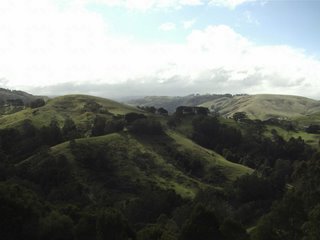 A nice view that doesn't have the ocean in it. This was still taken from just beside the road though. 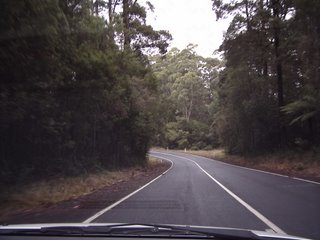 There is a large part of the road that goes through a heavily forested area...really pretty as well. I didn't have time for it (I want to come back later in life with about 5 days to devote specifically to this amazing stretch of highway)...but there are some short hikes you can do away from the road to a variety of waterfalls and other spectacular sights...I need to come back with more time. I barely even got a glimpse of the amazing towns that the road goes through...each had what looked like to be incredibly nice b+b's and guesthouses as well...I won't even mention how good the surf was. 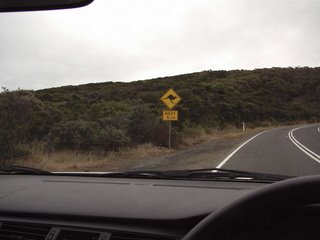 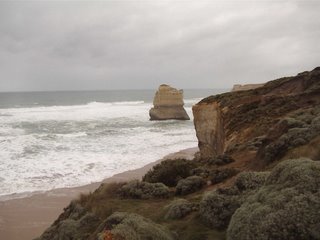 The beginning of the Shipwreck Coast; over 80 ships have been lost in this stretch of cliff-lined jagged coast. 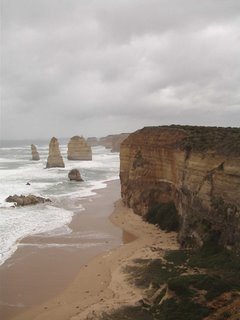 The Twelve Apostles rock formations. It was quite dramatic seeing them on such a dreary day...and it really sunk in the feeling of the Shipwreck Coast (no pun intended)...but what these must be like when the sun is shining bringing out the contrast of the yellows and reds in the cliffs to the bright blue of the water must be beyond words. 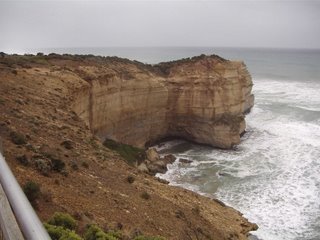 This bit jutting out will eventually become another apostle. The ocean will continue to hammer away at the rocks and an arch will be formed beginning to separate the tower from the main cliff...then at some point the arch will collapse totally disconnecting the tower from the mainland. You can't make it out here...but if you zoom in on this you will see a small black spec in the center of the soon to be apostle (out at the end of the jutting out part). This is a person. 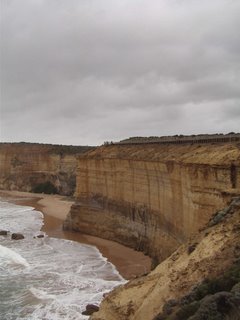 Scale shot: those tiny black dots at the top center of the cliff seen in the picture are people. These cliffs and towers are hundreds of feet tall. 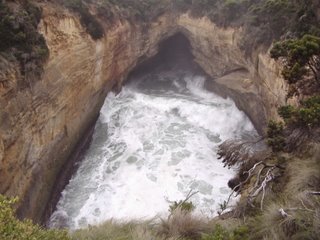 The Blowhole. Cool story: so this is another location along the Shipwreck coast. When the Loch Ard (a ship) sank (a long time ago)...11 bodies got pulled into the tunnel that connects the ocean to the Blowhole (dark spot in back)...the bodies stayed down in there as they could not be pulled out due to the violence of the turbulent water within. The eerie part...at night the Blowhole actually glowed purple after the wreck because of phosphorous flares that were also trapped inside. Wouldn't that be terrifying to see at night...11 bodies being slammed by the waves in this eerily glowing pit where the ocean's power was focussed and unleashed sending huge spouts of water and foam up the hundred or so odd feet to where one was standing...I thought that was an awesome story. 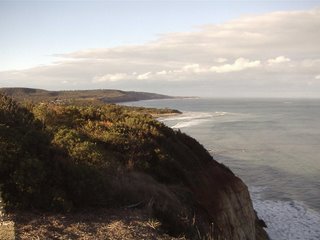 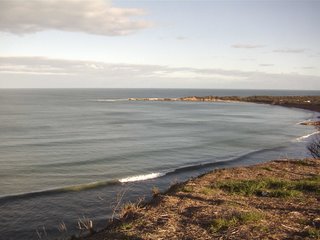 Very nice! I found a place where you can
make some nice extra cash secret shopping. Just go to the site below
and put in your zip to see what's available in your area.
I made over $900 last month having fun!

Wow! You are posting these things so quickly it is hard to keep up with them! Are you taking any time to just chill and enjoy where you are? You can't see the whole world in a day, you know!
The cliffs, the blowhole, the sea ~ it helps so much to have the people in the pictures for perspective. The story of the blowhole was amazing, surreal and sad...
When did it happen? They had flares so it couldn't have been too many decades ago - right? I feel very badly for the families of those poor lost souls. Some of them were probably about your age ~ maybe younger. There is some perspective to be sought in that comparison as well, don't you think?
With worlds of love, as always, Mom
P.S. When you get a chance on the internet ~ google "Mattie J.T. Stepanek" ~ please take the few minutes needed to read about him and especially read some of his work. Talk about perspective!!!!

OK, so I'm with Drew and Melbourne, and I feel like I'm seeing it through his pictures vs my eyes. Drew is wonderful company! I dropped him off at the train station this morning and missed him all day. If I didn't have to work I think I'd be backpacking with him. Well, at least my version of backpacking...right Fran! Drew, I look forward to the next set of pictures and more importantly, your stories that tell so much. Love you

OK, so I'm with Drew and Melbourne, and I feel like I'm seeing it through his pictures vs my eyes. Drew is wonderful company! I dropped him off at the train station this morning and missed him all day. If I didn't have to work I think I'd be backpacking with him. Well, at least my version of backpacking...right Fran! Drew, I look forward to the next set of pictures and more importantly, your stories that tell so much. Love you

Drew, you should definitely take that guy up on his offer for $900 just to have fun. The money wouldn't hurt and lord knows you're so boring right now.

For more info and beach accommodation on the Great Ocean Road have a look at this site it has loads of info and pictures.

Dude, awesome pics! I've always wanted to go Down Under, now I can't wait to go!