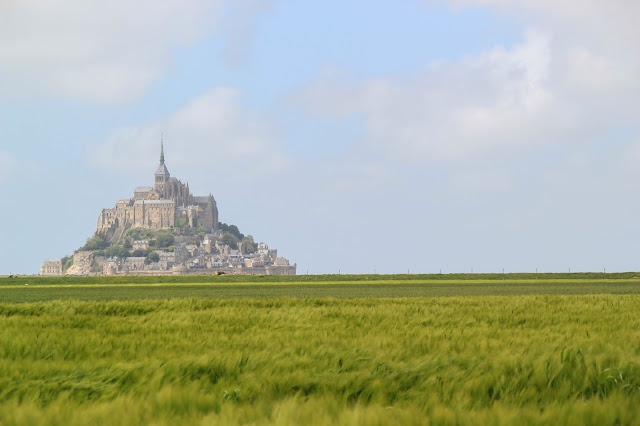 From a distance, it is a place right out of a fairy tale.  I couldn't avoid a visit here, to Mont-Saint-Michel.  It was a quick visit, which I don't regret.  It was meant to see the place, not take it in.  As I expected, up close, the fairy tale is swarming with the kind of tourist that I more prefer to avoid. Anyway, this will be a picture-heavy, prose-light post. 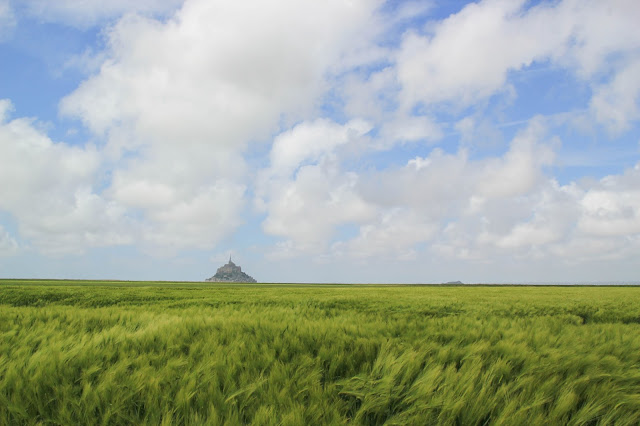 As I approached by car, the unique feature in the landscape became visible beyond the swaying fields.  I was lucky with the combination of clouds, sun, and wind; it was a serendipitous scene. 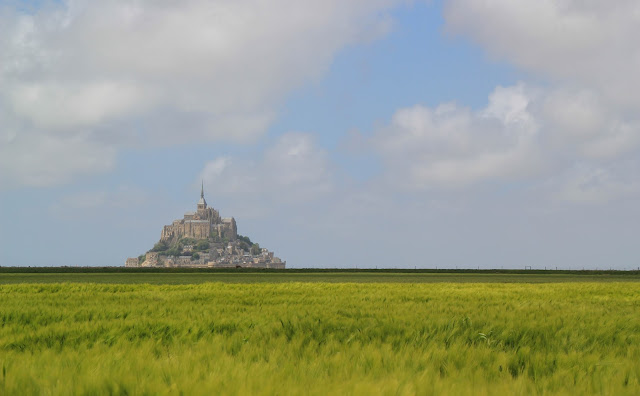 The fields were so fluid in the wind. The scene was somewhat hypnotizing, like something out of some fantastical dream. 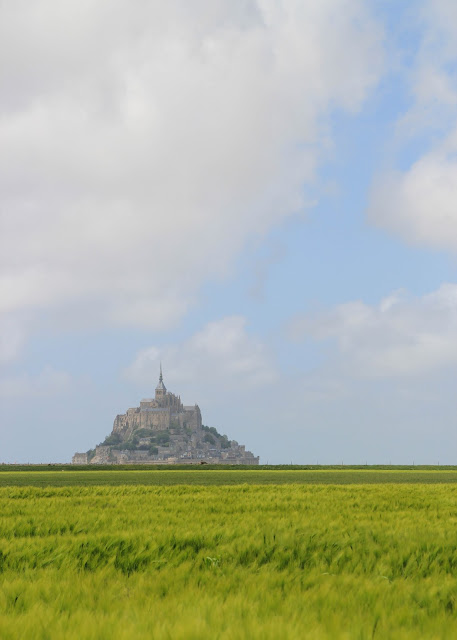 The view of the city on the hill in the distance, bursting from the otherwise perfectly flat landscape, could be out of any time in the last 700 years or more. Mont-Saint-Michel has housed a monastery since the 8th century. Of course, the city and abbey have developed and been reconstructed over the 1200 years since then. The site is strategic and easily defendable from ancient siege tactics, and there is evidence of fortifications here since ancient times. 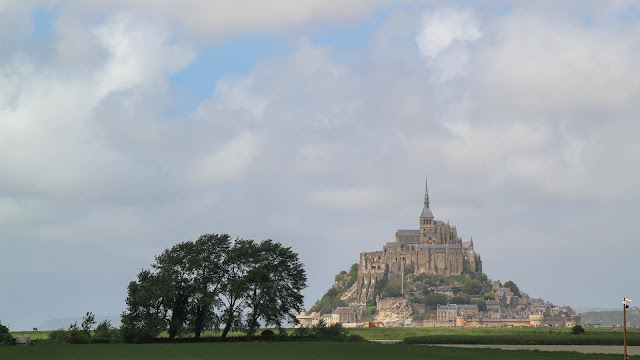 Getting closer, the city retains its charm, but the construction of a new roadway over the coastal flats leading up to it definitely did not add to the appeal of the place. Mont-Saint-Michel is officially part of Normandy, though this is a point of mild contention with neighboring Brittany. 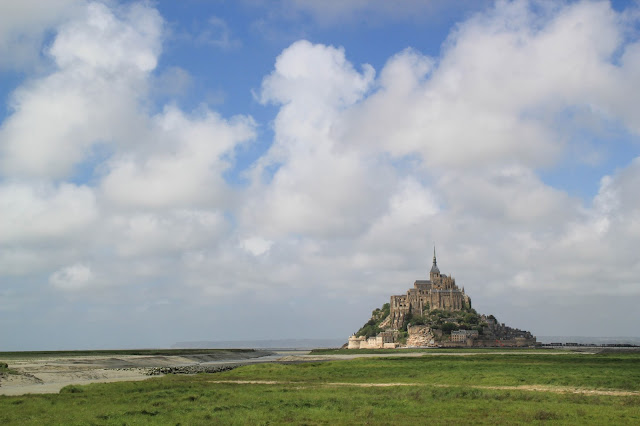 The land on which the monastery is built is really a granite island. A causeway (which they were overhauling to modernize the road to the island) stretches out to the island, offering safe passage at any tide. The surrounding meadows are really salt marsh, which is apparently good terrain for raising sheep and tasty, pre-seasoned lambs. 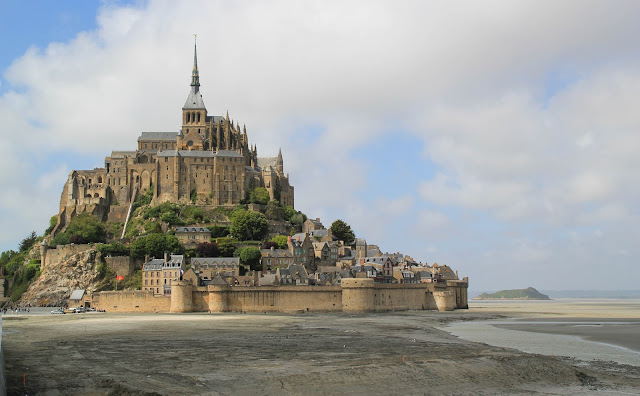 The tidal flats surrounding the monastery were a peril to medieval pilgrims attempting to reach the monastery. Being such flat terrain, the tide comes in and goes out very, very quickly here, and modern tourists still have troubles and sometimes even get stranded (and very wet) in the incoming tide.  Another granite island mount is seen rising out of the bay in the distance on the right of this picture. 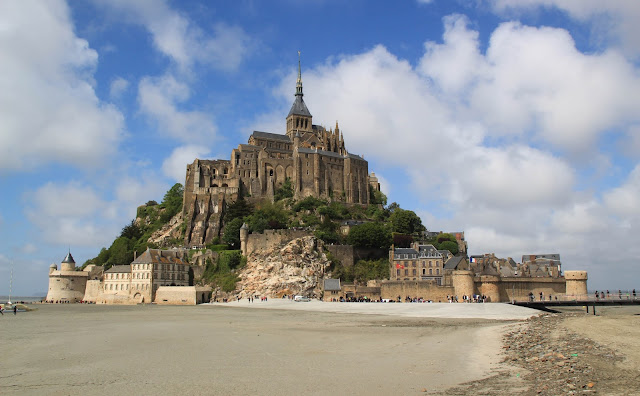 A view up close, now, with all the tourists and part of the modern causeway. 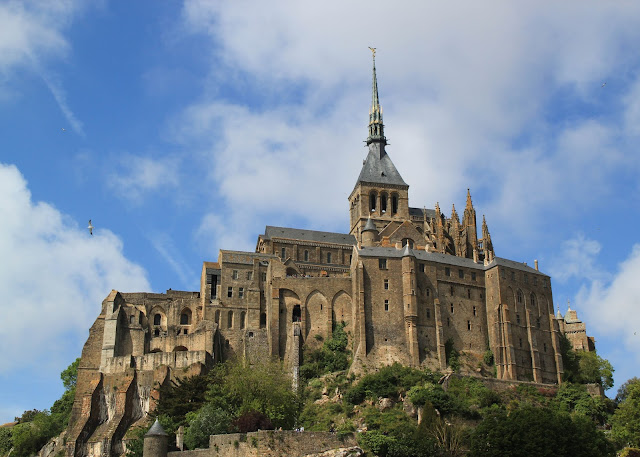 The monastery dates back to the 10th century, though it has been renovated and expanded over the millennium since then. 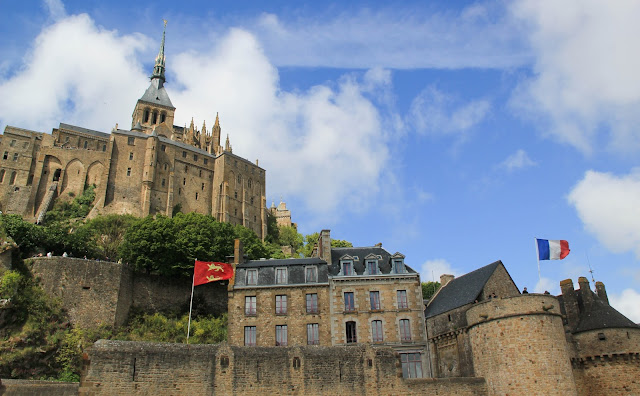 The French and Norman flags fly proudly over the city walls. 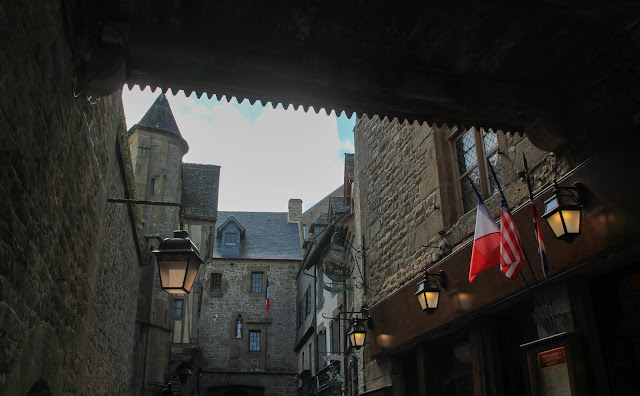 Inside the city, an American flag still flies beside that of France. The city is literally something from out of the past. It is charming but for the hordes. Most of my shots were taken looking up above head level. The city only has 50 people that live in it now, but it hit its peak in the mid-1800s with close to 1200 people living within the walls. 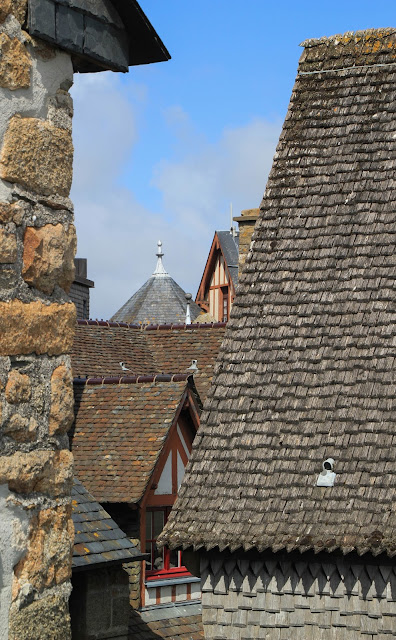 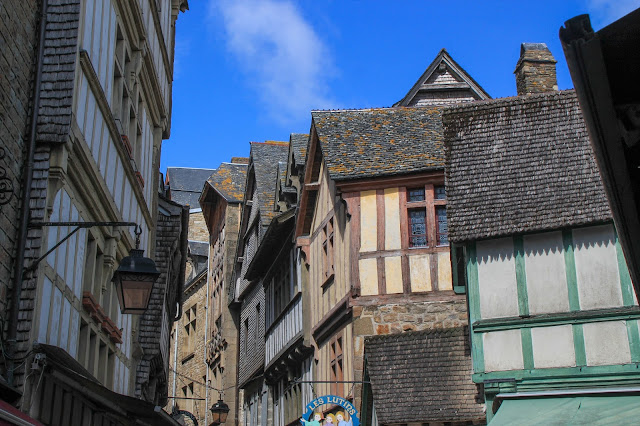 The half-timbered architecture is just classic and actually authentic here! 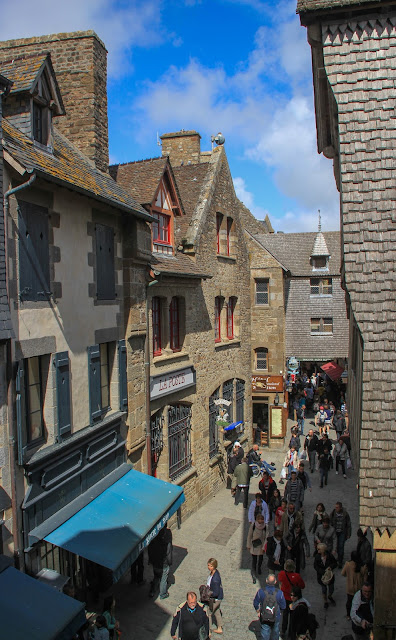 The mobs of tourists... it wasn't too bad compared to some other European hotspots that I've seen.  However, there weren't many tour buses out there, so maybe I just lucked out and hit a lull.  Thank goodness there is no cruise port here! 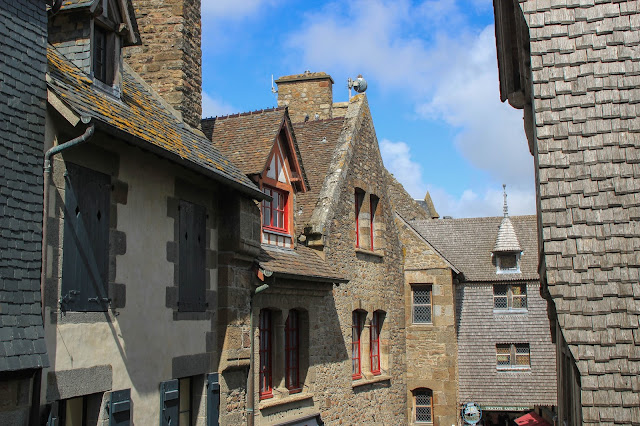 At least there aren't any tourists up here.