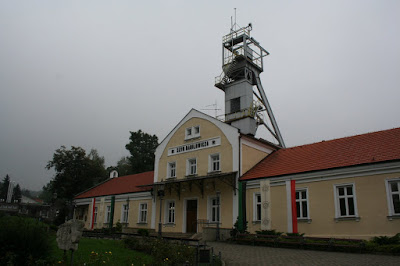 The Wieliczka Salt Mine in the town of Wieliczka, just a short, and cheap, mini-bus ride from Krakow. The miners here have done some amazing things with their time spent in the depths. Below are just a few things I snapped shots of while on the hour long tour that took me 365 meters (more than 1000 feet) underground along 3.5 kilometers of tunnels and chambers, which is just a fraction of the mine's more than 300 kilometers of tunnels. 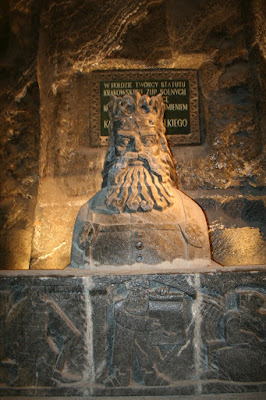 Salt bust of King Kazimierz: the Polish monarch that allowed a community of Jews to settle on the outskirts of Krakow. This area of the city is now full of temples and Polish Jew heritage and takes the name of the king himself. Note that the entire statue here and in the rest of the pics is salt in raw form...even the gray parts! The guide takes a flashlight to the floor to demonstrate this; due to the crystalline structure of salt, the floor glows when a flashlight is held up to it. This feature of the salt is used in many places throughout the mine. 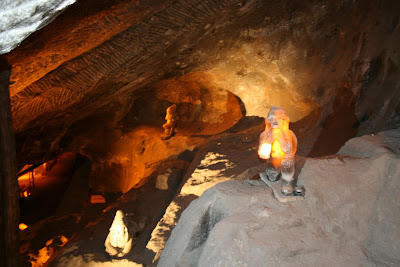 Gnomes, dwarfs, whatever. The miners love these little guys and they appear in several places throughout the mine. 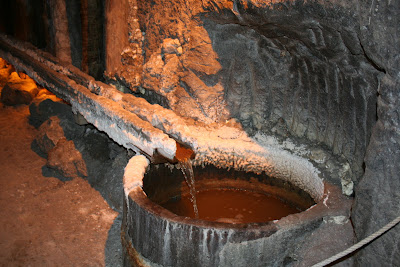 Water would absolutely destroy the mine since it eats away at the salt as it flows over it. So miners have an intricate system of chutes to control and direct the flow away from their intricate carvings. 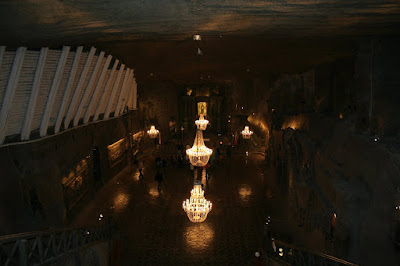 The mine's main cathedral. It is an absolutely massive chamber completely carved from salt. Even the chandeliers are mad from salt crystals! And those might look like tiles on the floor, but they are just carved from the salt to look like that! Many people actually get married down here...how wild would that be! There is also a life sized statue of Pope John Paul II on the opposite end from the altar...completely carved out of salt of course! 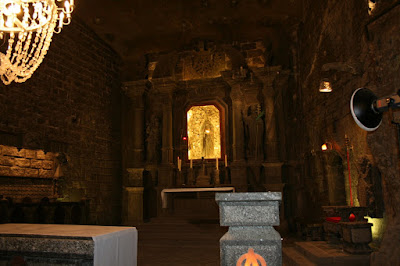 The altar in the main cathedral. 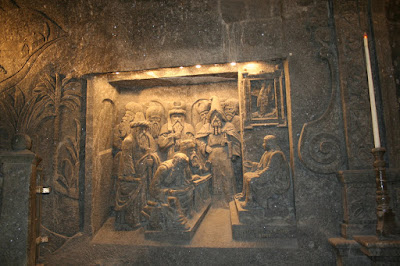 One of the many murals in the main cathedral...check out that detail! 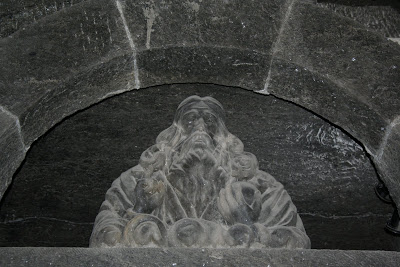 God, the father. It is unusual to see an image of God...even more to see one carved from salt. 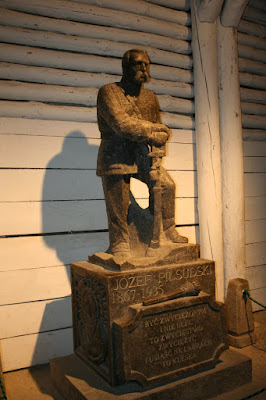 One of the many statues carved from the salt. 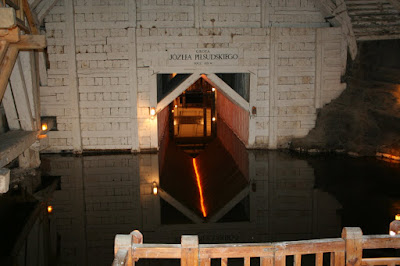 You used to be able to take a boat through the tunnel, but after one of the visitors drowned, it was shut down. 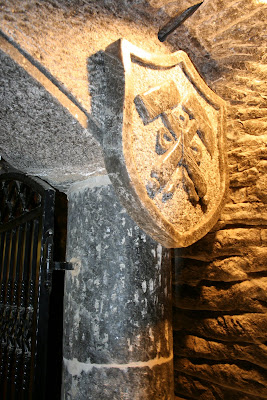 The mine's shield with the hammer and pick. It reminded me so much of something made by dwarfs. 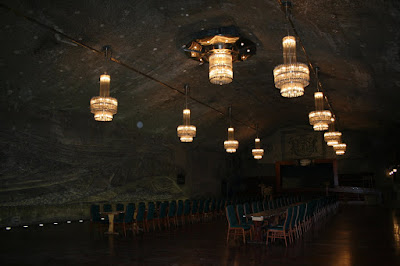 Dining hall in the mine. The tables and chairs are not carved from salt. The hall, chandeliers, and podium at the far end are, however! 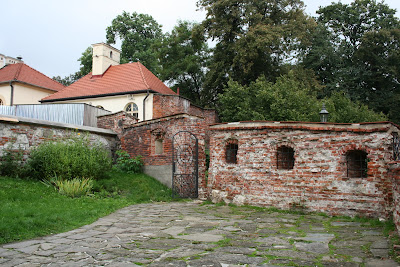 After the mine tour, I wandered around the town of Wieliczka a bit. It was an interesting old town. Much different feel than Krakow... it was more run down, and felt very real. I got some interesting looks from some of the people, but when I wandered into the town market, I had no problem drawing smiles and greetings with a friendly smile and strong eye contact. According to Maciej, good eye contact and a strong, hearty hand shake are important for coming across trustworthy in Poland. 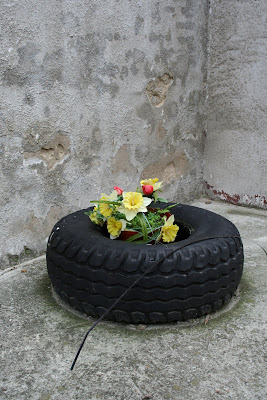 Just a little bit of beauty I found in a Wieliczka alley. 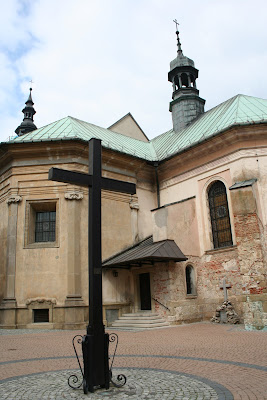 Old church in Wieliczka. I love when the stucco peels away from these old buildings revealing the stone and mortar underneath it.
Posted by Drew at 9:14 AM