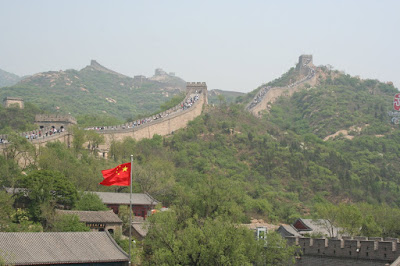 Missy and I were brought to the Great Wall by one of my Chinese colleagues, Dr. Yan. We went to the Badaling Great Wall, which is by far the most popular and most restored. This section of the wall lies North of Beijing about one hour by bus. There are several other sections in the mountains North of the city which are accessible for a day trip, and of course there are many other sections of wall throughout the North of China itself. We met a guy from the Netherlands who had even seen a remote section in the desert in the far West of the country; that would be quite the different experience from what we had at Badaling. Overall, it was breathtaking and unbelievable to walk around on such a phenomenal feat of engineering. 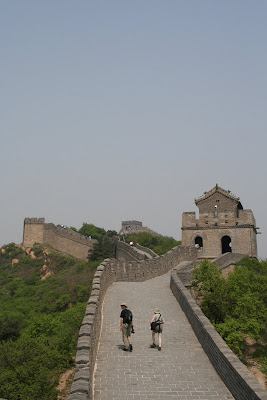 Go South at Badaling. This section has a longer walk and is much, much less crowded than the North section. We found ourselves alone quite often towards the end of the open area. 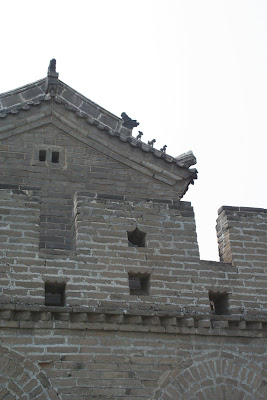 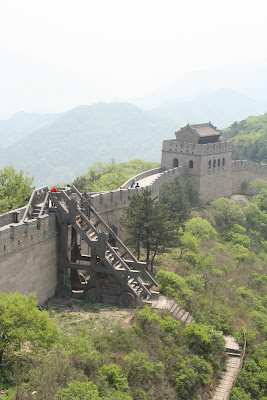 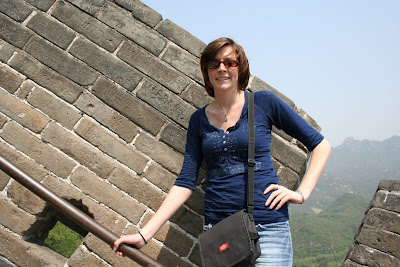 There were some very, very steep sections fo the wall...and in the heat, it made for quite a good hike! 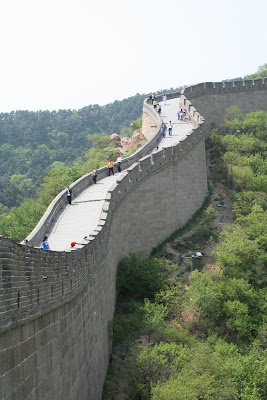 I tried to figure out where the rock was quarried from to make the wall, though I was unsuccessful. The walls here at Badaling are over 25 feet high (7.8 m) and 16 feet (5 m) wide! 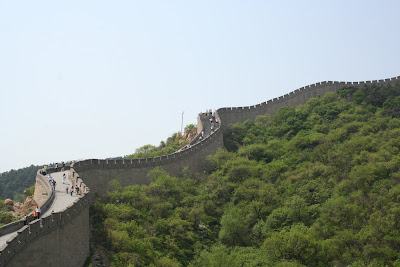 This familiar Great Wall is part of the more recent, Ming Dynasty Great Wall. There are much, much older sections from various other time periods, dating back to ~200 B.C. when the Chinese simply used packed earth as the first walls. 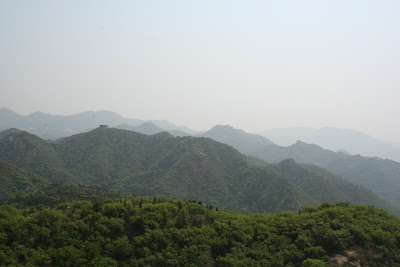 These are serious mountains...I cannot immagine invading armies coming through these...the vegetation is dense and the mountains are steep. Apparently, those Mongolians were unconcerned by this however. 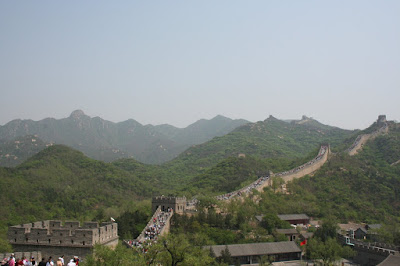 The much more crowded Northern section.. 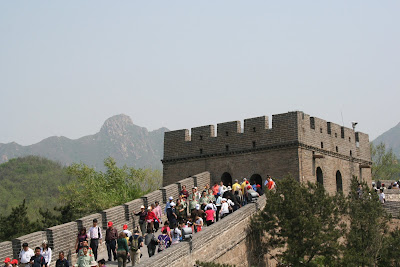 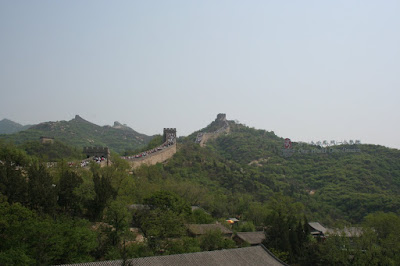 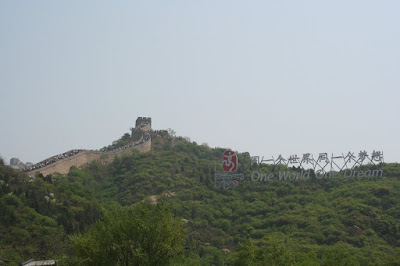