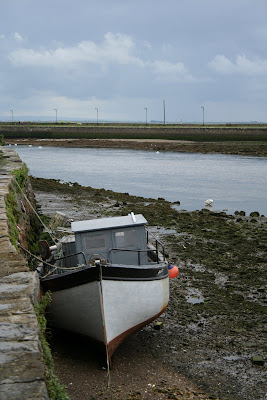 Galway, a city by the sea and well known now for its vibrant festivals, music, pubs, and nightlife. Missy and I were pretty tired after our dreary day of driving, but we still decided to take in some of the city before taking an early night. 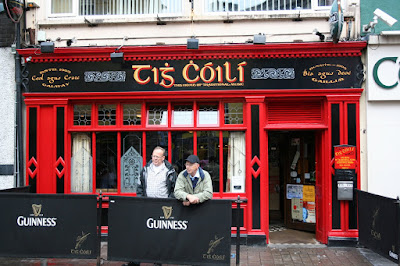 Galway center's streets are alive and bustling, with plenty of restaurants, shops, and pubs. We ate dinner at a restaurant called Couch Potatas, which specializes in all dishes made from the staple of Irish cooking: the potato. After this, we stumbled upon this place which claimed to have a trad music (traditional music) set starting at 8:45. Meanwhile, the Champions League Football championship was going on between Manchester United and Chelsea. We watched the first half, which was awesome, and then we headed over to catch the music at Tig Coili 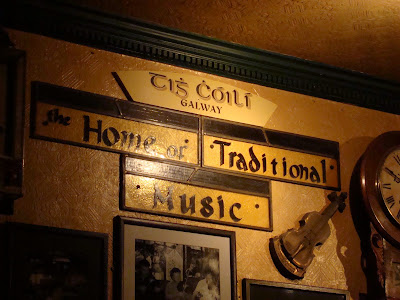 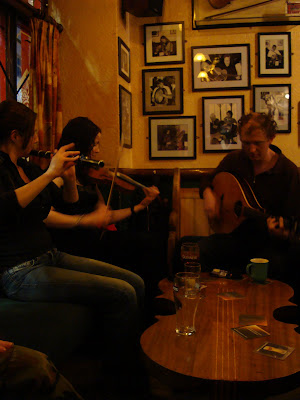 The music was phenomenal and the pub was so atmospheric. Between sets, I had a chat with the guy sitting across the table here playing the stringed instrument, which he informed me was a bouzouki. We also met and talked to this incredible old, one-handed Irish drunkard in this pub. He was a fan of the Irish cider, Bulmers, and seemed to drown his troubles and sorrows in the sweet draught. Incredible character though with some interesting stories that just added to the whole genuine feel of the place. 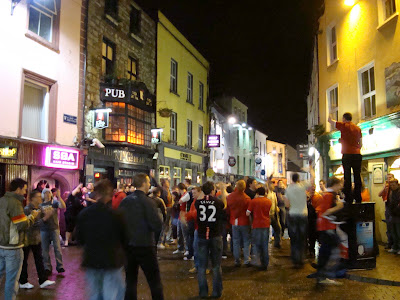 Much to the chagrin of a couple local guys we were talking to in the bar, after the Champions League final was won by Man U., a large celebration poured out of the bars (namely the King's Head seen across the street, the same place Missy and I had watched the first half) and into Quay St. There was singing and chanting and the ringleader standing on a trash can. It was quite the sight, but kind of odd that such a large celebration was being held for an English team winning. Though part of this was explained to me by another local musician, who I talked to at the bar. Apparently, since football is "an English sport" and is frowned upon by the hardcore Irish, who much prefer their native sports of Gaelic football and hurling, many Irish footballers pursue the sport in England, and a good many of those go to Manchester. 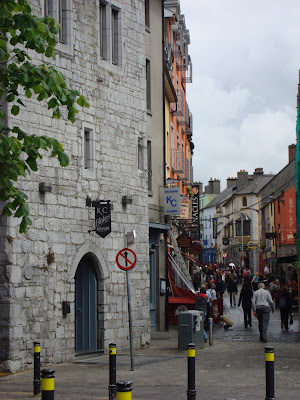 Quay St. Galway City. Quay St. and the adjoining High St., Shop St., and William St. are a long, pedestrian only series of shop and pub lined streets, which would take quite some time to fully explore considering all the cool little off-shooting alleys and side streets. Like Kilkenny, Galway has old medieval buildings scattered about it. One of the largest is Lynch's Castle right in the heart of the city center, which used to be the home of the city's leading family from the 15th to the 17th century. Now the massive stone structure is a bank. 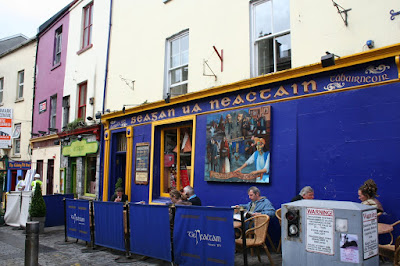 Plenty of pubs with plenty of charm and character. 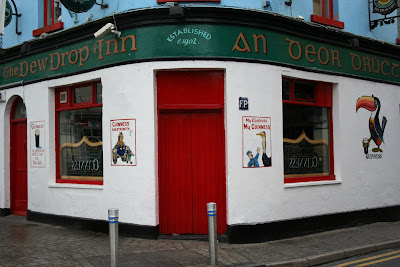 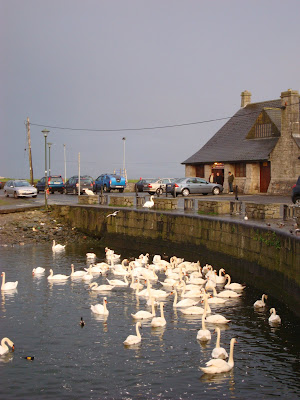 There were tons of swans where the River Corrib meets Galway Bay. Missy and I also saw our first Irish rainbow here in Galway. From here on, I am going to give Missy credit for her pictures by putting her initials (MLK) at the end of the comments beneath them. MLK 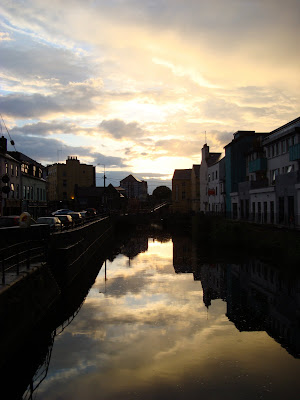 Looking up a small canal beside the Corrib River at sunset. MLK 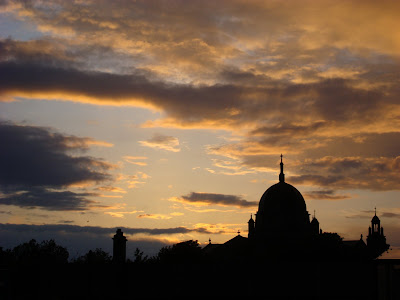 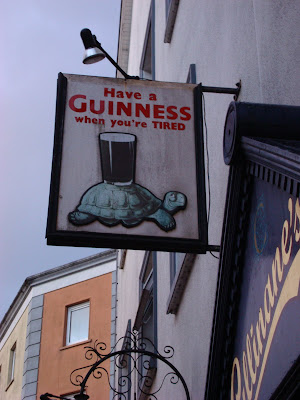 Galway was a great city, but being there, I definitely realized that my travel tastes have developed into seeking out more natural beauty and small, charming towns and villages instead of wandering the larger cities, regardless of how culture soaked they may be. MLK
Posted by Drew at 11:36 AM