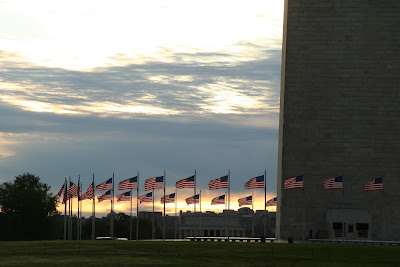 The American Capital, Washington, D.C. I was here for a meeting for work; being the home of NASA HQ, Goddard Spaceflight Center, and the Applied Physics Laboratory...I'll be visiting D.C. pretty often now. 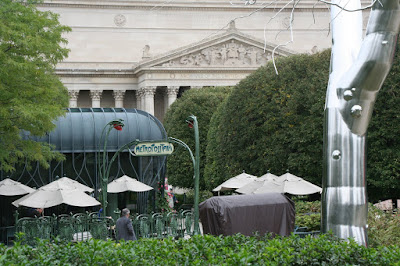 Ah yes, the famous Paris Metro....wait...wrong city. Washington, District of Columbia: the capital of a superpower nation; a center of diplomacy and den of politicians; a seat of power, wealth, manipulation, and corruption; a concentration of culture, history, and art; one of the most violent cities in the nation; a multi-ethnic city of immigrants and their descendants; a bustling metropolis with great food and terrible traffic. All of these things describe D.C. It is so much, and this brief post wont even begin to do it justice. I focus here primarily on the center and the National Mall, though for many of the cities inhabitants, they rarely visit these parts. Those that work regular jobs, like butchers, plumbers, electricians, construction workers, and garbage collectors, live outside of the world of politics. They live in normal, urban and suburban neighborhoods, which is also where some of the best restaurants and nightlife is located. For example, we had dinner one night in D.C.'s Little Ethiopia along U and 9th Streets. The food was fantastic (I LOVE Ethiopian cuisine), and of course, the people working were all Ethiopian, probably mostly all part of the same family. This is just one example of an ethnic hotspot in the American capital...there is a vibrant Chinatown (also with good food, though from what I sampled, not up to LA or San Francisco standards) and many other ethnic culinary treats from Mexican to Vietnamese (ironically). 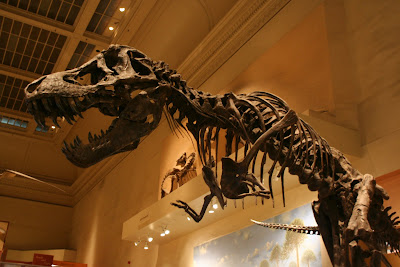 This post will be focused primarily on history and politics, though.

Things you simply cannot miss in D.C. include the Smithsonian museums...shown here is the full tyrannosaurus fossil skeleton at the Natural History museum. I always loved dinosaurs, and they have a great exhibit here, with several full skeletons of some favorites, like alosaurus, stegosaurus, brontosaurus, and triceratops. The rest of the museum is filled with great exhibits as well. One of my favorites was a temporary exhibit of nature photos, all of which had won prizes in photography contests. The exhibit just showcased the awe-inspiring quality, beauty, and power of nature. 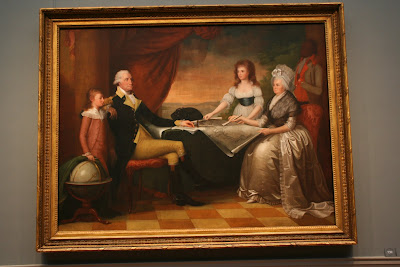 Did I mention irony before (with respect to Vietnamese food in the American capital), well how about this one. Oh, what a lovely portrait of General George Washington, the first president of the nation and a hero of almost godlike proportions here, and his family. Wait, who is that in the back right, barely visible in the shadows? Oh, it's the family slave. America has a dark and stormy past...slavery and the lack of civil rights for women and African Americans being some of its most despicable historical facts (alongside the many wars it has started/perpetuated and the outright genocide of indigenous peoples). The USA was one of the last nations in the world to abolish slavery, an interesting and very hypocritical fact considering how indoctrinated many Americans are with the notion that personal freedom is a cornerstone of American ideals. 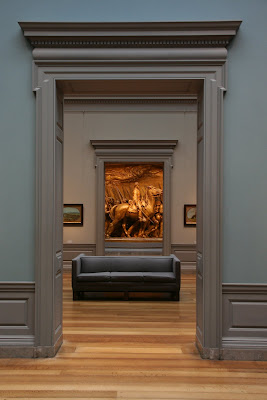 Seriously, the founding fathers have achieved godlike status in American history.  It's sad really that the education system is more of an indoctrination system instead of just teaching reality.  These were people too, yes, special people that rose up during extraordinary times, but people nonetheless.  It is unusual to hear about the founding father's slaves for instance, and the relationship with Native Americans is overlooked through this period in the public education system.  Frustrating... 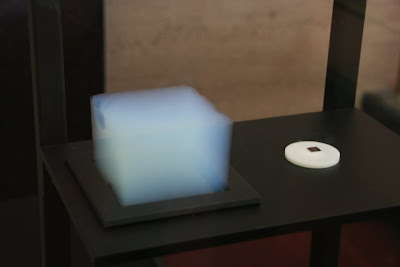 Now, onto something more inspiring (for me at least).  The Smithsonian Air and Space Museum.  This lovely specimen is a piece of aerogel, a miracle material.  Aerogel is actually a solid material that is formed from a substance initially like a jelly, but with the liquid removed and replaced by gas.  It is just about as light as air, strong, and a very good heat insulator (see the aerogel article on Wikipedia for some great pictures and explanations).  Aerogel was used on the Stardust mission to collect and return samples of interstellar dust. 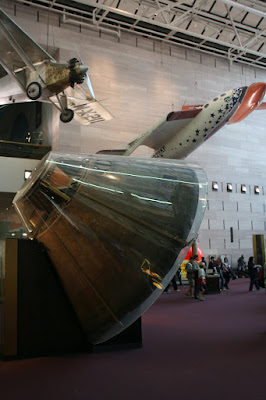 The Apollo 11 capsule with the Spirit of St. Louis and SpaceShipOne in the background.  For a space geek, this is freaking awesome.  That capsule carried Neil Armstrong, Buzz Aldrin, and Michael Collins to the Moon, where Armstrong and Aldrin became the first humans to set foot on our nearest astronomical neighbor, and back again...and SpaceShipOne demonstrated that private spaceflight is achievable. 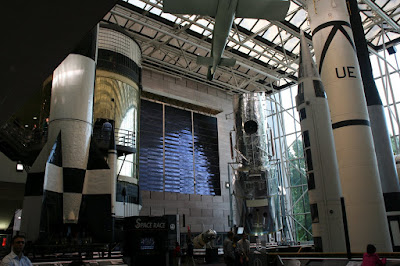 Harbingers of death and hope...side by side. The V2 rocket (on the left) was a terror employed by the Nazis...the ICBMs on the right represent everything that can go so easily and horribly wrong in the world today. Yet, the Hubble Space Telescope (center right), Sputnik (center bottom) and the Sky Lab (behind the V2) represent human hope and the quest to overcome the bad in life, endeavor, and explore our Universe. 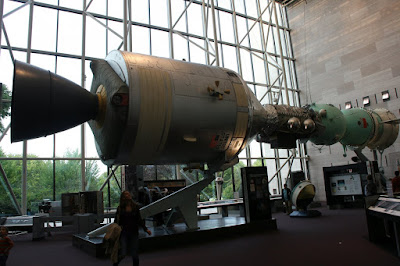 Another sign of hope, the mated Apollo and Soyuz capsules, symbolizing that despite the Cold War, some parties on both sides were willing to reach out and shake hands...if only they'd been able to do so on the ground too instead of only 100's of kilometers overhead.  The Apollo-Soyuz test was also the last mission for the Apollo spacecraft, which is a sad fact since we are now struggling to come up with its replacement technology. 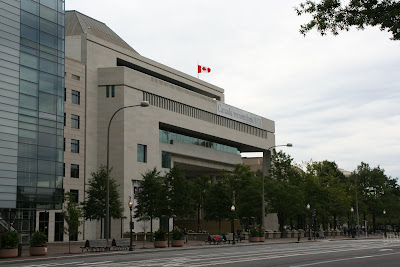 The massive, Canadian embassy in Washington.  It is nice to see this; it is in a place of honor, just down the street from the Capitol along Pennsylvania/Constitution Ave.  It was interesting to see the big banner stating "Canada remembers 9/11" as well.  The flowers in the potted plants outside were all red and white too...it was very patriotic and a nice reminder of how close my two countries are, and I don't mean just physically. 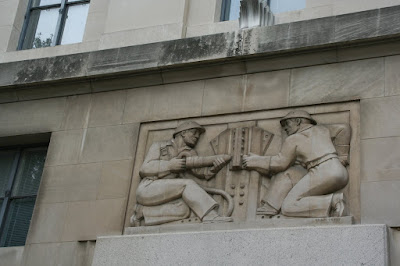 The Federal Trade Commission...seems so Randian thanks to the Art Deco that is used so often to decorate her novels. Figures I guess... 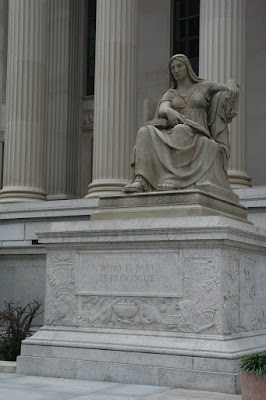 I particularly liked the way the National Archives was done...these two, flanking statues were great, stressing the importance of remembering your past. 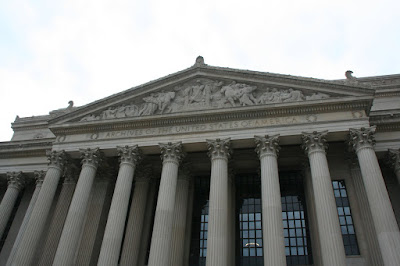 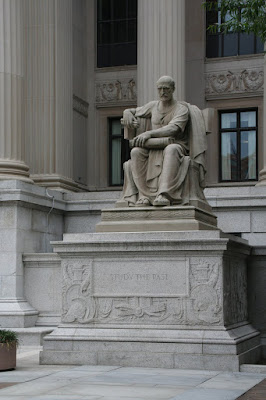 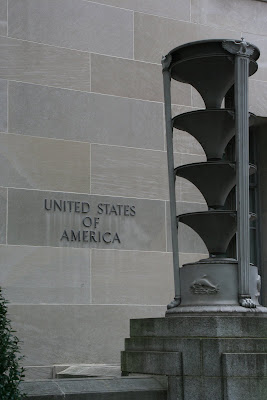 The Federal architecture in the center is quite extreme and just exudes power. 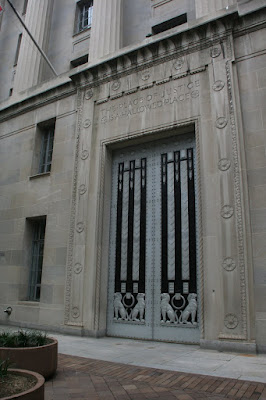 The Department of Justice... 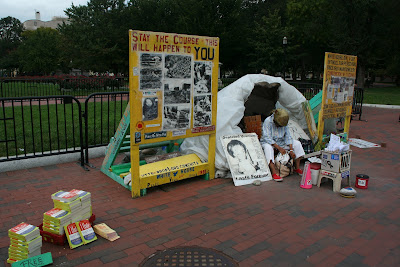 Unfortunately, justice is often a farce. This protest, a vigil for peace in front of the White House, has supposedly been going on since 1981...that's longer than I've been alive. 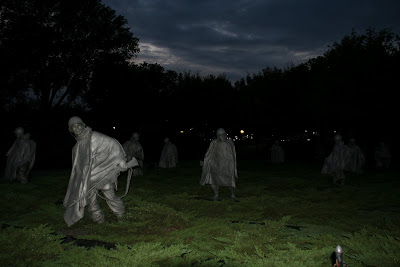 The Korean War Memorial on the National Mall.  Falling between World War II and the Vietnam War in American history, the Korean War often seems overlooked, if not outright forgotten by most Americans.  However, this war split the nation of Korea, leading to the current state of affairs, in which South Korea is an economic powerhouse and high-tech giant in good standing around the world while North Korea is a backward, isolated, secretive, and hostile dictatorship. 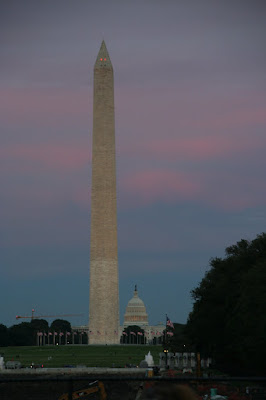 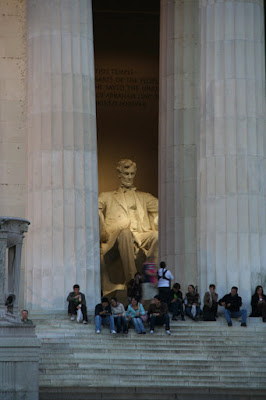 People hanging out at the Lincoln Memorial, with the giant statue of Honest Abe himself lit up in the background. 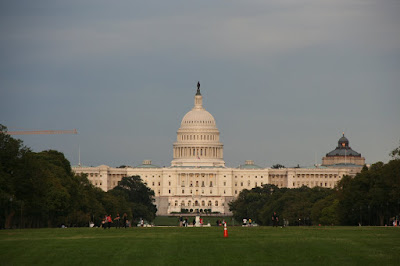 The US Capitol...home of the Senate and House of Representatives, the Legislative Branch of the government and my least favorite politicians.  Enough said on that...this is not a political blog. 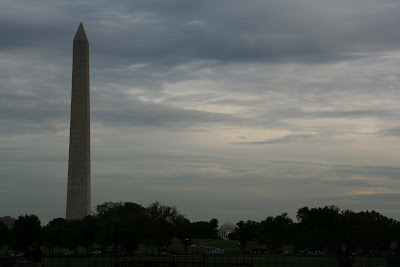 The Washington Monument and Jefferson Memorial from the White House... the US National Mall is laid out in the shape of a (Christian?) cross.  Seriously, check it out on google maps.  The Lincoln Memorial is the top, the Capitol is the bottom, with the White House and Jefferson Memorial being the cross bar, and the Washington Monument stands at the center.  This is no mistake either; Washington D.C. was a planned city, modeled to be a great capital of a great nation (or empire?).  Seriously though, where is the separation of church and state there?  I mean, that is a farce anyway, since most politicians policies are heavily based on their own religious beliefs...but this is not a political blog... 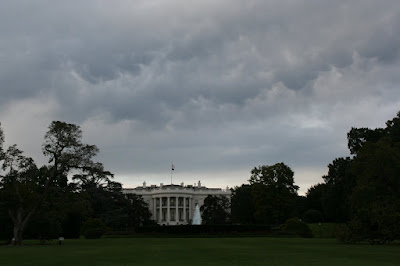 Ominous clouds over the White House...hopefully not a sign of things to come.