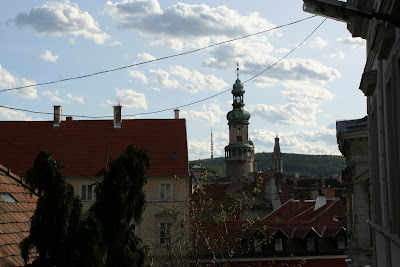 Just across the border from Austria lies Sopron. Amazingly, this border was closed throughout the Cold War, much to the chagrin of the Hungarians. Now, however, the town is flooded with Austrian, German, and other tourists, though for good reason; it is immensely charming, with friendly people and great food! 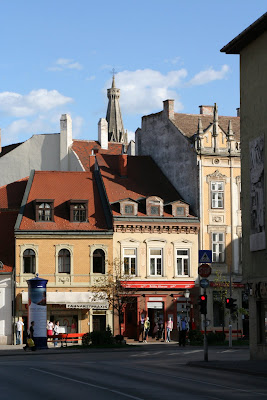 The old town is essentially still fortified. There is a barrier of buildings standing between its streets and the ring road around it, and there are only a few entry points through this barrier. The picture above is on the outside, looking in. 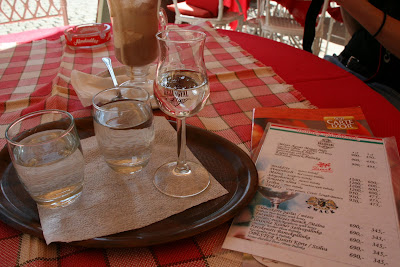 Palinka: Hungarian fruit brandy. I had no idea what this was, but just saw things like apple, peach, and cherry written next to it. Being at a dessert place, I figured it was some kind of fruit dish. Missy and I both had quite the laugh when they brought out this tray with the palinka (in the fluted glass) and two glasses of water! The stuff is quite strong, but really tasty actually! 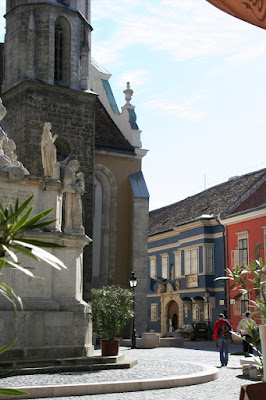 In the Fo Ter, the city's central square. I don't know if Sopron (pronounced Shopron) has World Heritage status, but it should. The old city and the areas around it are beautiful and very well preserved. It's also known as the most loyal city in Hungary, having turned down the chance to become part of Austria several times throughout its history. 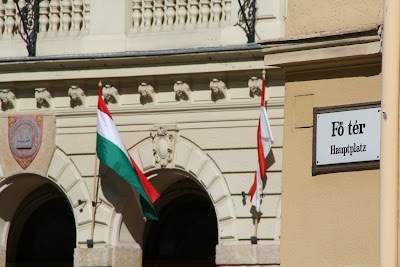 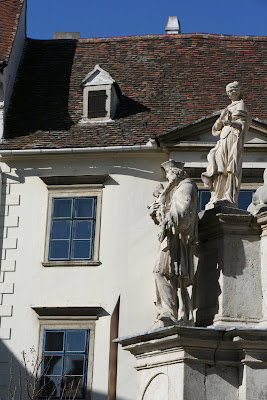 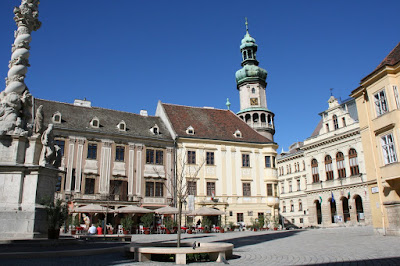 The old fire tower is seen here. It is probably the most famous landmark in Sopron. 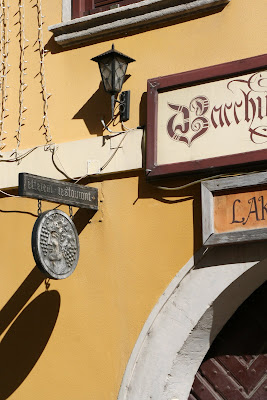 The region is known for its wine, kekfrankos, and there are wine cellars/bars all over the city. Missy and I quite enjoyed these. The wine is dirt cheap and quite tasty, and most of them really are in these ancient wine cellars! They're quite the experience! 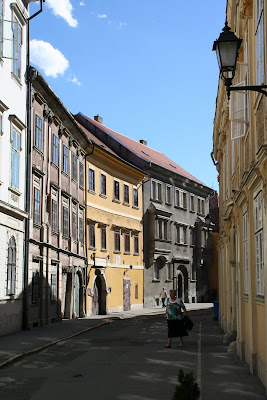 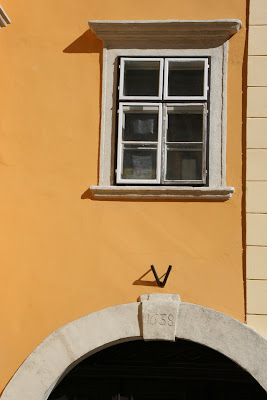 This is one of MANY buildings, just normal buildings, with dates from the 1600s (about as old as any buildings still standing and in use in North America). 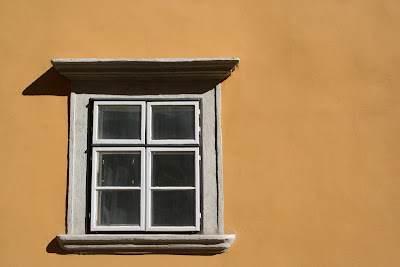 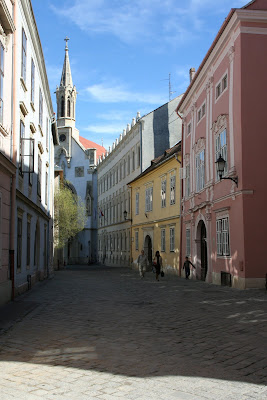 The warm and cool pastel colors of the buildings just adds to the pleasant feeling you get wandering Sopron's quiet central streets. We were there on a particularly quiet day, outside of peak tourist season. However, as soon as you stepped out of the central old town and onto the ring road and beyond, things livened up immediately. 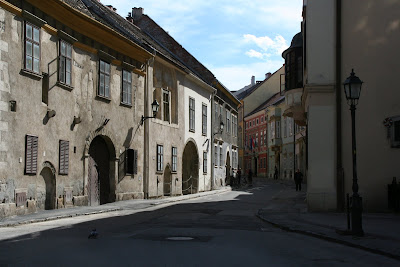 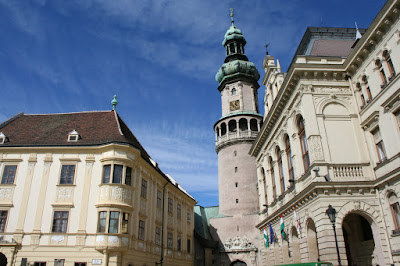 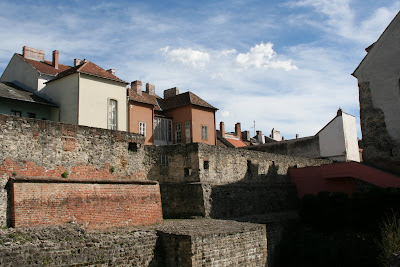 The city's old walls. The foundations are Roman, as there was a fortified Roman town here. Hungary was famous for its thermal baths, which the Romans apparently quite enjoyed! 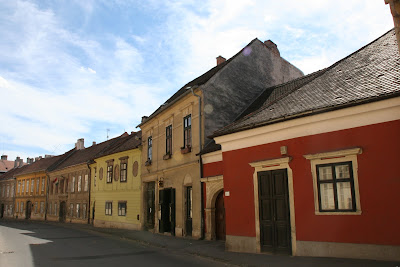 Sopron: a beautiful, quiet little town, perfect for a day or two getaway from either Vienna or Budapest...just be sure to go in the off-season if you're looking for peaceful scenes like these.
Posted by Drew at 8:48 AM