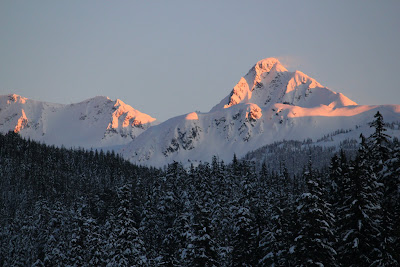 So I mentioned in the Seattle post that we were in the Pacific Northwest (US) on our way up to a wedding in Whistler, B.C. Well, here it is. I had always been really, really anxious to get to B.C. I'd also been genuinely ashamed that I'd seen so much of the world, but hadn't been to Western Canada, my home country that anyone who knows me understands I am VERY proud of! First take: I loved it, and I cannot wait to go back! 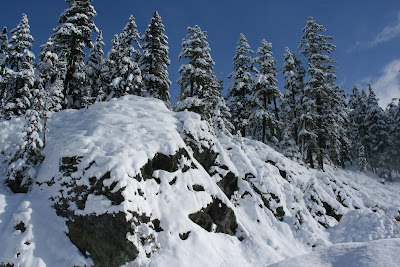 So the wedding was based around a week-long ski trip to the world renowned Whistler-Blackcomb mountains. After a brief, but exciting afternoon/evening tearing up the bars in downtown Vancouver, we took the beautiful Sea-to-Sky highway connecting Vancouver to Whistler and beyond. I don't know where to start on this one. It's like sensory overload up there for me. The geography is a combination of so much of what I love: epic mountains (and lots of them), lush green valleys, the sea and islands. It's a genuinely amazing place. So the above picture shows a fine example of the cliffs that make the skiing/riding so epic here. These suckers will pop out of seemingly nowhere on the mountain...dangerously so when skiing/riding in the trees! So long as you're confident in your abilities, it really adds to the fun, especially when there was as much fresh powder as we got that week! 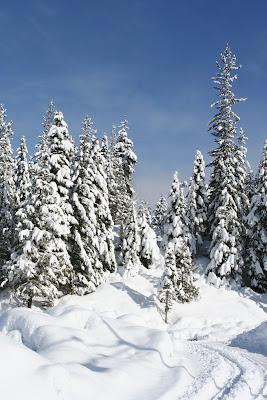 Speaking of fresh powder.... it snowed the first 5 days/nights we were there. The base at mid-mountain was over 15 feet of snow. In one word: AWESOME. Most of these pictures were taken when it all cleared up finally for the last few days we were there. 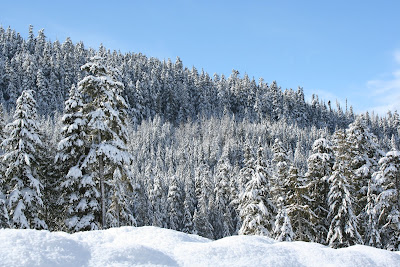 Can you say winter wonderland? If you haven't already figured it out, this is going to be a picture-heavy post. 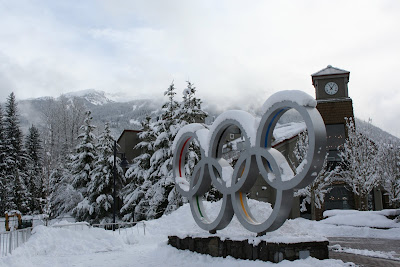 So for those fans of the winter Olympics, Whistler-Blackcomb was an essential part of the Vancouver 2010 Winter Olympic games. 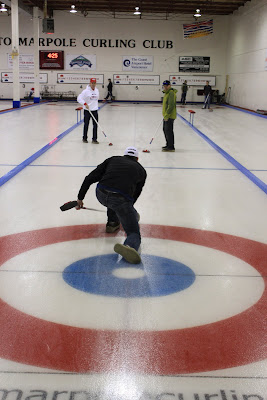 First stop in Vancouver: Curling (also an Olympic sport, and a hell of a lot of fun!). 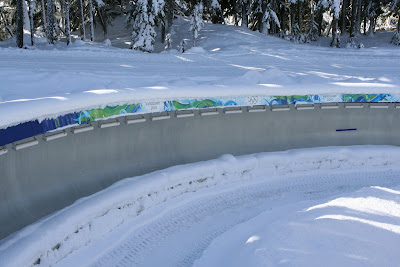 I also swung by the sliding center, used for bobsleigh, luge, and skeleton. The bottom 1/4 or so of the track is open to the public to try out skeleton of all things, though it is pretty solidly booked in advance. 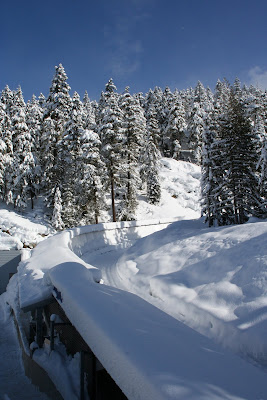 It's hard to believe that those crazy athletes involved in the "sliding" sports barrel down this narrow ice tube at 100 mph. Kind of cool to see in person, and the visitors center is chock-full of great things, including a virtual bobsleigh ride! Seriously, it was pretty neat though...they had an official Olympic torch from the games that you can hold, real bobsleighs and luges, and the podium used for the ceremonies! 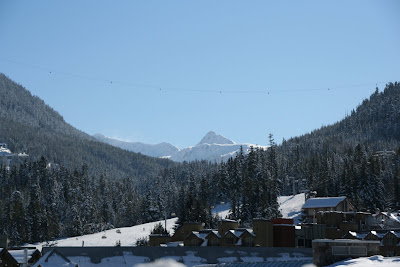 Part of our view from the hot tub of "the Royal Suite" (the decked out condo we crammed into for the week). It was pretty wicked if I must say so myself. We had over 180 degrees of views looking at both Whistler and Blackcomb mountains as well as further up in to the steep-sided valley that the resort lies in. In this picture, you can also see the Peak-to-Peak gondola, which is one of the longest/highest in the world and connects the two mountains. Needless to say, hanging out in the hot tub up there was pretty amazing! 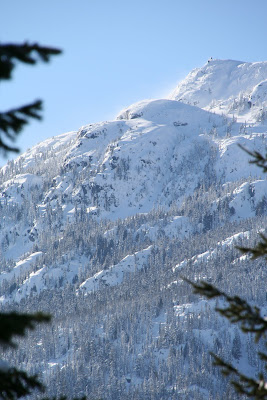 As mentioned previously, I LOVE the geography of this area. Whistler village sits down in this valley (one of many to cut up into the mountains right from the coast), and on either side are these very legitimate and extreme mountains. It was amazing. Even more cool was that you could drive down the valley towards Squamish, very clearly pass through the snow line, and end up in lush, verdant green coastal forest. 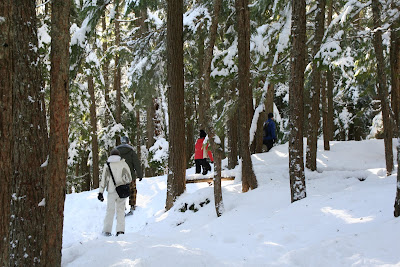 At the Olympic Nordic Center, you can rent snow shoes (as we did) or cross country skis and just wander. There are plenty of great trails and terrain to explore. I'd recommend it as a great way to spend part of a day, especially if you may be needing a rest from the slopes. 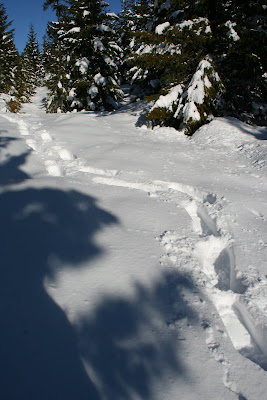 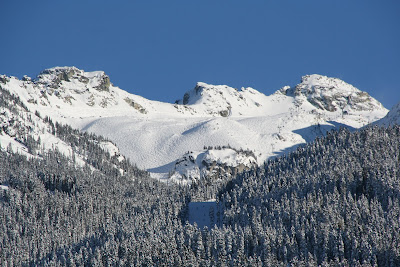 Looking up at Blackcomb mountain from the Nordic Center. Whistler-Blackcomb was very easily the best snowboarding I have ever done. Despite being adjacent to each other, they were both very different mountains to ride. Whistler (up at the top) was big and open, with incredible bowls to just let loose in. Blackcomb was pocked with these epic rock formations and covered in incredible terrain. The rocks made you feel small, very small, almost like you're on some incredible, giant alien snow-world. The terrain was just awesome and very varied; you'd go from glades, to chutes, to small bowls, to woods. Best riding EVER. 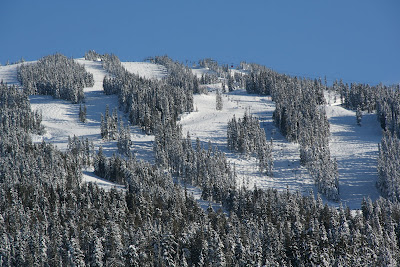 Check out all the little people on the runs...these mountains are huge. The best part is these are only the front-sides. The backs of both mountains are also open. Behind Whistler is more amazing terrain (including plenty of couloirs and chutes to risk), and the main feature behind Blackcomb (aside to more crazy rocks and a couple triple, yes TRIPLE, black-diamond runs) is the larger-than-life (and human comprehension) Blackcomb glacier. 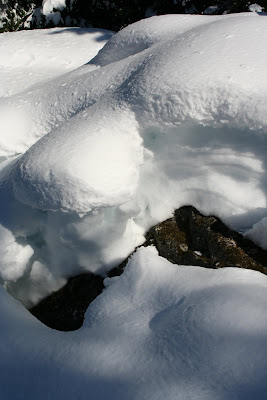 Did I mention that they got a lot of snow that week? 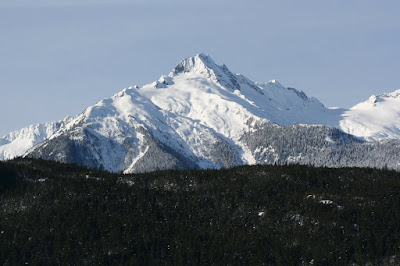 And now some pictures from the drive up the valley. I don't think I need to say much...if you like mountains like I do, then they should speak for themselves. 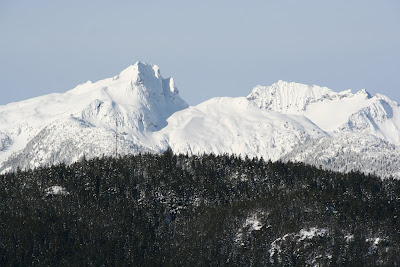 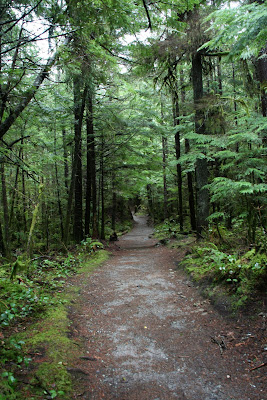 And like I said, down towards Squamish (where the valleys meet the inlet from the sea), you pass through the snowline and find this incredible green woodland. Along the highway, there are lots and lots of trailheads to choose from with hikes ranging from simple (3-5 km) loops through the woods (like we did) to 20km backcountry trips up into the mountains. 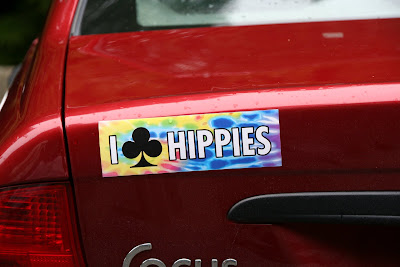 Best bumper sticker ever? It's definitely up there... (we saw this in the parking lot at the trailhead) 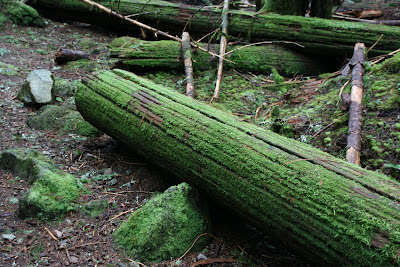 I've never seen a landscape so green. Moss was seemingly growing on everything it could cling too. The woods were dark from the taller growth, but everything seemed to just glow green. It was really neat. I look forward to doing some summer backpacking trips up in this area at some point. It seems like a great place to camp (with appropriate wet-weather gear of course). 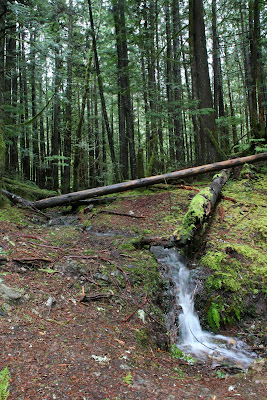 Everything is so green because of the abundance of water. This is of course thanks to the close proximity to the ocean and the coastal mountain range, which force the water-thick air to condense and let loose on the mountains. 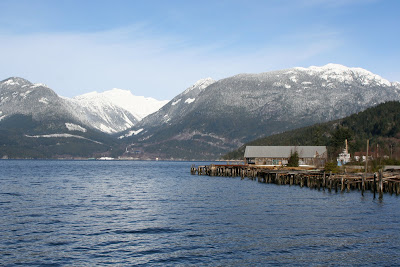 A nice view of the sound at Squamish. I think I've said this before, but glaciers are great. These deep valleys were gouged out by glaciers receding after the last ice age. 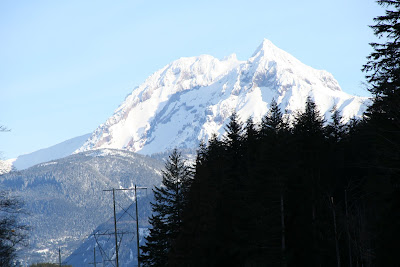 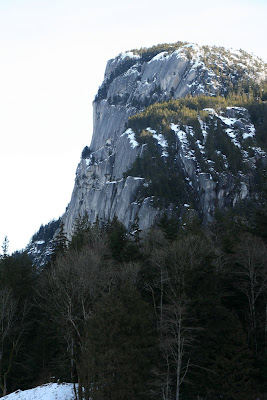 The famous Squamish Chief. This is one of the rock climbing Meccas of the world. 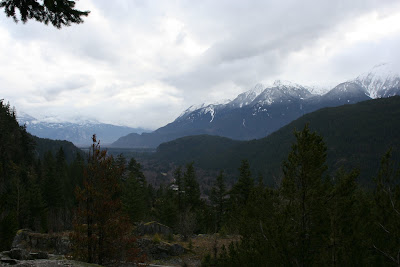 I can't wait to get back to B.C. The place is a nature-lover's wonderland. Next trip will be in the summer, when I can take advantage of the terrain opened up for backpacking and mountain biking! Looking forward to it for sure.
Posted by Drew at 10:30 PM