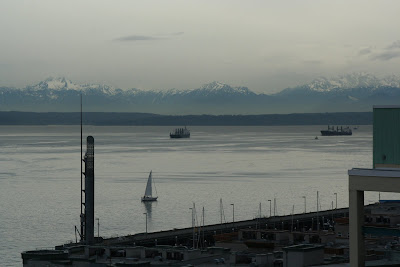 On our way to our good friends' wedding in Whister, BC (next post), we flew through Seattle, since I've been wanting to get a glimpse of the city for quite some time now. We landed in what I consider the stereotypical weather for the city: gloomily overcast with random patches of drizzly rain. Seattle's much smaller than I had expected. I don't know if it was the weather, but there was a very distinct somberness to the city, and I also noticed that there was also a lot of punk and grunge going on amongst the younger generations. Was I just noticing these things because of a predisposition? I hope not...but this definitely made me more aware. 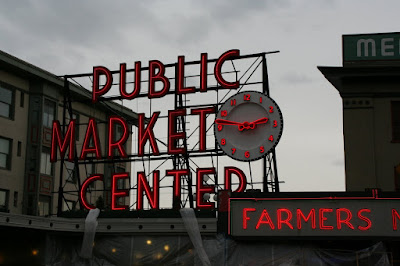 As I'm finding myself doing more and more, our first stop in this new place was the Pike Place Market, right in downtown by the sound. This place was great! There is a farmer's market, with lots and lots of fresh fruit and veggies (see next couple pics), plenty of random specialties (like chocolate spaghetti at a noodle stand, several ethnic specialty shops, and a handmade cheese store), and some bonus stalls. The first of which was a small Chinese stall that sold deep fried chicken guts! It was great! $3 got my friend and I a sizable bag (more than we could eat actually) of chicken hearts, gizzards, and livers, all battered and fried to a level of perfection that would make a certain Colonel proud. I must say, they were quite tasty...particularly the hearts and gizzards. The livers reminded me of deep fried pate, which was hard to get by after the 4th or 5th, but overall, great starter snack and an awesome find for an American marketplace! Next, we stopped for the main course. I got some great fish and chips (though, I must admit, nowhere near London or Kaikoura quality), and Missy got a very tasty burger. I'd recommend this overall...seems to be quite touristy, but the market has maintained its character despite that. 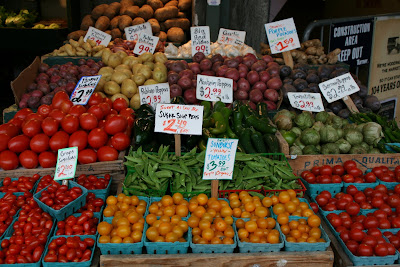 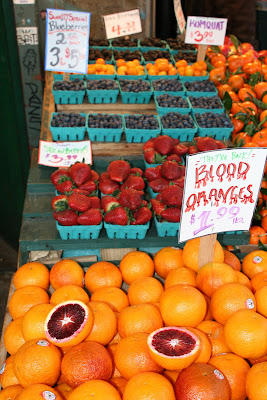 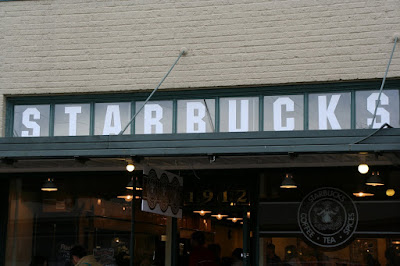 Speaking of touristy, one of the original Starbucks! Yes, you heard it ladies and gentlemen, the Seattle-born standard that started it all and put a cookie-cutter, same-as-the-last, nowhere-near-local coffee shop in every major city and medium-to-small sized town around the world (I have seen Starbucks on 5 different continents now). It's funny to see too that some marketing pud somewhere along the way decided to make the double-tailed mermaid a little more PC by covering up here bare breasts with her hair (compare the one shown here to your local...they changed it). And this place was packed. I stepped inside and got right out of the frenzy to go check out the Mexican grocery right next door, but my friend showed everyone up by ordering a straight black coffee...no sugar, no cream. It was hilarious, while everyone else is waiting 20+ minutes for the EXACT SAME mocha-cappa-frapa-hazelnut-sugary-death-a-cino (grande, aka large...or wait is it really medium?) that they can get at the Starbucks around the corner from where they live, my buddy gets his in all of about 10 seconds. I'm sure the guy behind the bar was absolutely thrilled by the order...finally someone just got a coffee! I think there is a certain kind of mob mentality associated with tourism. 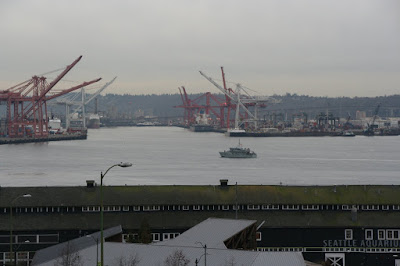 One of the great things about being right on the Sound are the views. Actually, I was very pleasantly surprised by a lot of the views around Seattle. And I didn't get any good shots of glorious Rainier, which we got a teaser glimpse of at the airport through a break in the clouds (at its enormous base; the peak was still above the clouds). Anyway, the surrounding area is amazing geographically. The opening picture at the start of this post looks across the sound at the Olympic peninsula. I certainly hope I get the chance to come back to Washington to do some exploring in and on the epic mountains and volcanoes that they are blessed with. 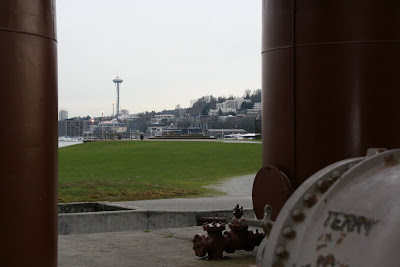 Next stop after downtown, the Gas Works park. This haunting but unusually pleasant public park lies on the ~20 acres of land that used to be used as a coal gasification plant. Gasification is the process that breaks down coal (or other carbon-based materials) into a purer fuel. A lot of the old machinery, pipes, and storage containers remain, and it's pretty neat to wander around and just hang out. 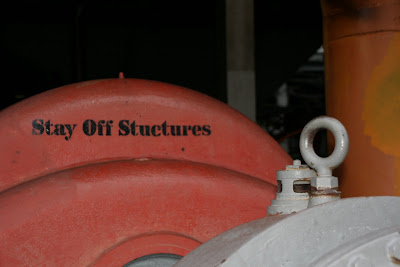 It's got some great views back over the city. If it weren't for those cursed clouds, we'd probably have had a good view of Rainier from there too! 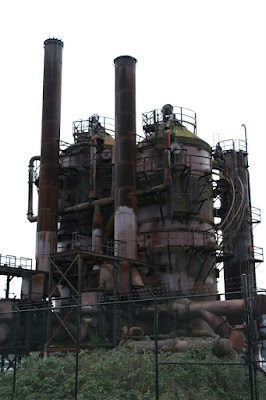 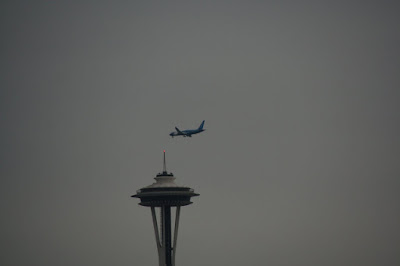 This one pleasantly surprised us. A test flight of Boeing's new 787, which is proving a little troublesome for the aerospace giant, which has some of its major facilities in the greater Seattle area. It is shown here with the Space Needle, which honestly is a lot smaller than I had expected. So don't worry Toronto, it's got nothing on the CN Tower! 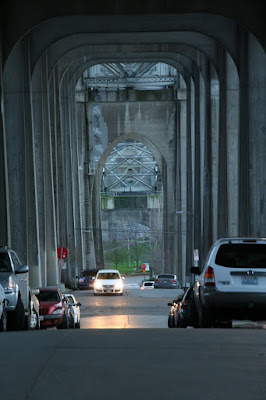 Hearing about a quirky, liberal enclave with a good bar-scene just north of downtown called Fremont, I decided we should stay there. The motels are definitely sketchy, but it is a cool little part of town. I especially liked the statues, like the full-blown (like 16 feet high!) statue of angry Lenin. This gem must be one of the only of its kind (i.e. statues of Communist leaders) in America. But the guy that erected it had good intentions; it was apparently rescued by the purchaser from one of the Baltic states as it was recognized for some unique qualities. Unlike the standard norm, Lenin in this statue is strongly marching out of a backdrop of flames and rifles. His hands are down firmly at his sides (no proud display of the red book or friendly waving of his hat here folks) and his face is definitely stern. The sculptor was from one of the Eastern block nations that was not too happy to be part of the USSR apparently! Sorry no pictures here, but I was only there at night and I didn't have my camera with me (just google image it!). Another cool statue is the troll under the bridge... 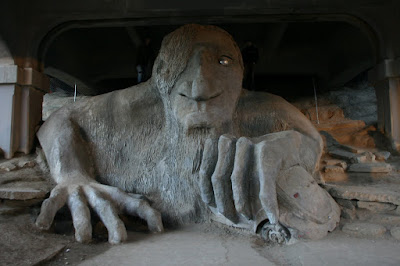 Yes, this is a troll statue. Yes, it is under a bridge. Yes, that is a full-sized Volkswagen Beetle it is crushing in its enormous left hand. Seriously, I put my head inside its cavernous nostril; this thing is big. And awesome. Quirky things like this should be more common...but then maybe that would take that special feeling away when you come across one. I don't know, but I like this a lot. Overall, Seattle was neat. A little stereotypical, but the city had a Hell of a lot of unique character traits that I wish a lot of other cities around the US could boast.
Posted by Drew at 8:39 PM