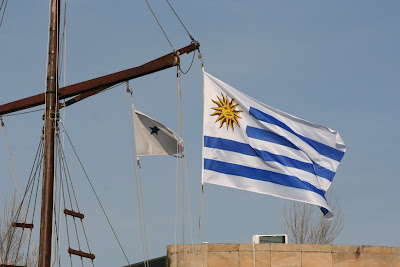 Another possible daytrip (though I'd recommend a weekend if you have the time) from Buenos Aires is a hop across the estuary to Uruguay. International ferries depart frequently each day, and it couldn't be easier to check out this smaller buffer state between Argentina and Brazil. 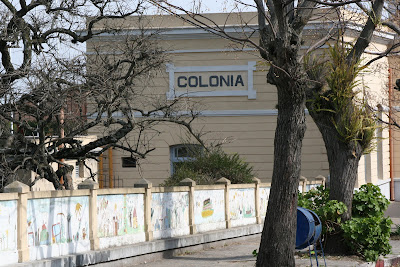 I LOVED Colonia. It is the definition of pleasant, and I found the Uruguayans to be remarkably friendly and polite (they reminded me a lot of Canadians). Supposedly, Uruguayans have the reputation of being the friendliest of S. American people, and from what I could see, it is a well deserved title. Colonia is a little vacation town on the coast, literally right across the Rio de la Plata estuary from BA. Compared to the bustling metropolis that is modern Buenos Aires, however, Colonia is about the furthest thing from it. 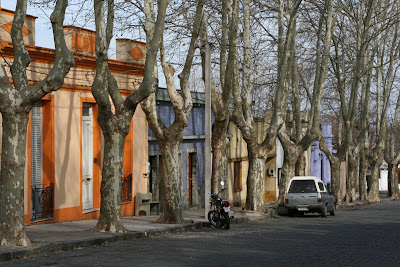 Central Colonia's streets are all tree-lined...and they have those wonderfully colorful buildings that I love about South America. 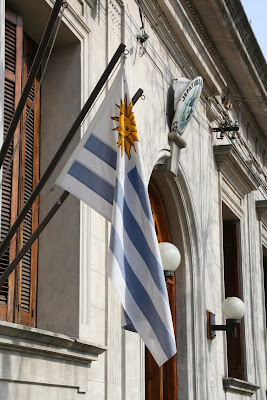 They certainly are proud. It was easy for me to find my Uruguay flag patch, and the flag was all over the place. They should be proud...they were originally formed by colonial powers to serve as a buffer zone between the large powers of Argentina and Brazil, but from this, they have formed a national identity and culture and have many things to be proud of. The country is similar to Northeastern Argentina in many ways...including the taste for the best beef and wine as well as yerba mate, an herbal drink that provides a caffeine-like energy boost and is sipped day-(and night-) round by people from carved gourds, which make great souvenirs. 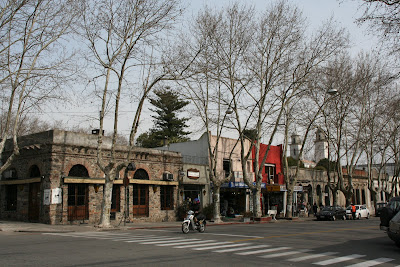 Peaceful and pleasant. I felt very, very safe wandering around town. I talked to a few people as well about Uruguay...they told me it was no problem to walk around most of the country with no fear of being robbed. The only exception was parts of Montevideo. Their take on BA was totally different though...they warned me again and again to be careful about my camera and money there. 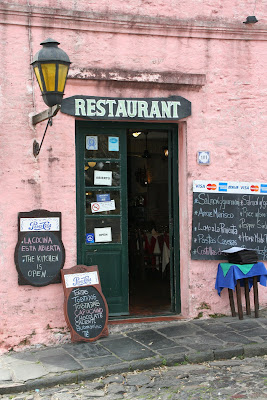 Great food at this little place, which had taken over part of the street. As expected, the cuisine is protein-heavy. They also had these awesome little desert cake/cookies. 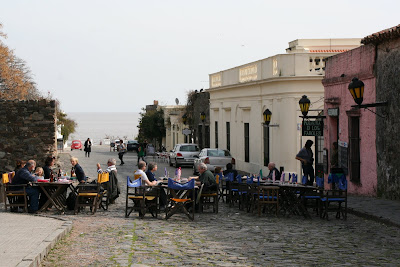 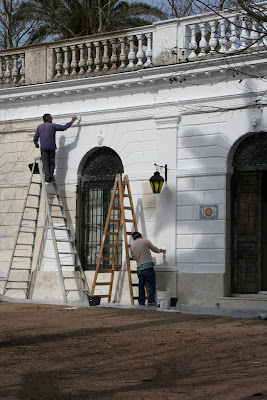 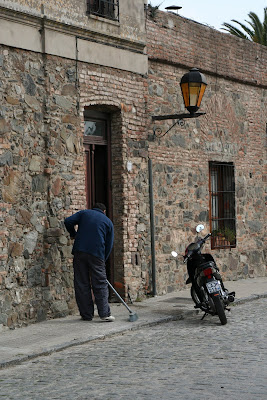 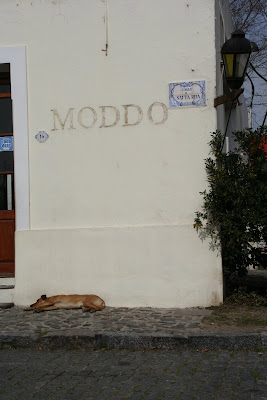 Stray dogs? I don't know...but they seemed very, very happy with where they lived. I think most of them were probably owned, but had free-reign to just wander the town. They all seemed well-fed, friendly, and happy...and there were a lot of them lounging around. 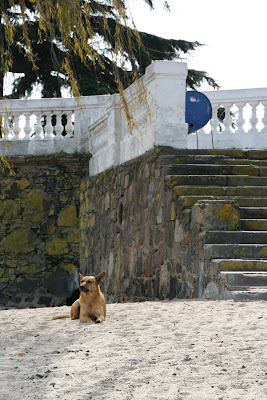 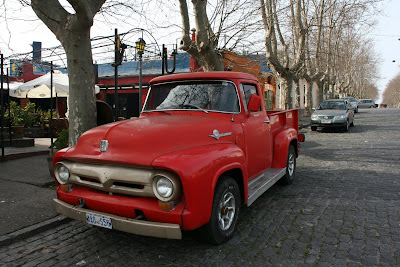 Outside of Havana, Cuba, Colonia has one of the largest numbers of classic vehicles still in use...it was incredible. 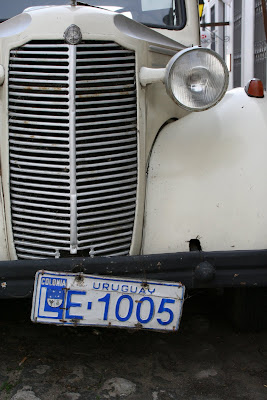 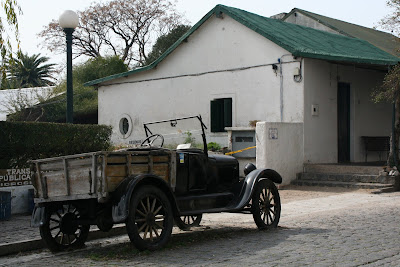 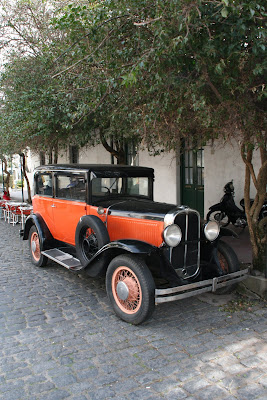 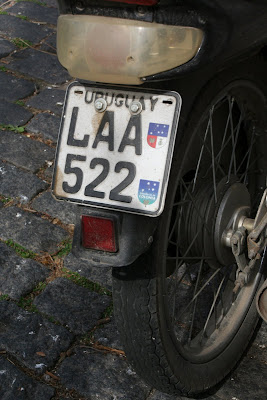 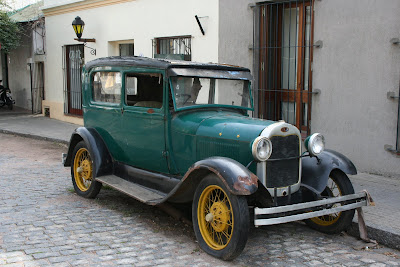 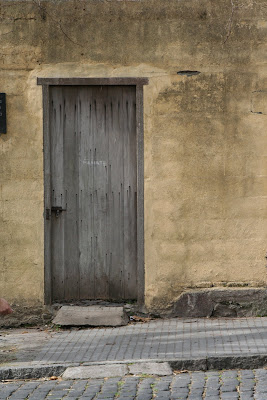 Amazing how architecture can have such a personality to it.. 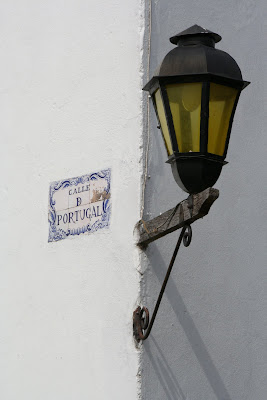 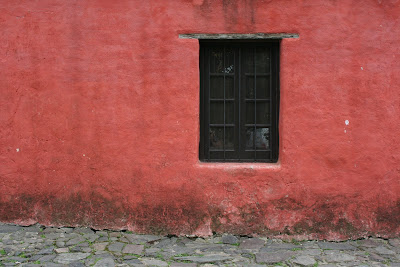 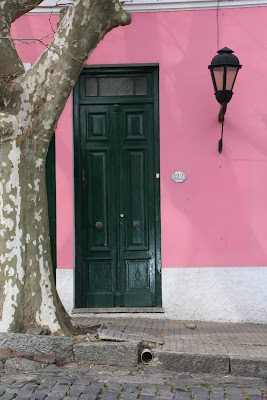 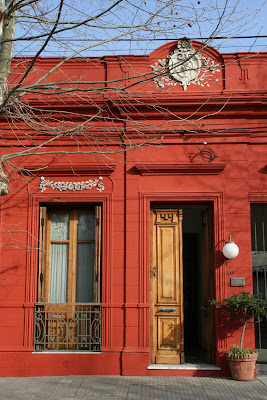 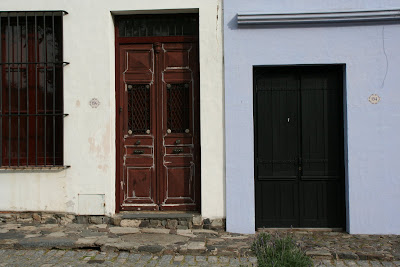 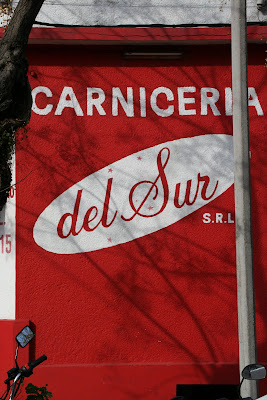 I spent the day mostly wandering town...stopping every now and then for a coffee or treat at a cafe or to take a peak in one of the shops. It was so great and the town is so very photogenic. 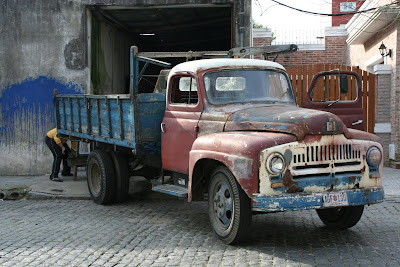 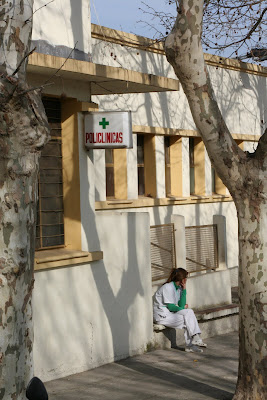 Life here seemed slower, more at peace and relaxed. That feeling passed on to me almost as soon as I stepped out of the ferry terminal and into town. At first it was eerie and unrecognized, but as the true meaning of the feeling dawned on me, I liked it a lot. 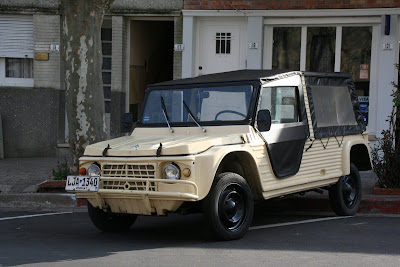 There were several of these old "cars" around...no idea what they are. 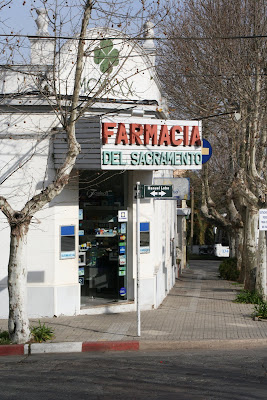 Here in Colonia, I developed a strong desire to return to Uruguay... to devote a week or two to this small country and hopefully just relax, enjoying the friendly people, local food and wine, and pleasant atmosphere. 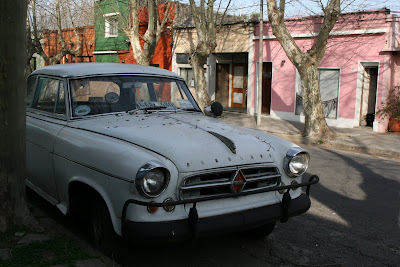 I like Colonia very much, the houses, the place is so picturesque. I went to Colonia while I was in Argentina. I have rented some buenos aires apartments. It was a very nice trip, in general.