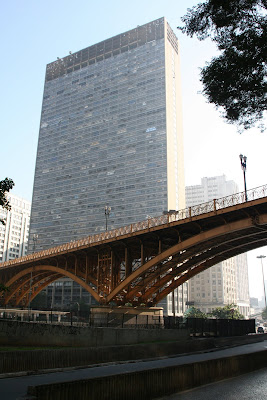 I had a full day in Brazil's largest city, Sao Paulo. As a massive city, one day is nowhere near the amount of time you would need to get to know it, but I figured I should at least get a brief sample of the place. From the enormous rodoviaria (bus station), I took the city's excellent metro service around all day, popping up to check out different places around town. 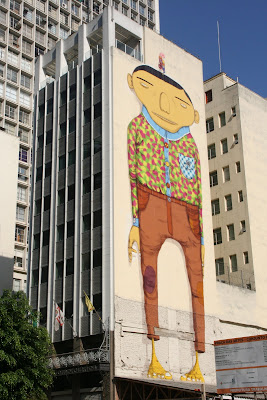 Like Rio, there was some AWESOME street art around the city... this massive mural was one of my favorites. 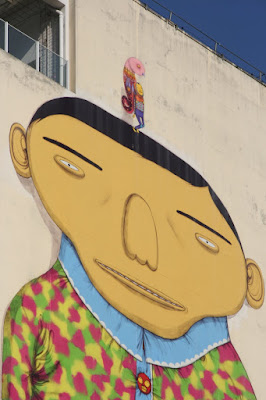 Check out that detail...amazing.
The seemingly ever-present Brazilian flag in graffiti form below: 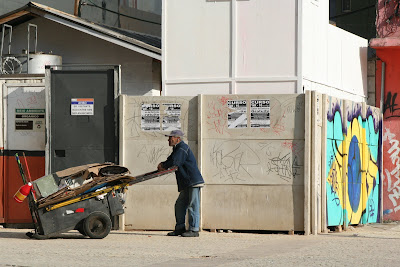 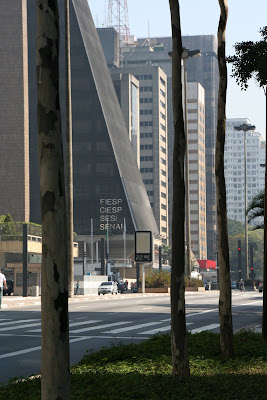 The Avenida Paulista, Sao Paulo's version of 5th Avenue. It is lined with these interesting skyscrapers; there is apparently an architect's war going on here...with each trying to do something more unique than the last. It's neat, but really, I'm not a big-city kind of guy. I did manage to find a cool little cafe here, which made for some great relaxation and people-watching over a nice coffee. 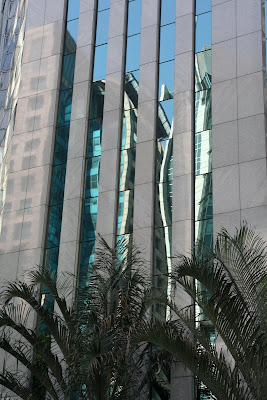 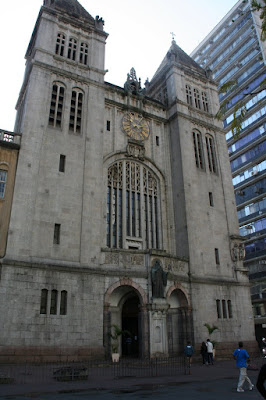 I had some really lucky timing at this cathedral. The monks in residence here do an amazing chorus only a few times each week, and I caught one! My luck didn't last all day though...the thing I was looking forward to most was the city's main market. It is supposed to be an incredible display of the wealth of foods that Brazil can maintain, and there are supposedly some great stalls to catch a bite to eat. I spent the good part of an hour wandering the streets (nothing is on a square grid there, and street signs are difficult to spot if they exist at all) trying to find it. With the help of a couple of police officers, a store-owner, and a taxi driver (stopped on the side...I didn't just get in and take the ride as I knew I was pretty close), I found the market closed. It was the only day that month that it was closed. 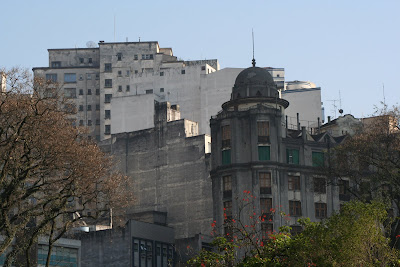 Much of the city I saw was very run down. I didn't feel at all safe wandering around there, though there was a pretty significant police presence. There is evidently a very large homeless population in Sao Paulo too, which is sad. 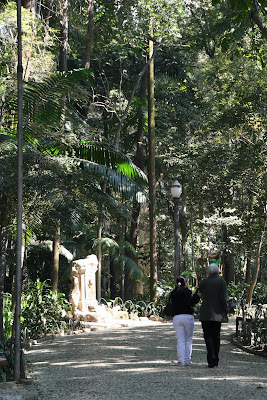 This was a pleasant surprise. Being quite sick of wandering the city, I stumbled upon this park along Avenida Paulista, the Parque Siqueira Campos. This park has preserved the lush forest that used to cover the area on which the city has claimed. It was beautiful and so pleasant and peaceful. It is heavily used by the locals too, which is great to see. It's sad though that such beauty has been replaced by the concrete jungle and enormous sprawling suburbs that is now Sao Paulo. Overall, I felt that a day was enough for me in the city...just not my type of place, and when I return to Brazil, I don't plan to spend any time there.
Posted by Drew at 2:05 PM