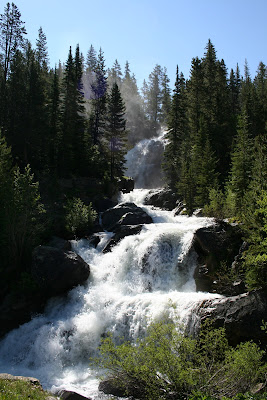 4th of July weekend, 2008. A small group of us had wanted to get into the heart of the Indian Peaks Wilderness to see Lone Eagle Peak for quite some time, so we planned a trip over the long weekend. The small group exploded quickly into more than a dozen friends (and 3 dogs) that were up for the long, ~8 mile each way, hikes in and out and 3 days of backcountry camping without fires! The picture above is of one of the more spectacular waterfalls we passed on the way in. 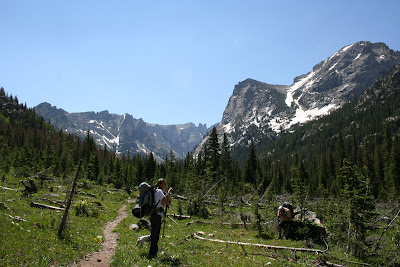 Missy and Bailey about 2.5 miles away from the campsite. Each of us was carrying our own gear, food, and water for the 3+ days we were in the wilderness....plus every other person or so also had a tent.... and Jack also had a wiffle ball set (according to him, it wasn't 4th of July without a baseball game or something like it). Most of the packs weighed between 20 and 30 lbs.... so needless to say our backs and shoulders and legs were happy to finally make it to the campsite. 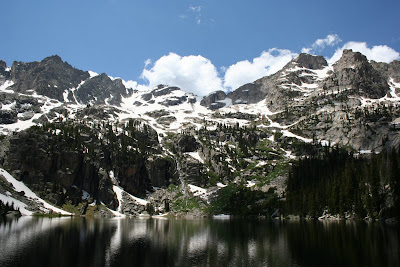 One of our first views at Crater Lake, where we camped. 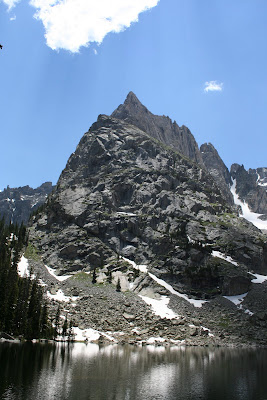 Our first view of Lone Eagle Peak, our initial inspiration for planning the trip. 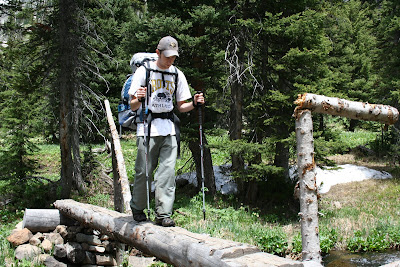 Me crossing one of the many makeshift creek crossings. 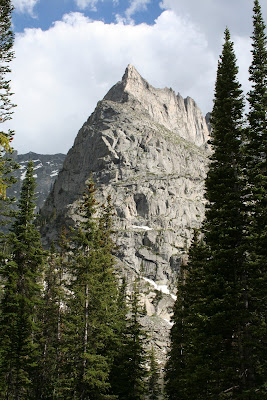 Lone Eagle through the trees... 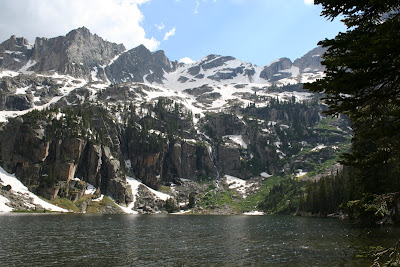 Crater Lake is surrounded on all sides by 12,000+ ft ridges... makes for quite a spectacular setting. It was definitely more beautiful than any of us had imagined. 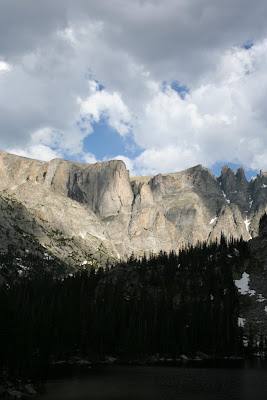 Nearing sunset on the first day. 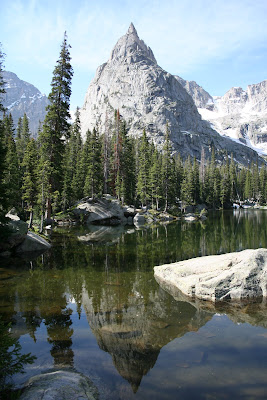 Smaller than Crater Lake, Mirror Lake is aptly named. It was pictures like this one, with the perfect pinnacle of Lone Eagle viewed head on like this, that inspired us to go up there. We originally wanted to climb the peak (a class 4 scramble is the easiest route), but once there, we opted to just relax (mostly) for our full day and enjoy where we were. 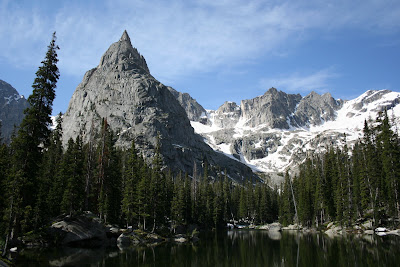 Another of the views from Mirror Lake and by far my favorite picture from the trip. 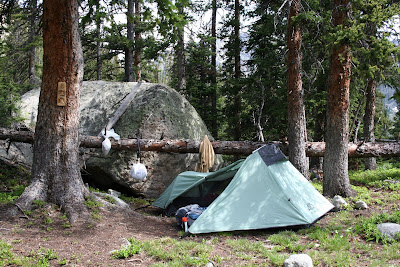 My tent: home for Bailey, Missy, and I for the weekend. It was July, but at almost 10,400 ft altitude, the air was only warm in the Sun, and as you can tell from the pictures, there was a fair amount of snow left up there. Our worst bit of weather came in the form of a short, but solid bout of rain and hail. Overall, we did have great weather though. 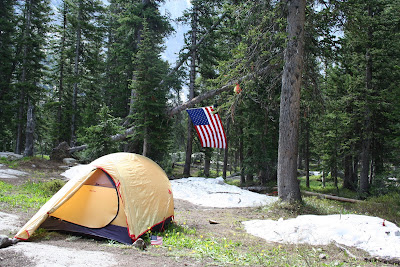 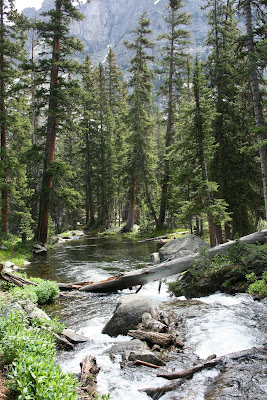 Along the creek connecting Crater and Mirror Lakes... 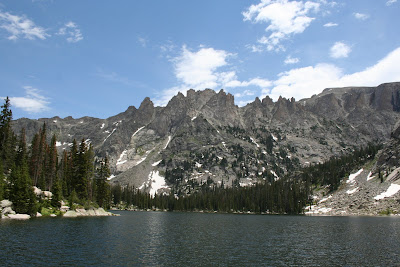 While most of the (harder-core) crew tried to tackle the West ridge line, Missy and Bailey and I took a more leisurely hike partway around Crater Lake. This is looking back East from the West shore. 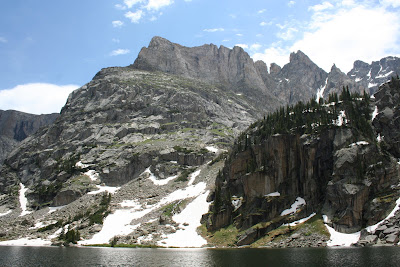 Lone Eagle's true form is given away from the West side of the lake. What appears to be the "perfect mountain" from the North is really just the end of another ridge. Lone Eagle's summit isn't even the highest point along the line! 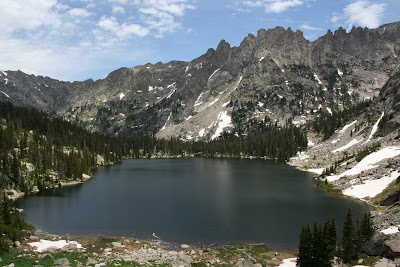 Missy and Bailey waiting on one of the bigger rocks below, I climbed up a bit for a better vantage. From up here, I enjoyed full views of Crater Lake like this. 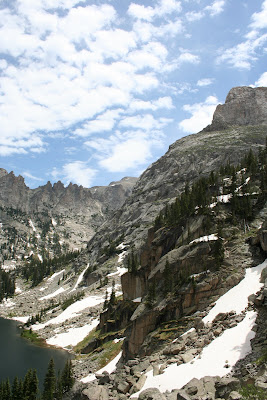 Another profile of Lone Eagle. 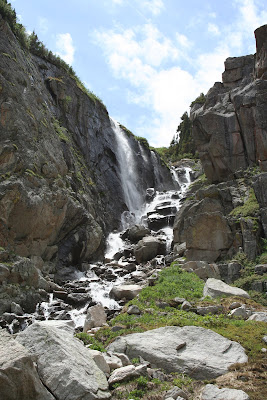 I went partway up this waterfall. Turns out the rest of the crew took this the entire way to the top before doing a bit of glissading down the larger snowfields above. 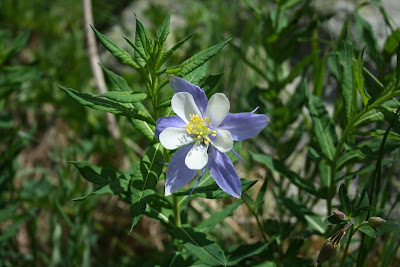 The ever-present, and ever-beautiful Colorado columbine. We actually saw a few red columbines on the way down. According to Jack, our local expert, the red ones are extremely rare... he had never seen one before this trip! The red ones were much smaller and not fully in bloom, so they weren't as photogenic as the one above.
Posted by Drew at 7:33 PM