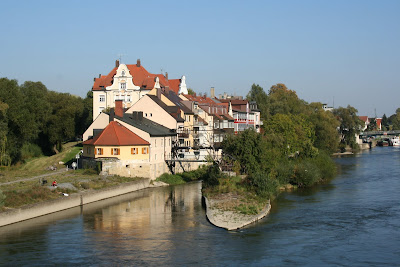 Houses along the Danube River in Regensburg, Germany. We came to Germany for our last three days of the trip, first arriving in Regensburg for a day before moving on to Munich for Oktoberfest. 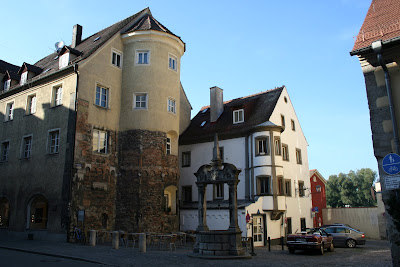 Regensburg is a beautiful old city. It was fortunate to be left untouched by the fighting in World War II making it one of the few German cities with a medieval city center. 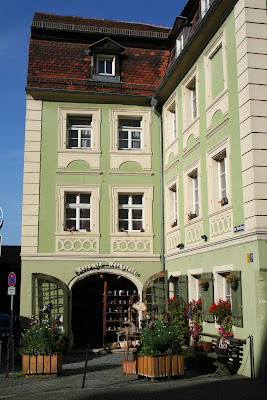 I found Germany to be amazingly pleasant, with kind people, good food, and a very welcoming atmosphere. It is so hard to believe that this country was responsible for both world wars. 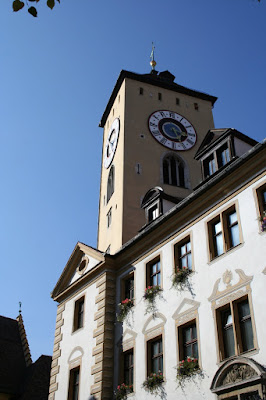 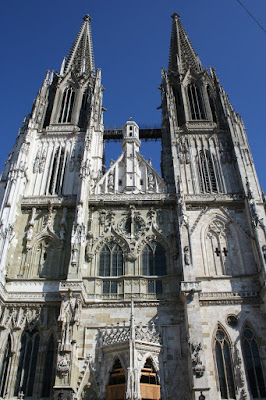 Regensburg also has a massive cathedral that was started in the 1200's and took 600 years to complete! 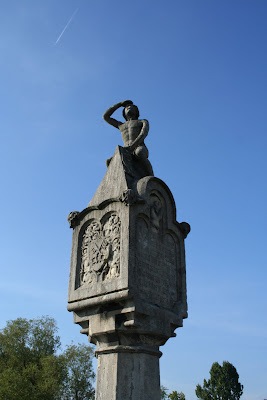 This was a statue on the old stone bridge crossing the Danube. 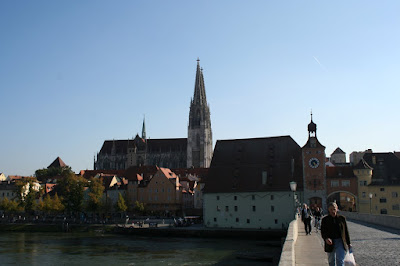 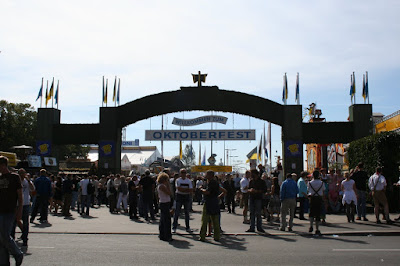 Oktoberfest! This is the entrance to the Theresienwiesen: the large park in the center of Munich that is overrun by thousands of people celebrating for Oktoberfest. The festival was started as the wedding celebration of King Ludwig of Bavaria...it must have been one hell of a wedding because the Oktoberfest has been celebrated since and consists of two full weeks of festivities! 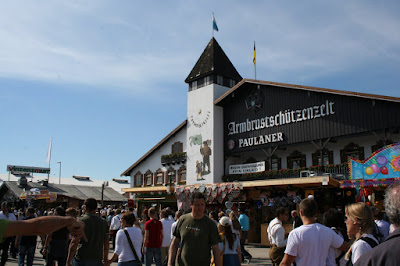 One of the Paulaner beer tents. They call these massive structures tents, yet they are obviously something more than that! Yet the industrious Germans tear these down at the end of festivities each year and then start rebuilding each August. The tents in the Theresienwiesen are the center of festivities; the largest of them can hold several thousand partyers! 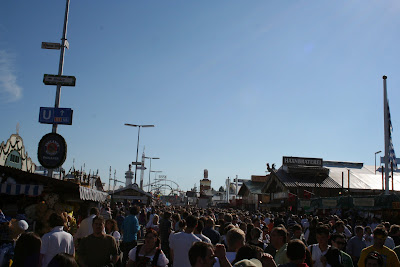 There were sooooo many people in Munich, and particularly in the Theresienwiesen. 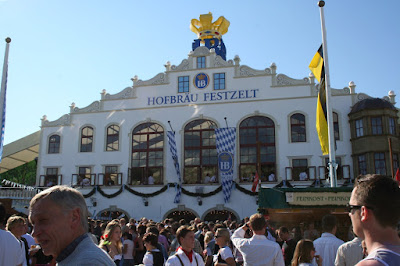 Another of the larger tents. 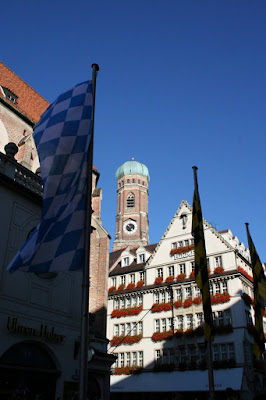 The checkered blue and white banners represent the flag of Bavaria. This was going into the Marienplatz: Munich's central market square. The tower in the background is one of the two cathedral towers. 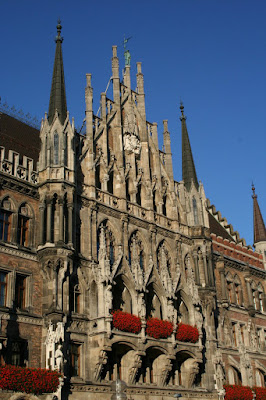 In the Marienplatz. This is the new town hall, which was built in the late 1800's... "new" is an interesting word to describe it. 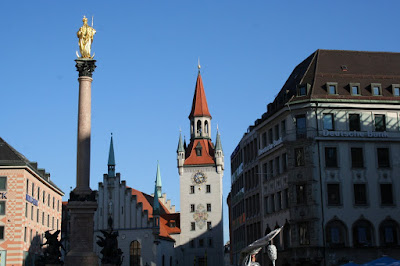 More of the Marienplatz: this central column is the Column of St. Mary and was put up to celebrate the end of the Swedish invasion in 1638. The building with the tower in the background is the old town hall, which was built in the 1400s. I still cannot say enough how clean and pleasant Regensburg and Munich were. Plus, the German countryside we saw from the trains was just as warm, pleasant, and inviting. The Germans have a beautiful country. 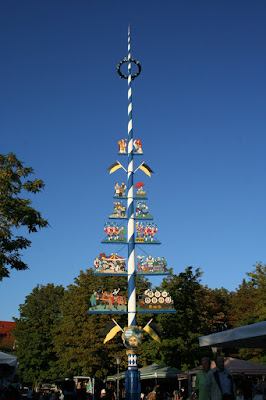 A pole in the Viktualienmarkt, another historical market in Munich. There was an awesome beer garden here which we used as a base for much of the afternoon. 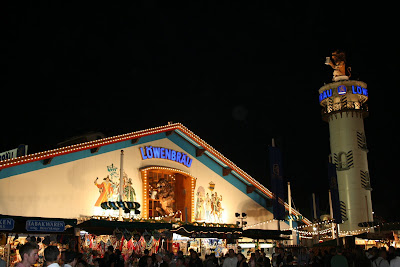 One of the Lowenbrau tents lit up at night. 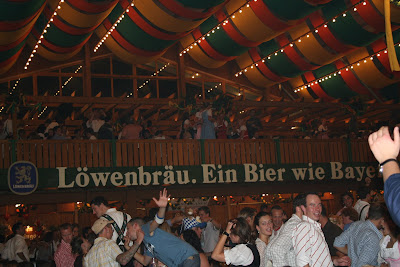 We got into one of the tents around 8 in the evening. The celebration inside was amazing...with a big brass band, liter mugs of beer in everyones joyous hands, and plenty of dancing on the tables!
Posted by Drew at 3:18 PM