Pikes Peak and Garden of the Gods 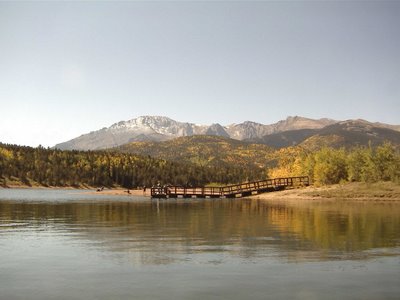 Pikes Peak in all its glory seen from Crystal Reservior on the way up the Pikes Peak highway.
The highway is a road that allows people to drive all the way to the top...14,110 ft. As a 14er (14,000 ft+ peak), Pikes is one of the highest mountains in the United States. 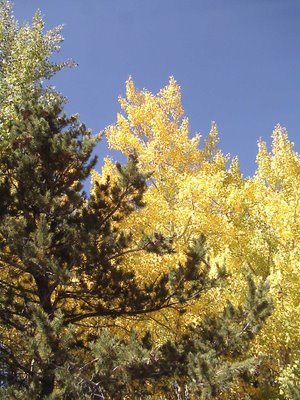 As can also be seen in the first picture, the Aspen trees have started changing colors...and are they ever beautiful. The bright yellow contrasts so well with the evergreens and bright blue sky. 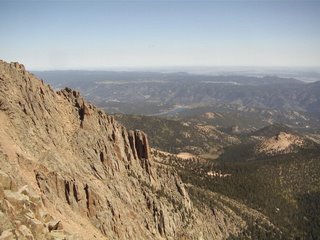 View down on one of the reservoirs from the road up to the peak. 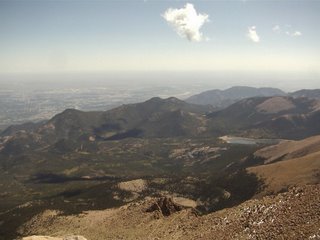 View looking Southeast from the peak. Colorado Springs is the city seen at middle left. 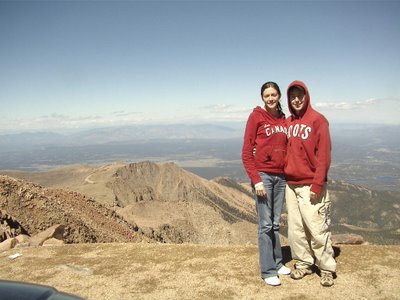 Missy and I at the top of Pike's Peak. 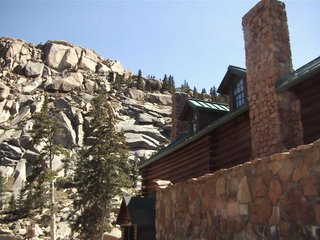 A cabin on the way up. This is right around the tree line and now houses a gift shop. It is an older building though and was used by early climbers as a shelter. They have some interesting factoids about people who have summited before too. For instance, one man once pushed an egg all the way to the top using his nose. It took him something like 23 days...why anybody would ever want to do this? I cannot say. He has been immortalized though on one of the information placards...but would you really want to be remembered for this of all things? 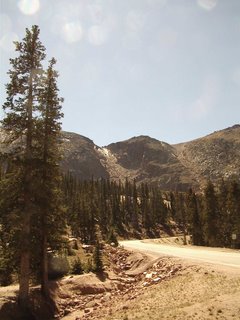 Another view on the way up. Parts of the road are paved, and some parts are just dirt. There are very few guard rails and when you get up above the tree line, you become very, very aware of this. Its an amazing drive and its tough being the driver. The whole time you just want to be looking all around, but with thousands of feet of air just over the shoulder, its pretty important to keep your eyes on the road! 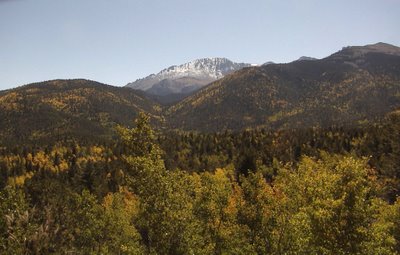 Another view showing the beautiful colors and scenery we were lucky enough to be surrounded by. 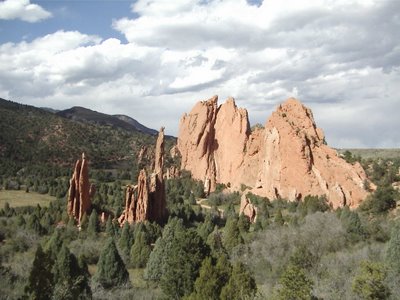 Garden of the Gods, a park along the road between Colorado Springs and Pikes Peak. There are some amazing rock formations here with some awesome hiking and climbing oportunities. The best part is that it is 100% free to visit! 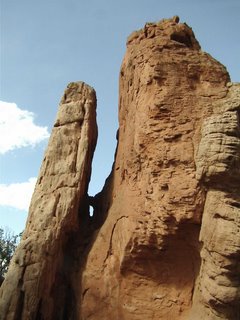 You really cannot get a sense of how high these rocks are unless you are actually there gazing up at them. The colors of the rocks really remind me of Uluru and Kata Tjuta in Australia's Red Centre. These are nearly as large as those, but grand and beautiful nonetheless. 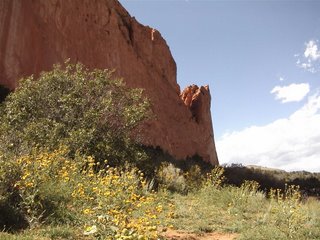 Fortunately, all of the wildflowers are still alive and kicking here in the middle of September. 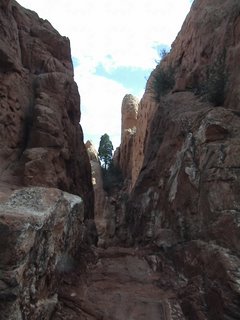 I nice big crevace. I just loved that tree in the middle in the background. The crevace can be followed all the way up to it too...so neat. 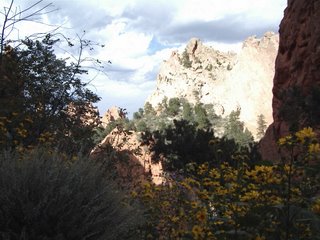 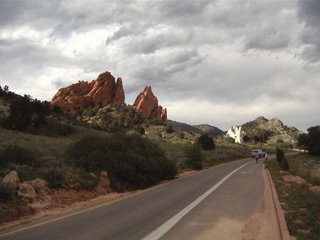 An example of some of the rock colors at Garden of the Gods...that bright white rock and the rusty orange of the others. 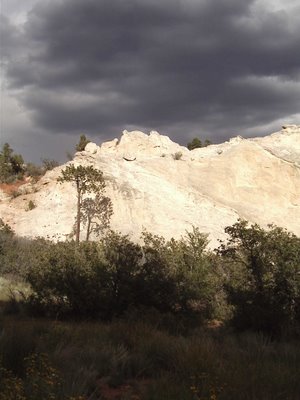 Here is the white rock from the last picture. The tree kind of gives you a sense of how large these things are.
Posted by Drew at 11:50 AM

Hey, I used to go hiking there....now I really am homesick!

Amazing shots!! Will have to go there sometime soon as well!