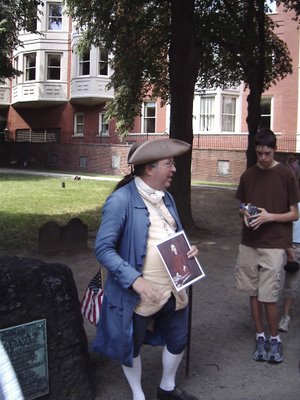 Boston City Freedom Walk tour guide...gets you in the mood for a revolution! 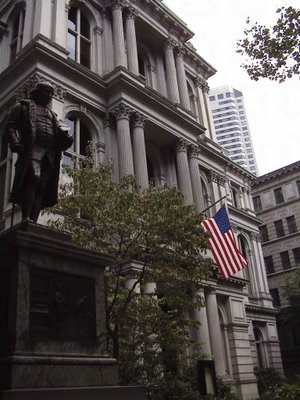 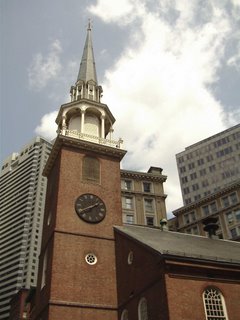 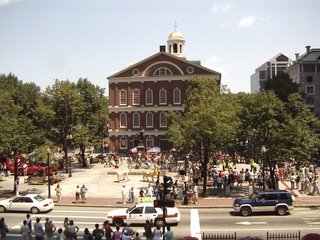 One of the various historic buildings and plazas along the Freedom Trail: a little red brick path that leads followers to Boston's various (and many) historical sites. 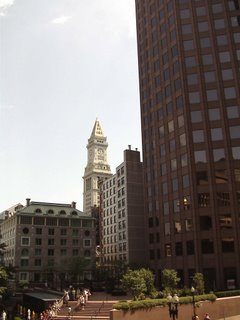 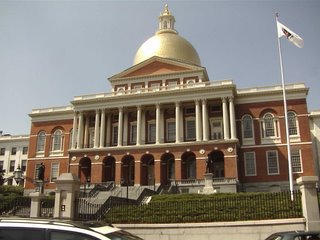 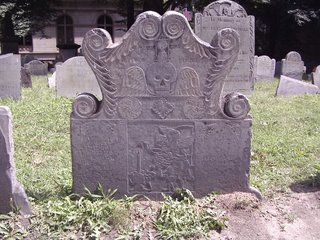 Cool headstone at one of the nation's oldest graveyards.
Gotta love the various angelic and skeletal images! 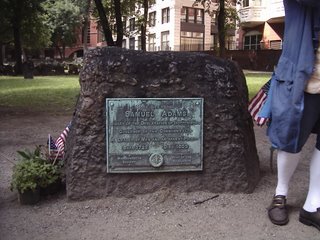 The grave of Samuel Adams, one of the heroes of the American Revolution. He also was the son of the owner of a malt factory and a lover of good beer. For this reason, Jim Koch, the brewer of Samuel Adams beer, named his award winning beer after him. We took a tour of the Boston Brewing Company (Jim Koch's Samuel Adams brewery). It was AWESOME! A definite recommendation to anyone that goes to visit Boston. Also notice the dress of the guy standing by the grave...Boston tour guides dress up like 18th century figures...really cool stuff, but they must roast in those wool clothes and the 90 degree heat! 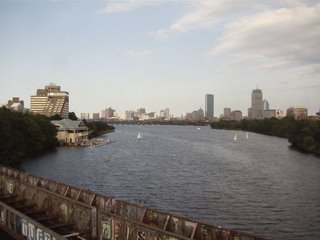 The Charles River and downton Boston from the Boston University Bridge. 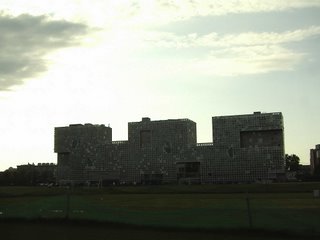 Massachusetts Institute of Technology, one of the world's most prestigious universities. It also has some incredible examples of extreme architecture all over campus. 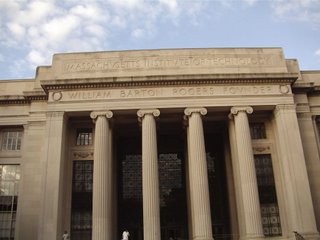 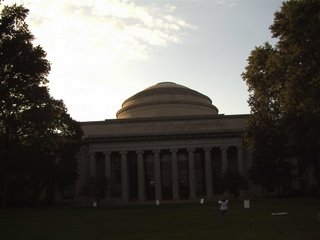 The main building on the MIT campus. It is a gorgeous structure with names of the greatest minds from our history inscribed all over its various wings and halls. 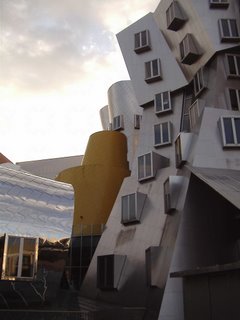 Another awesome building on the MIT campus 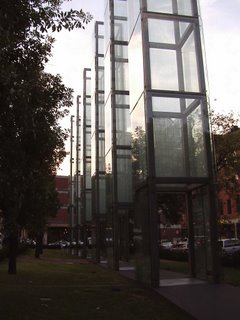 The Holocaust Remembrance Walkway...these six pillars are etched with the identification numbers from all of the prisoners of the various Nazi concentration camps. This was a very somber but powerful memorial. It was erected so that we never forget the attrocities of Nazi Germany, so that we are vigilant in order to never let such horrors happen again.
Etching from one of the pillars:
"Nothing belongs to us anymore.
They have taken away our clothes,
our shoes, even our hair.
If we speak, they will not listen to us.
And if they listen, they will not understand.
They have even taken away our names.
My number is 174547, I will carry the tattoo
on my left arm until I die."
Posted by Drew at 4:08 PM