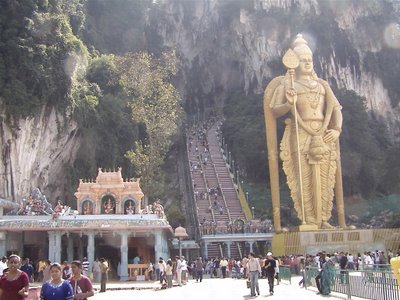 Batu Caves in Kuala Lumpur.
The caves are used (and have been used for hundreds of years) as a Hindu holy place.

So while I was in KL, I stayed with this amazingly friendly and generous family, the Chins. I mention them throughout this post since they were my guides for this part of my trip. They showed me around KL, gave me a nice and safe place to stay, fed me (food was great too, even the pork bone soup and rice for breakfast, which is a Malay dish), and helped with all my travel arrangements to get about the country. I was so lucky to have met them (Mr. and Mrs. Chin were on my bus from Singapore) and I cannot thank them enough for all they did for me! 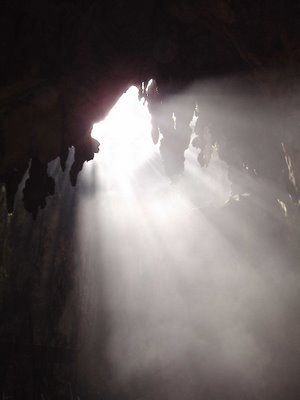 I just had to put that in....being in the massive cavern, it was easy to understand how early people could have taken it to be such a holy place 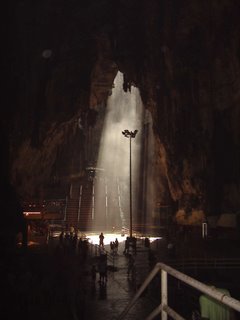 Inside the main cave...there were also lots of statues and little shrines to all the various Hindu gods 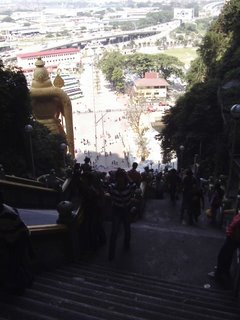 The stairs were really really steep 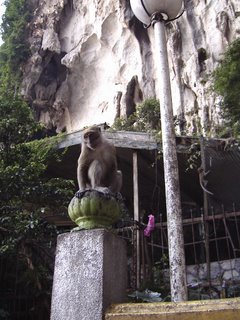 There are a bunch of wild monkeys that roam around on the stairs...one of the more adventurous little fellows even stole some food out of one woman's grocery bag....pretty cool. Mrs. Chin said it was normal to see monkey's all over the city...normal for them, totally fun and exciting for me! 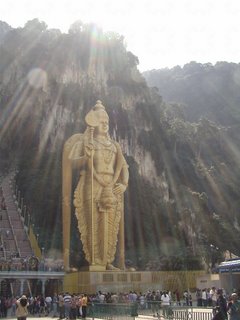 That statue is huge 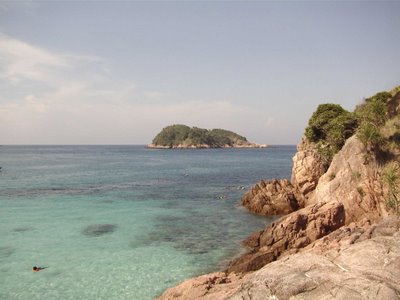 Pulau Redang, off the north eastern coast of Malaysia. 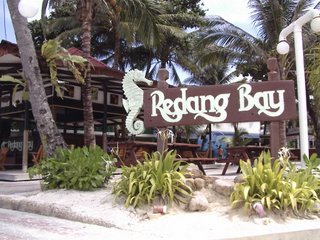 My resort on Pulau Redang....Mr. and Mrs. Chin had recommended this one too me, and it was perfect! My room rate included all my meals, ferry to and from the island, and snorkeling and a jungle trek....all that plus being able to lounge in tropical paradise....it was awesome.

Thank you so much again Mr. and Mrs. Chin!!! 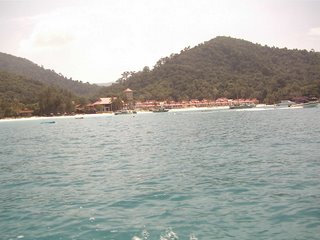 One of the resorts on Pulau Redang 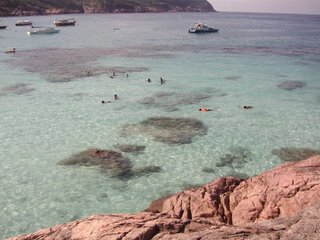 Is the water clear enough for you??? Definitely was for me! 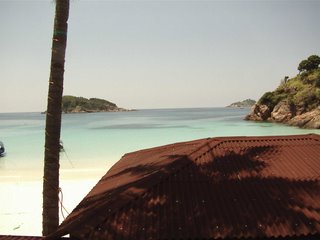 I love the color of that water and the sand...plus all the other islands of the archipelago...perfect 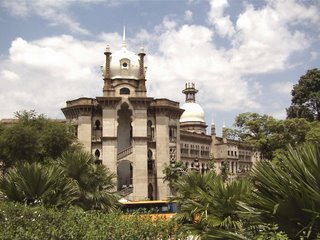 The next pics are all from Kuala Lumpur, Malaysia's capital city. 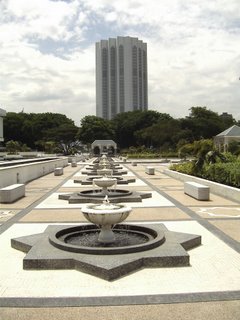 Fountains in front of the National Mosque (see below) 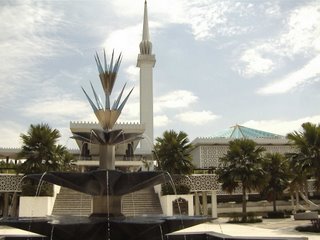 The National Mosque. More than 60% of Malaysians (almost all of the native Malays; the Chinese and Indian Malaysians are mostly non-Muslim) are Muslim. This being my first Muslim nation, it was incredible being woken up at 5 AM to the sound of prayers from the Quran being blasted over a loudspeaker. The Quran is always read in song form...so it was quite beautiful to hear. 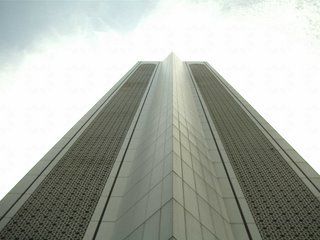 I still don't know exactly what this building is...but Mr. Chin said they used to call it the White Elephant...but the name (and the skyline) is now taken by the Twin Towers (see below) 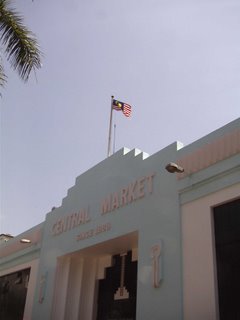 Kuala Lumpur's central market...lots of souvenirs and some tasty food stalls too. 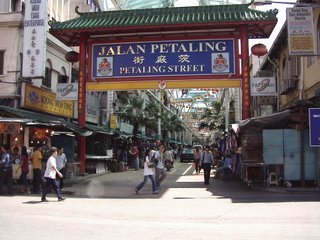 Petaling Street in KL's Chinatown. This is home to the famous night market, where shoppers can go and find the best imatations of designer name gear. Everything is available, from Rolex watches to Adidas shoes to Gucci and Prada handbags and even surfer gear...all for rock bottom prices even without the good exchange rates (1 US dollar equals ~3.6 Malaysian ringgit) . I always thought of designer stuff as just a way to show one's status, but Asia has shown me that people that spend $700 on a purse seem to be just throwing money around for the hell of it. 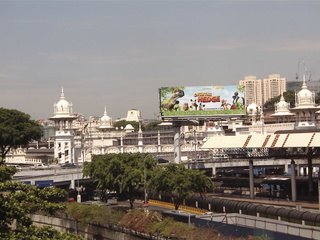 Just thought that was an interesting pic...Hollywood hits everywhere.
Funny thing is, in KL its possible to buy pirated copies of the newest movies (all available at the night market too of course). On my bus ride back to Singapore, the movie they showed was X-Men 3, which only came out a week ago. 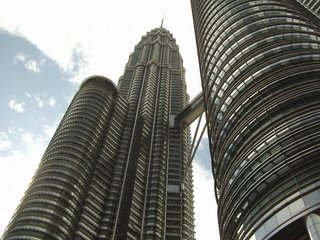 The Petronus Twin Towers...the highest buildings in the world until just recently. They are supposed to symbolize Malaysia's future as a first world nation. They dominate the Kuala Lumpur skyline and are visible from all over the city. The outsides are covered in stainless steel and glass which makes the buildings just gleam in the sunlight. 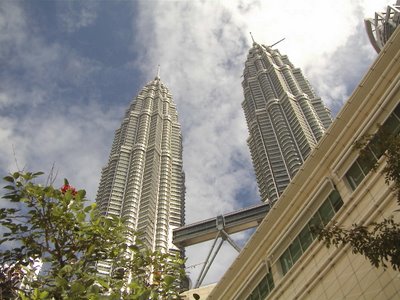 Petronus Towers again...they really are quite beautiful buildings. The Sky Bridge connects the two towers. It is free for visitors to take a trip up to see the city from above (the bridge itself is taller than almost any other building in the city with the exception of KL's sky needle), but you have to show up early in the morning to wait in line...they only allow a few hundred people up each day. Fortunately, Mr. Chin woke me up early and I got to go up...definately worth an early morning...and you can't beat that price!
Posted by Drew at 9:33 PM

Nice nice nice ... Awesome blog u got there.
How is India treating you??

Enjoy the rest of ur time & see ya soon for skiing ;)

Hi, I enjoy reading your blog and seeing the pictures. Where are you now? Please post an update.