Rhodes - Part II: Around the Island 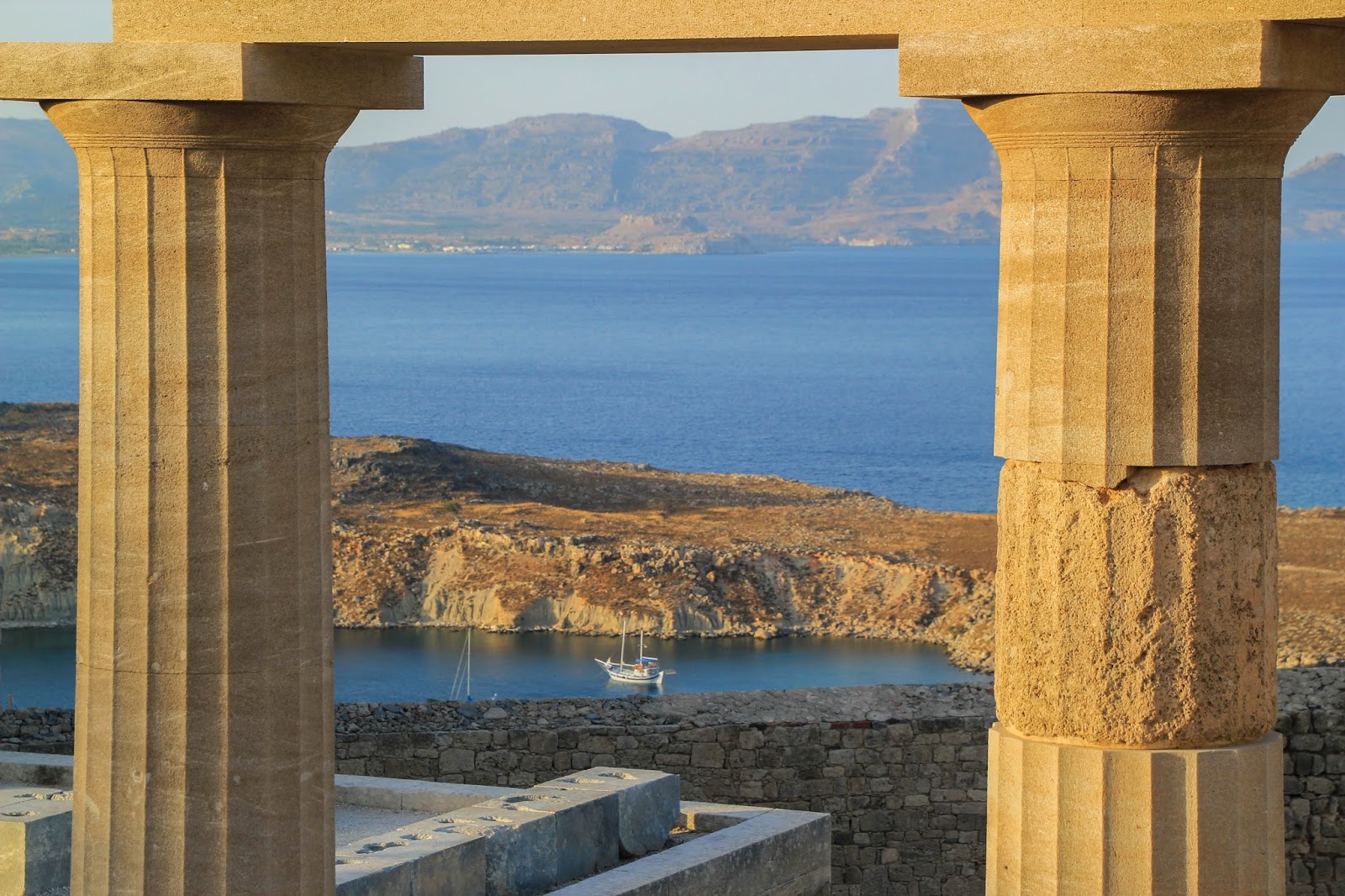 Rhodes is a big island, which means there is plenty on offer beyond the ancient city of the same name.  I was on Rhodes for a meeting, and thus, didn't get a tremendous amount of time to explore.  However, I did get a couple days to check out a few places on the island, and this post will be devoted to those. 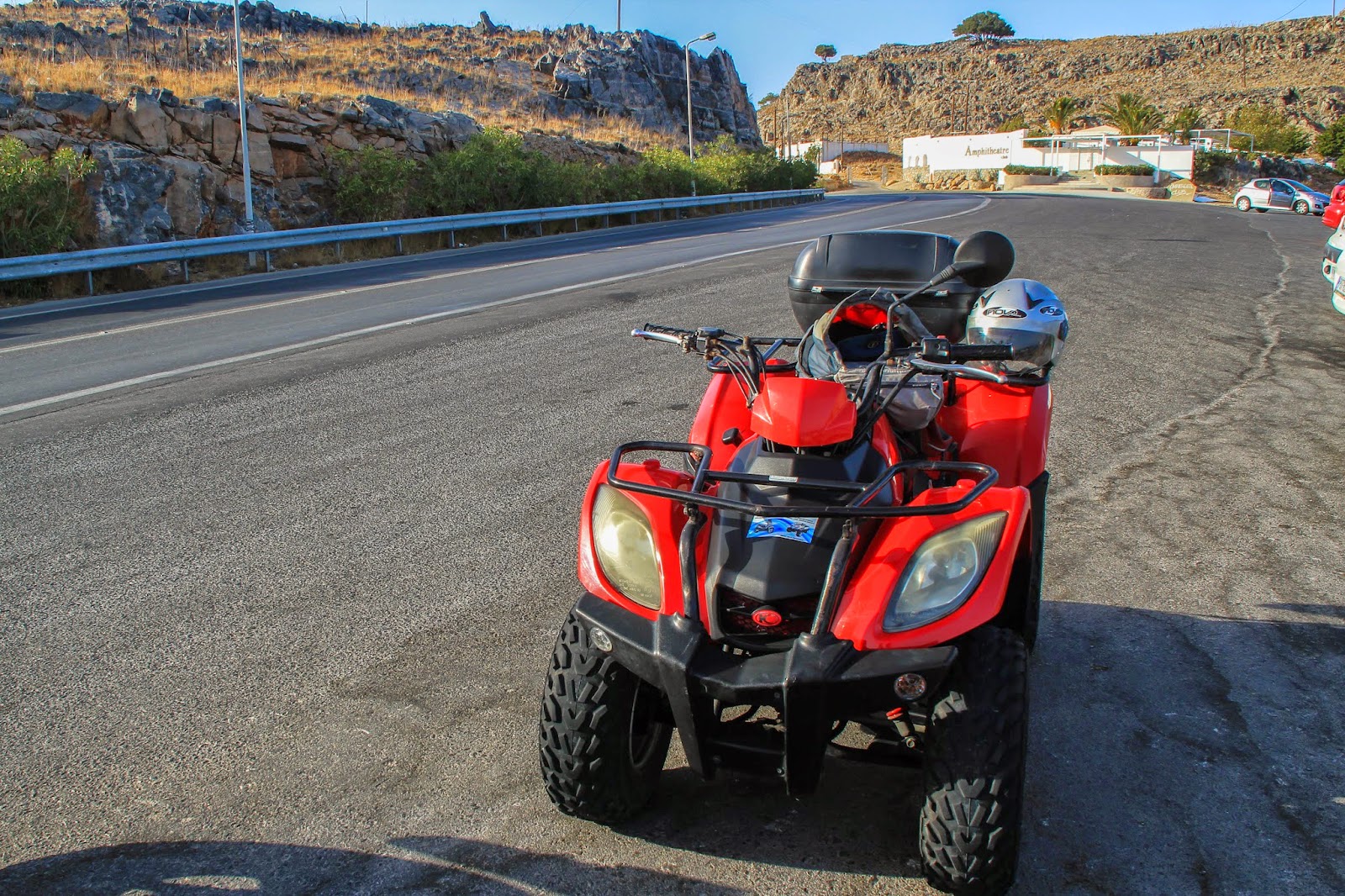 OK, the first thing you need to figure out is how exactly you are going to get around the island.  There is a bus service that covers the main roads and towns, but that isn't so fun.  I'd personally recommend renting a car, scooter, or (as I did... yep this is a picture of my ride) ATV.  With your own transportation, you will be rewarded, particularly if you venture into the middle of the island, with its beautiful forests and charming, pleasant, and perfectly peaceful little villages. 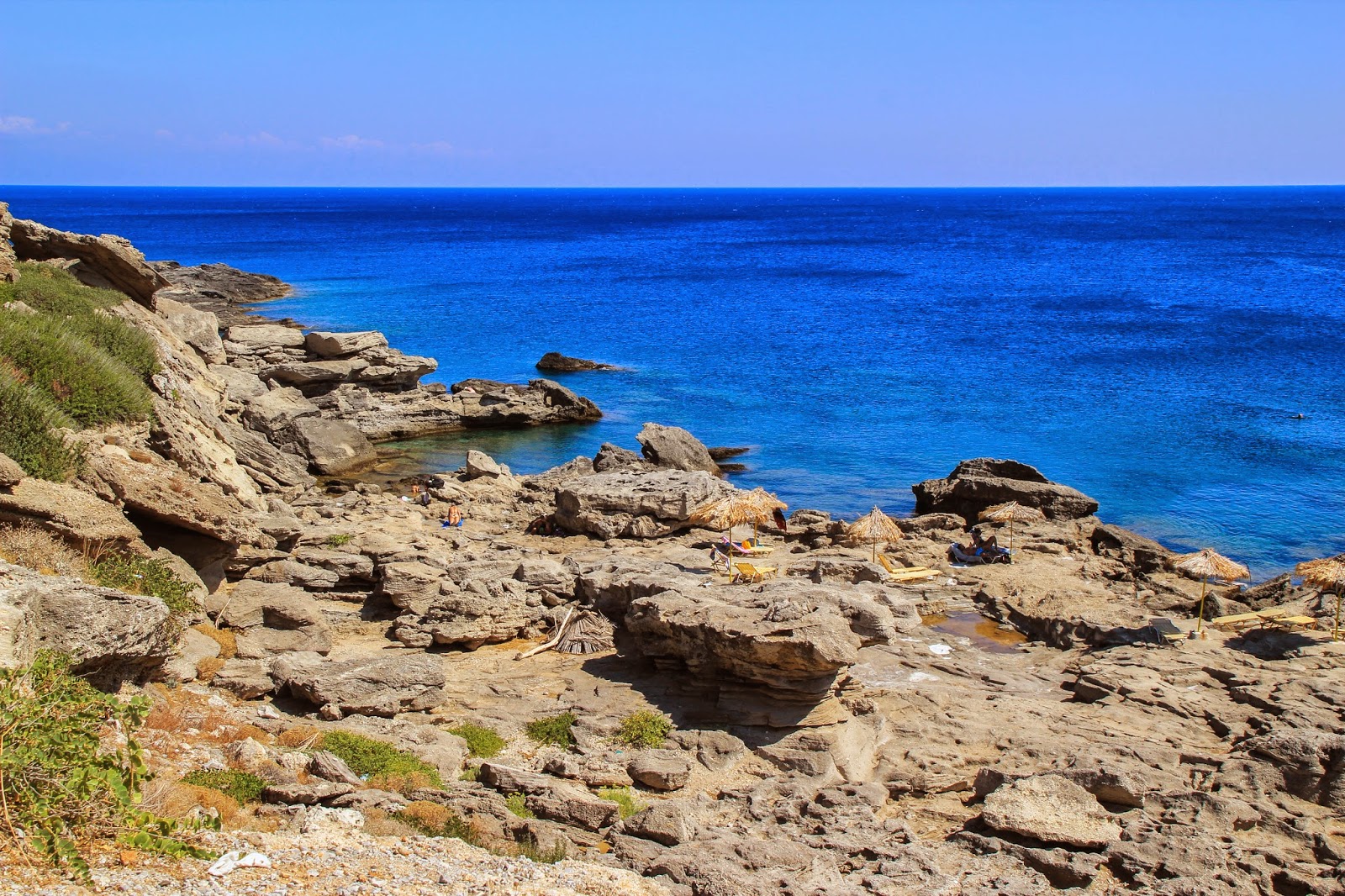 First stop, Faliraki for its perfect little cove, rock jumping, and snorkeling.  This gem has a beautiful shallow cove, perfect for snorkeling.  There is a fee to get in, since the place is partially developed.  That isn't all bad though, since there is a lounge area and a bar with food.  Though you can easily get away from that too if you want to be somewhere more natural.  It's a cool spot and the water is just beautiful there. 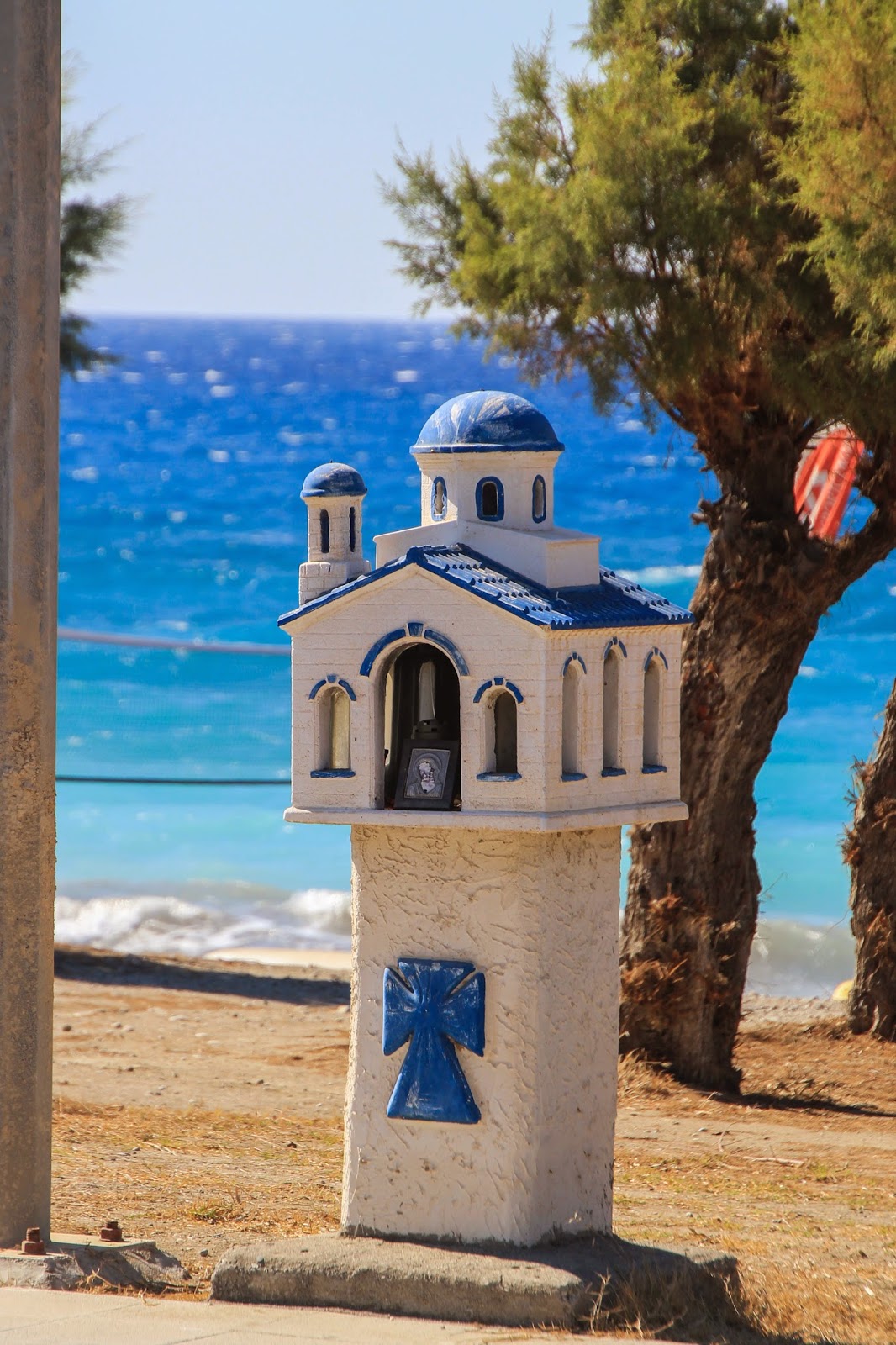 Outside of the city, Rhodes (which is a big island) is much more relaxed and a hell of a lot less touristy. 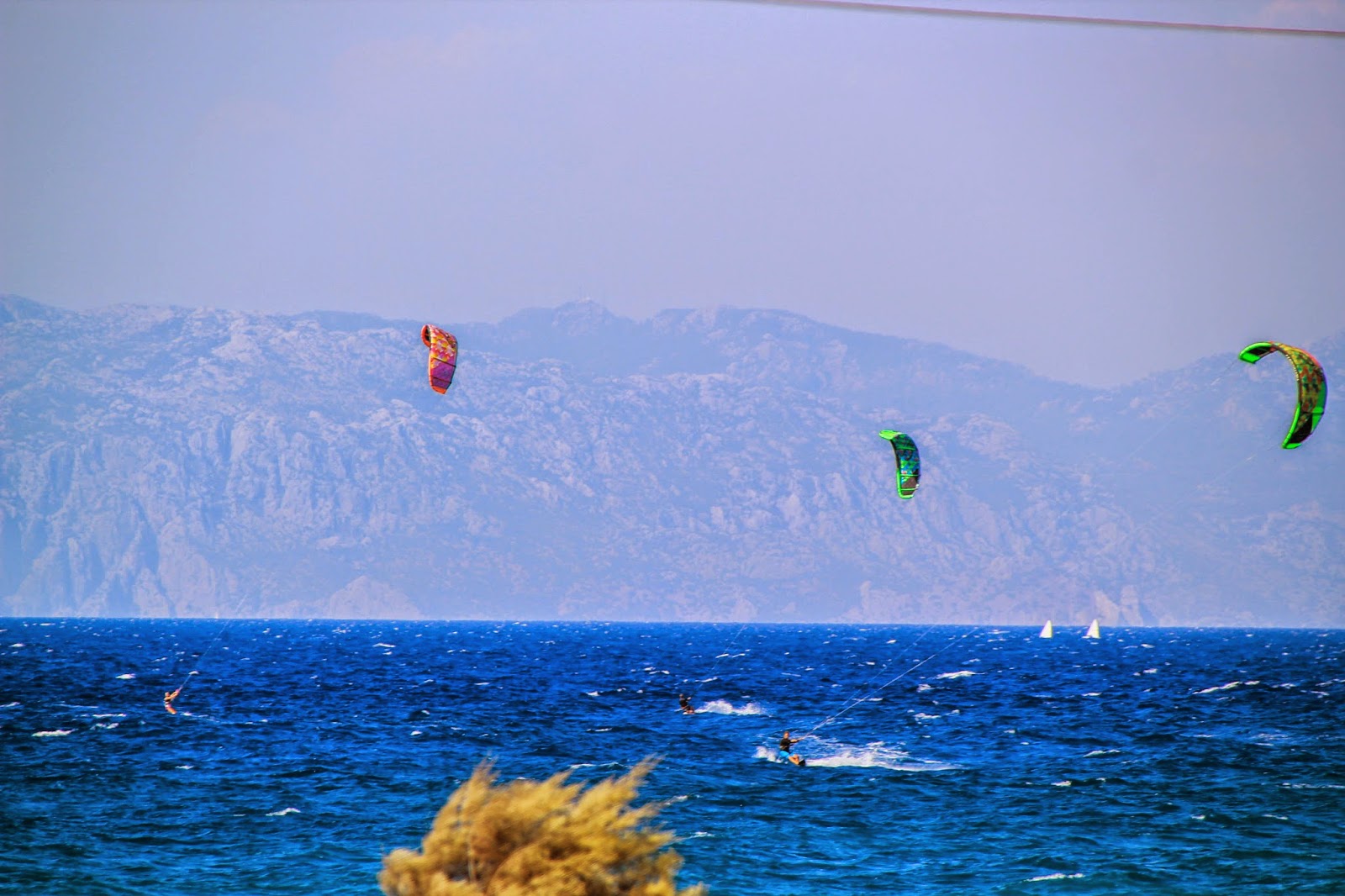 Around the northward side of the island, you'll often see plenty of people kiteboarding and wind surfing.  As in much of the Aegean during the summer months, there are steady and strong north winds that fuel the adrenaline of these water-sports enthusiasts.  These kiteboarders really can pick up a lot of speed from those big kites, and it is impressive to see just how much air they can get jumping those waves. 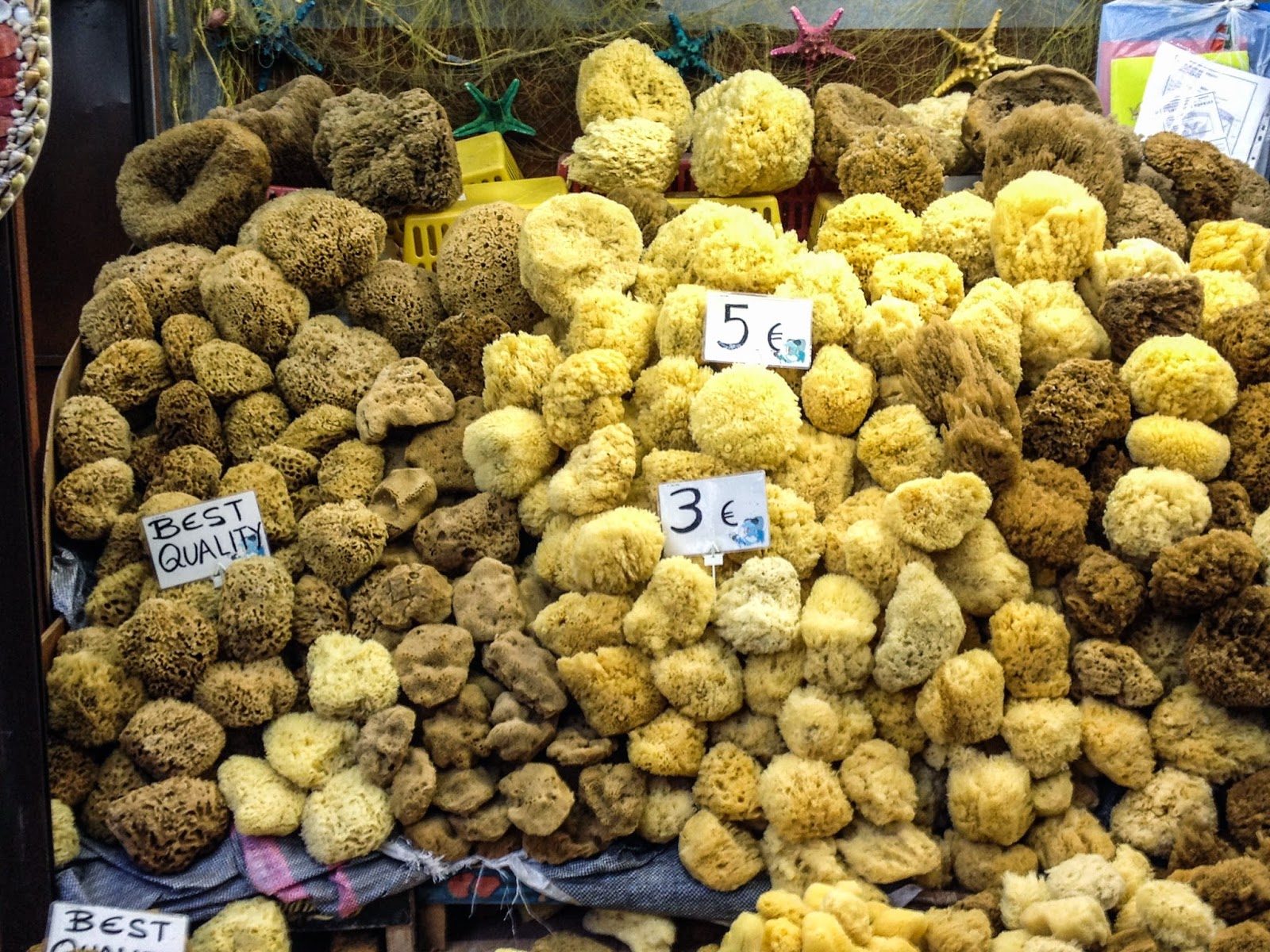 Rhodes used to be a big spot for the sponge trade.  Now, they seem to be mostly novelty souvenirs. 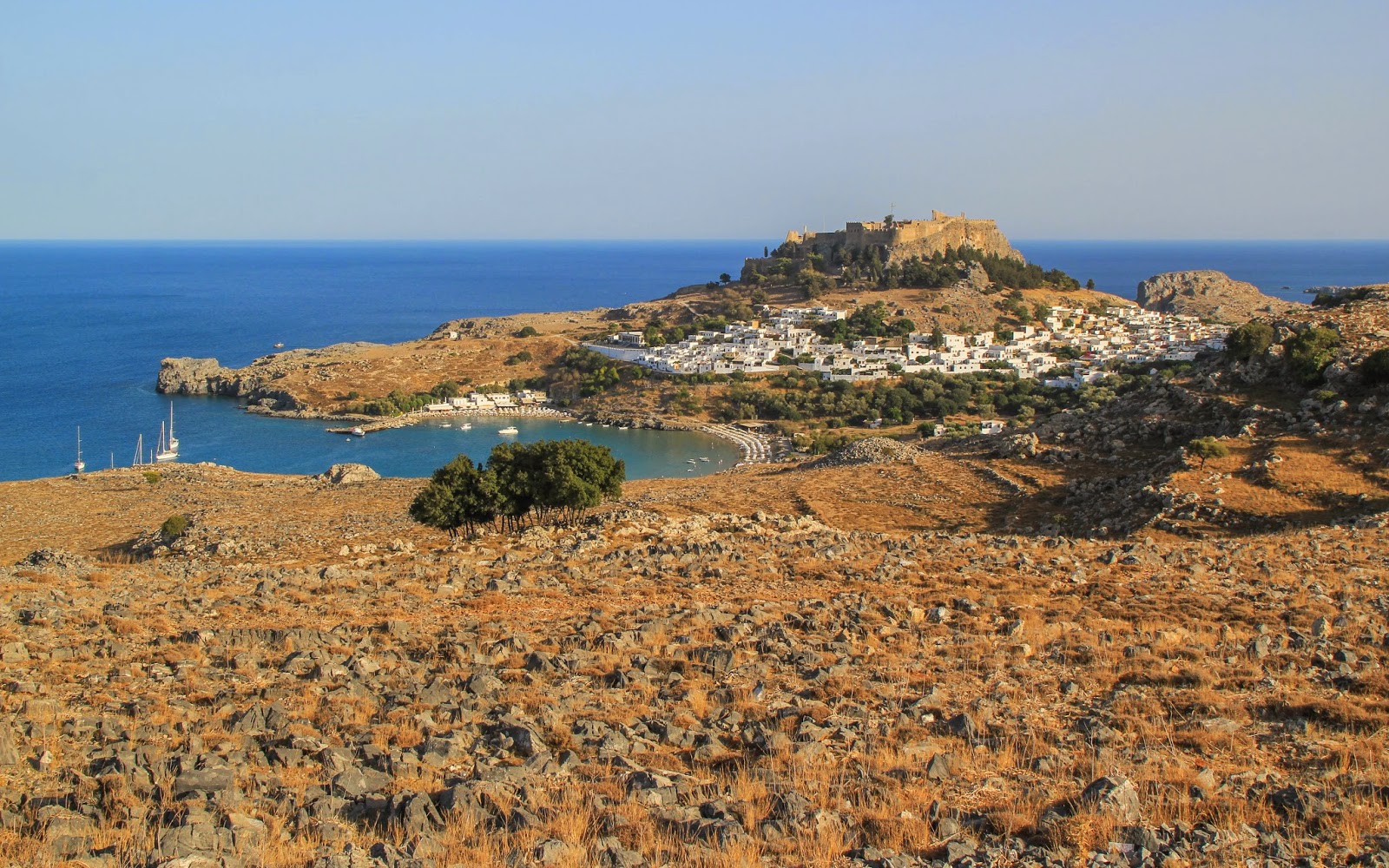 Next stop: the beautiful town of Lindos and its spectacular acropolis. 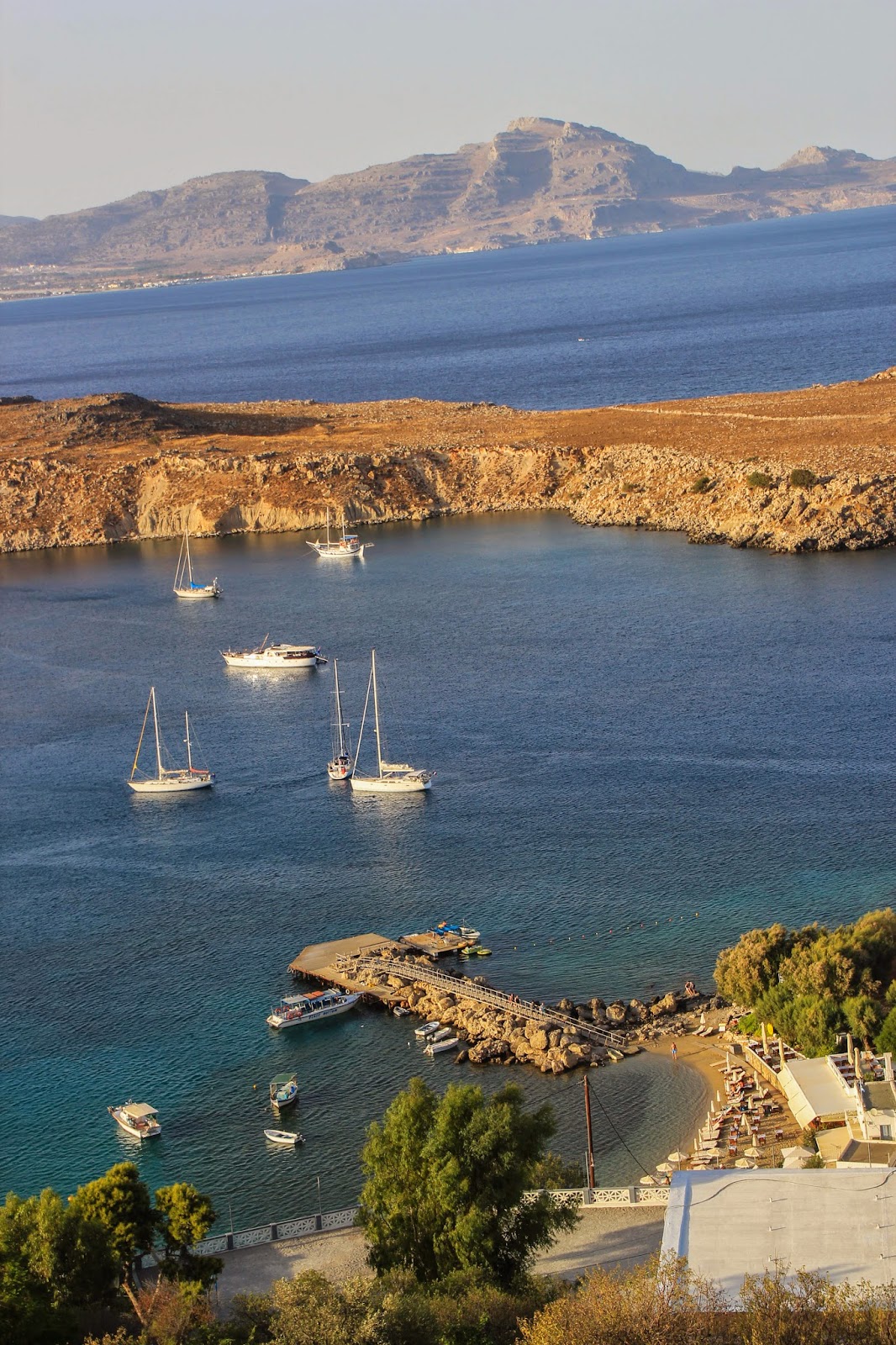 Lindos has nice natural harbors on either side of the main peninsula upon which the town sits.  Being on the southern side of the island, it also has very calm seas and clear water. 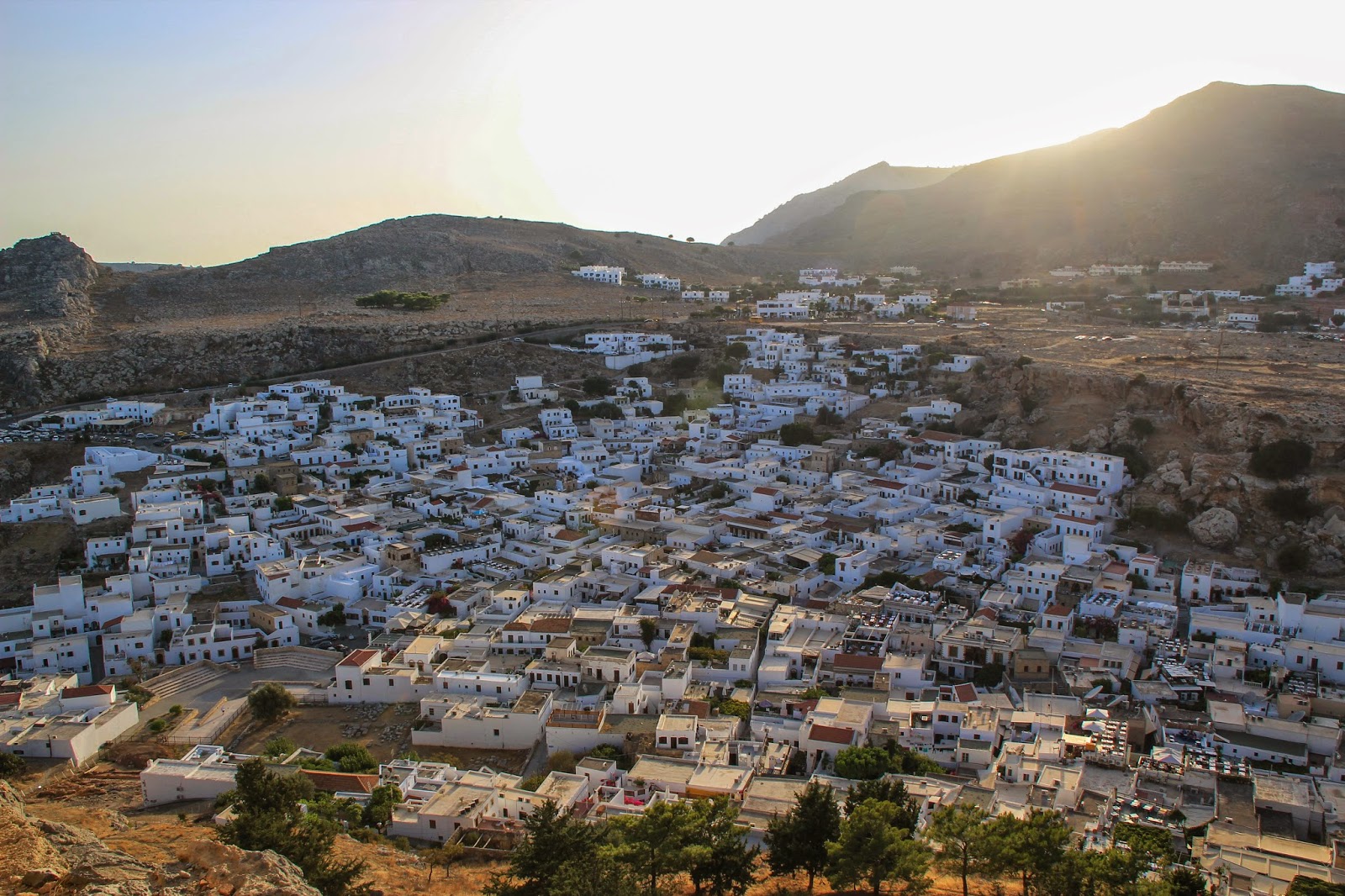 The town is a wonderful example of a labyrinthine and organic medieval layout and classic Greek island white washed buildings. 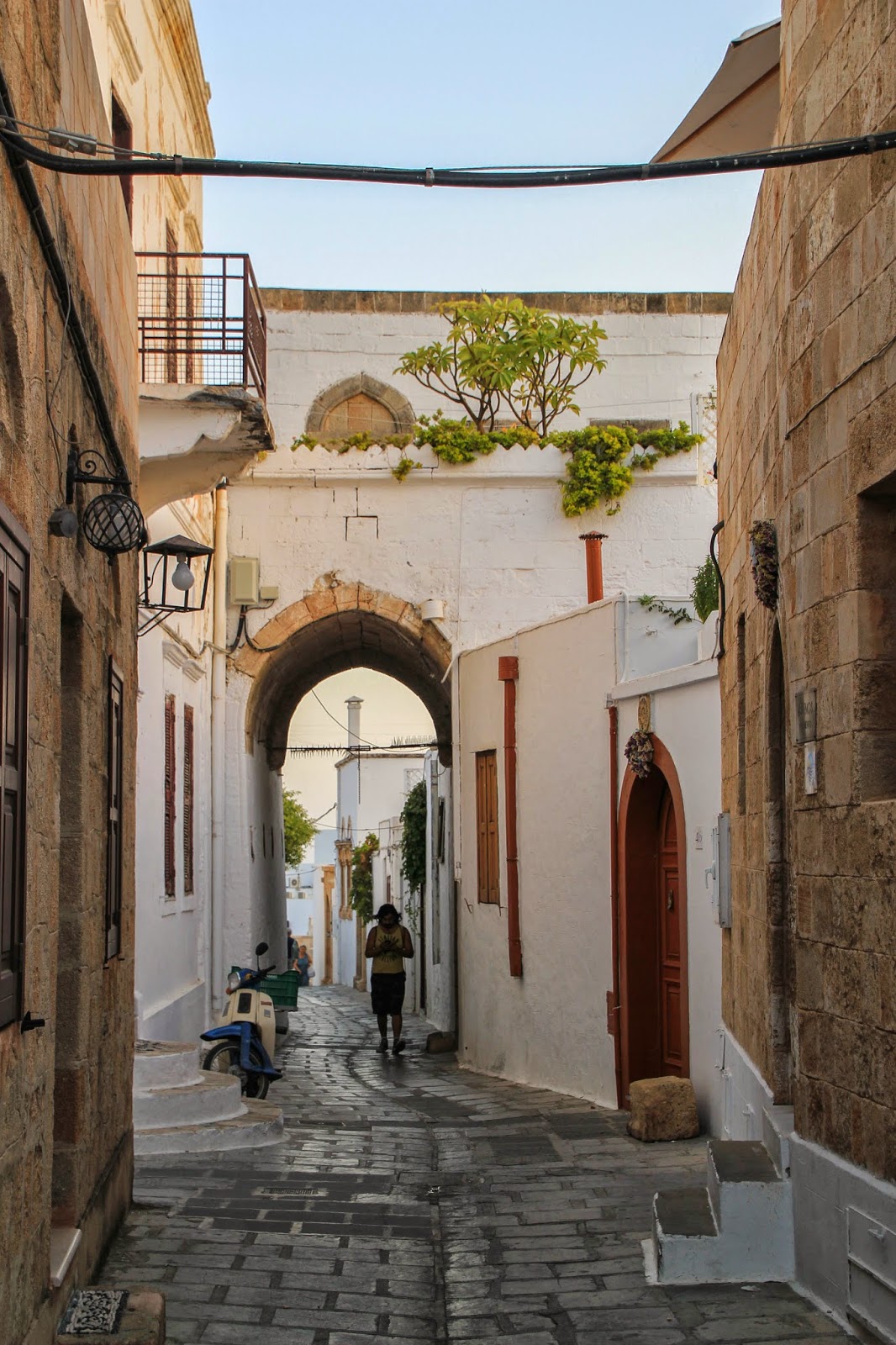 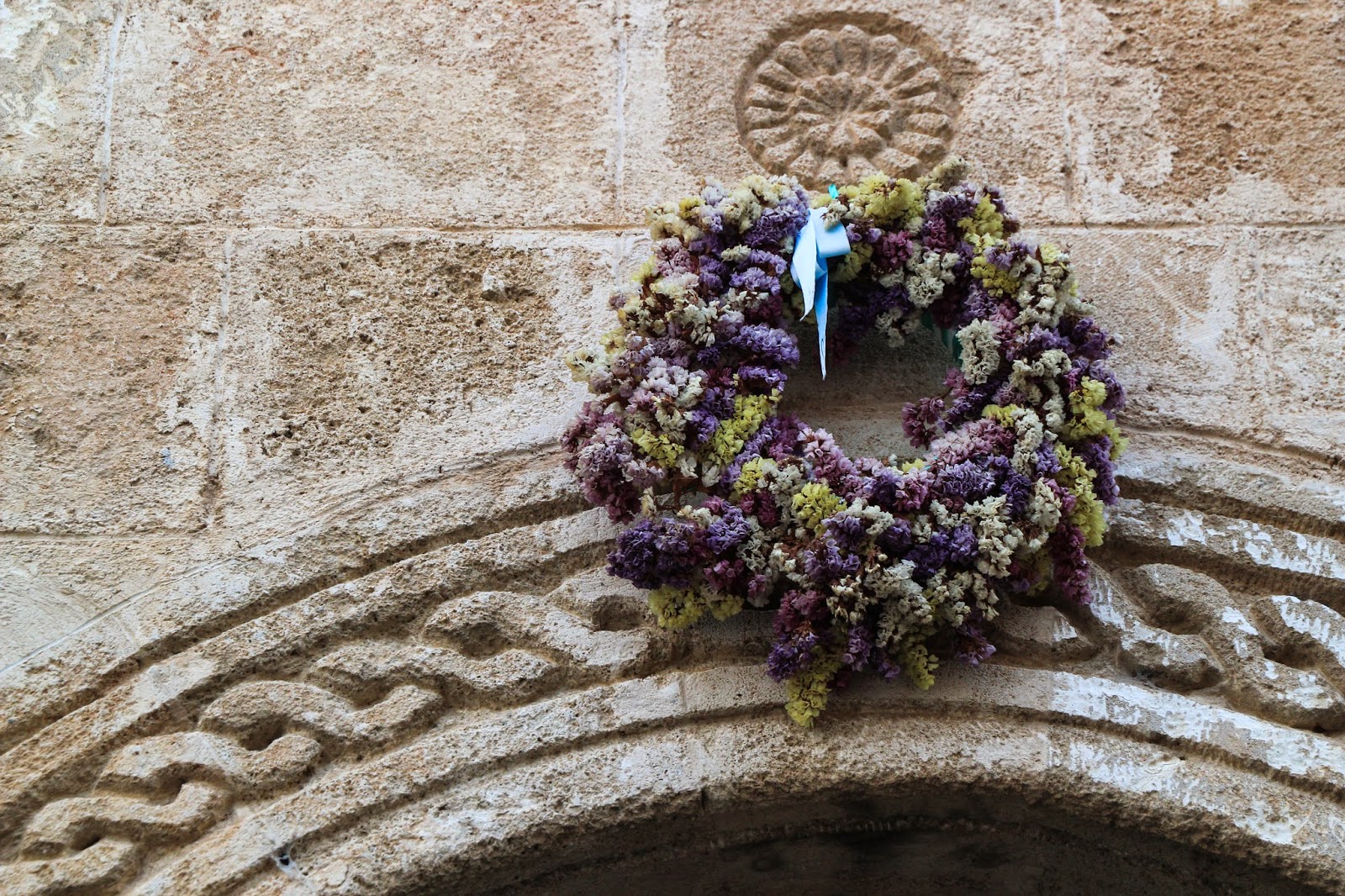 I mentioned these wreaths in the first post on Rhodes; these things were even more prevalent around Lindos. 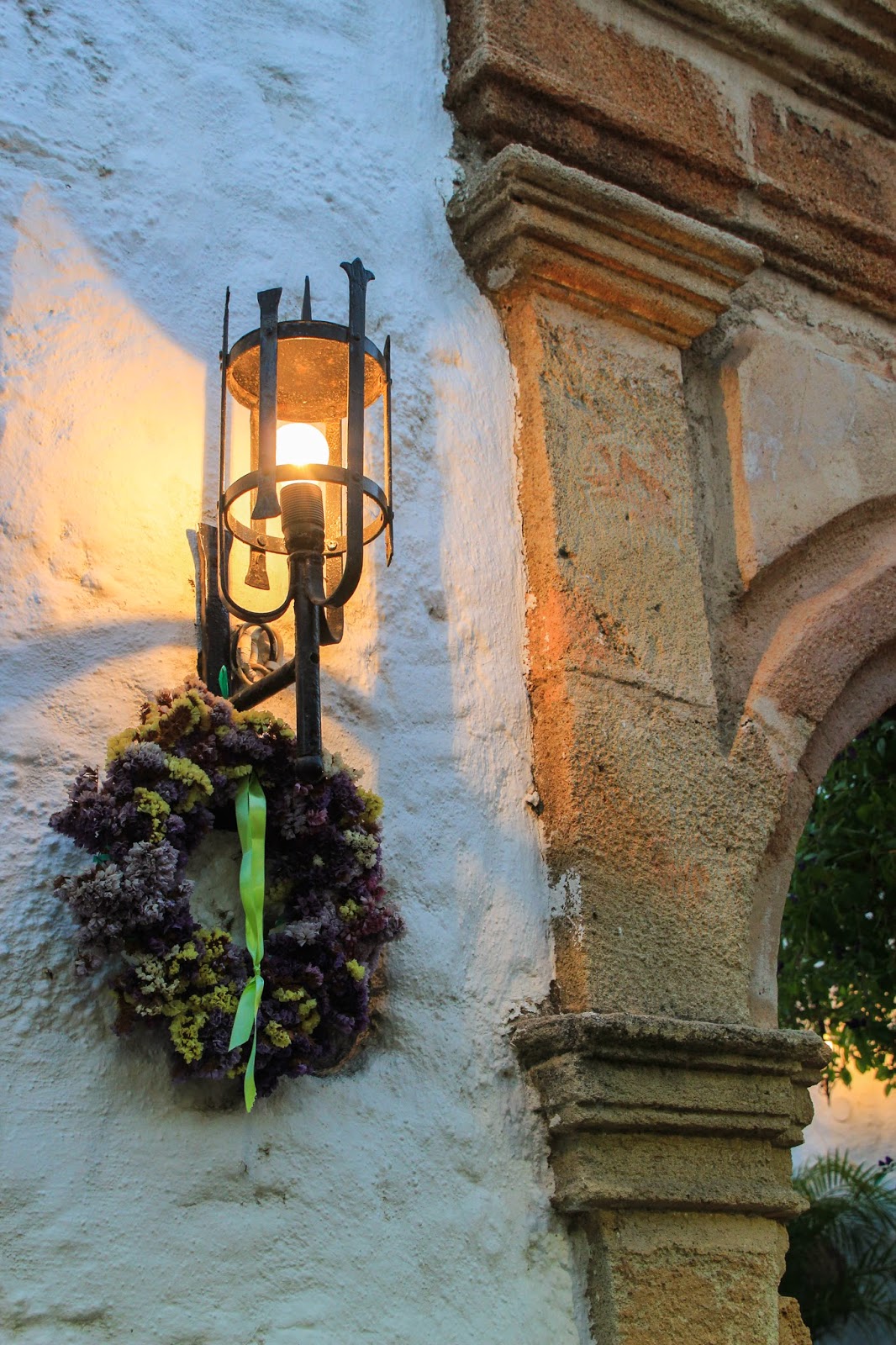 Lindos seems like a perfect place to lose yourself in for a week or so if you feel like a relaxing break in a sleepy little town. 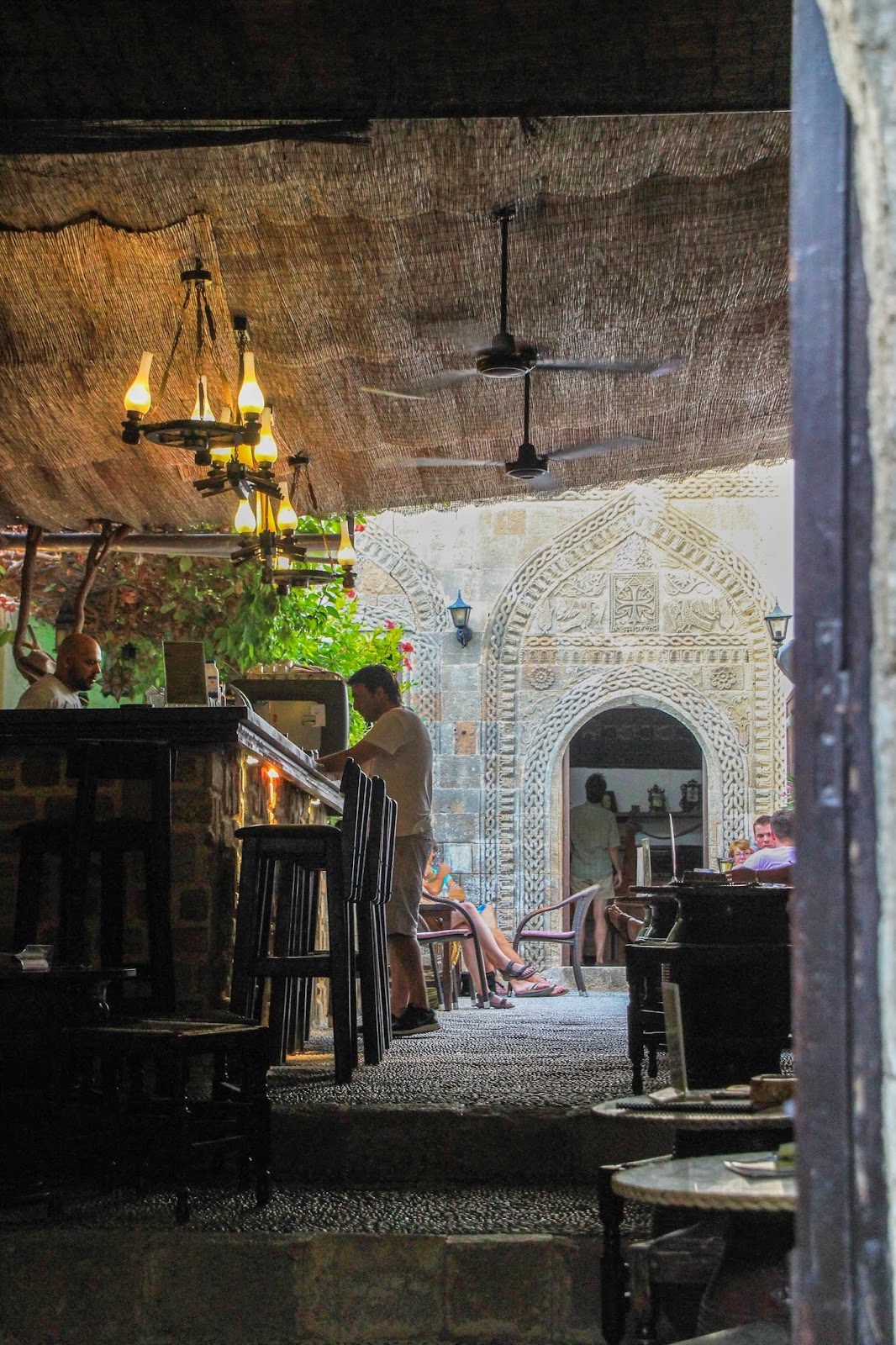 There is some beautiful architecture around town too.  Lindos has been held and fortified by each of Rhodes ruling powers since the ancient Greeks more than 2500 years ago. 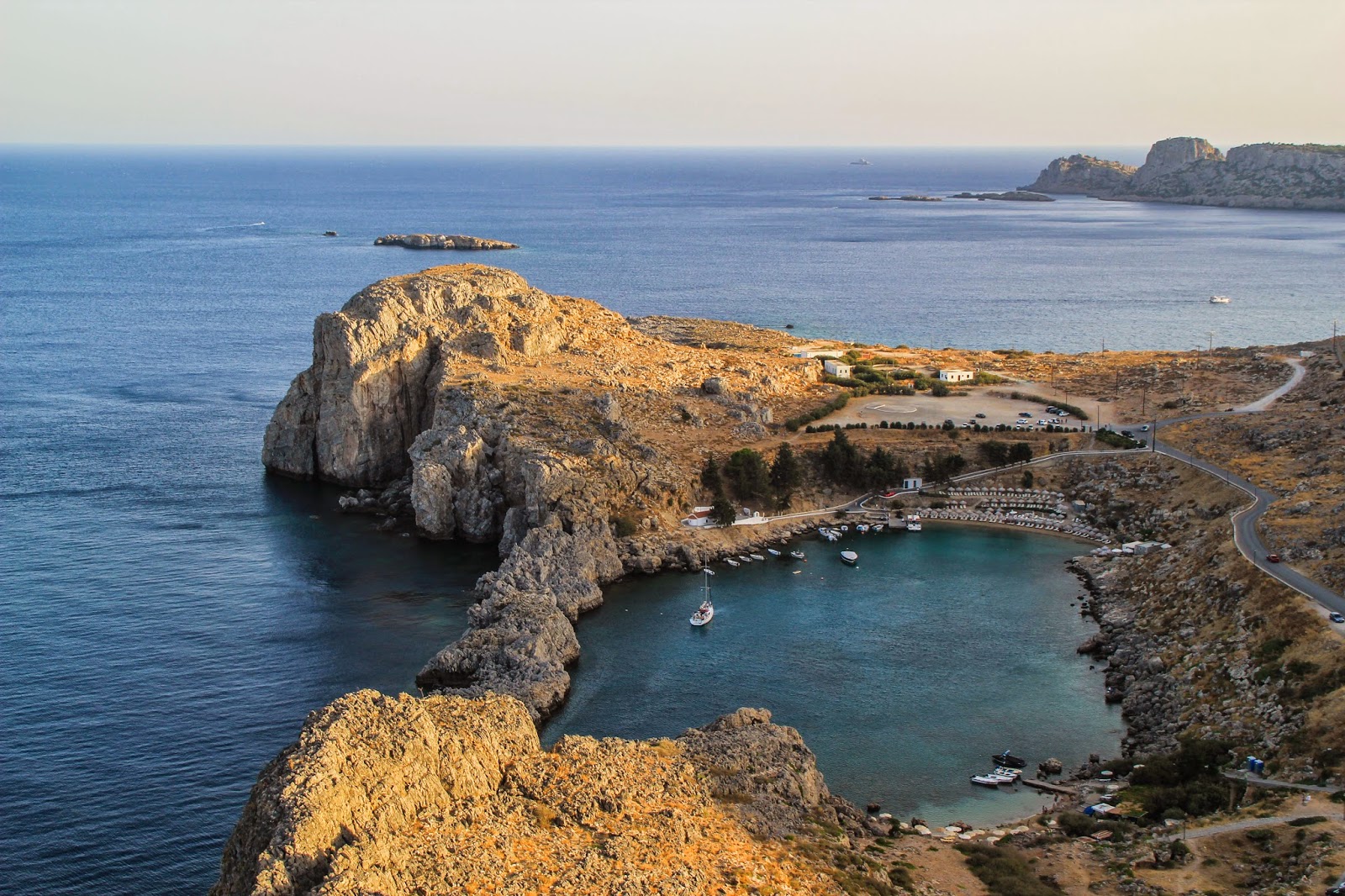 The even better natural harbor on the other side of the peninsula.  This thing is crazy... there is a narrow gap in the seaward row of rocks that is just perfect to allow smaller boats to get through.  The water in there is crystal clear too.  It's a beautiful little harbor. 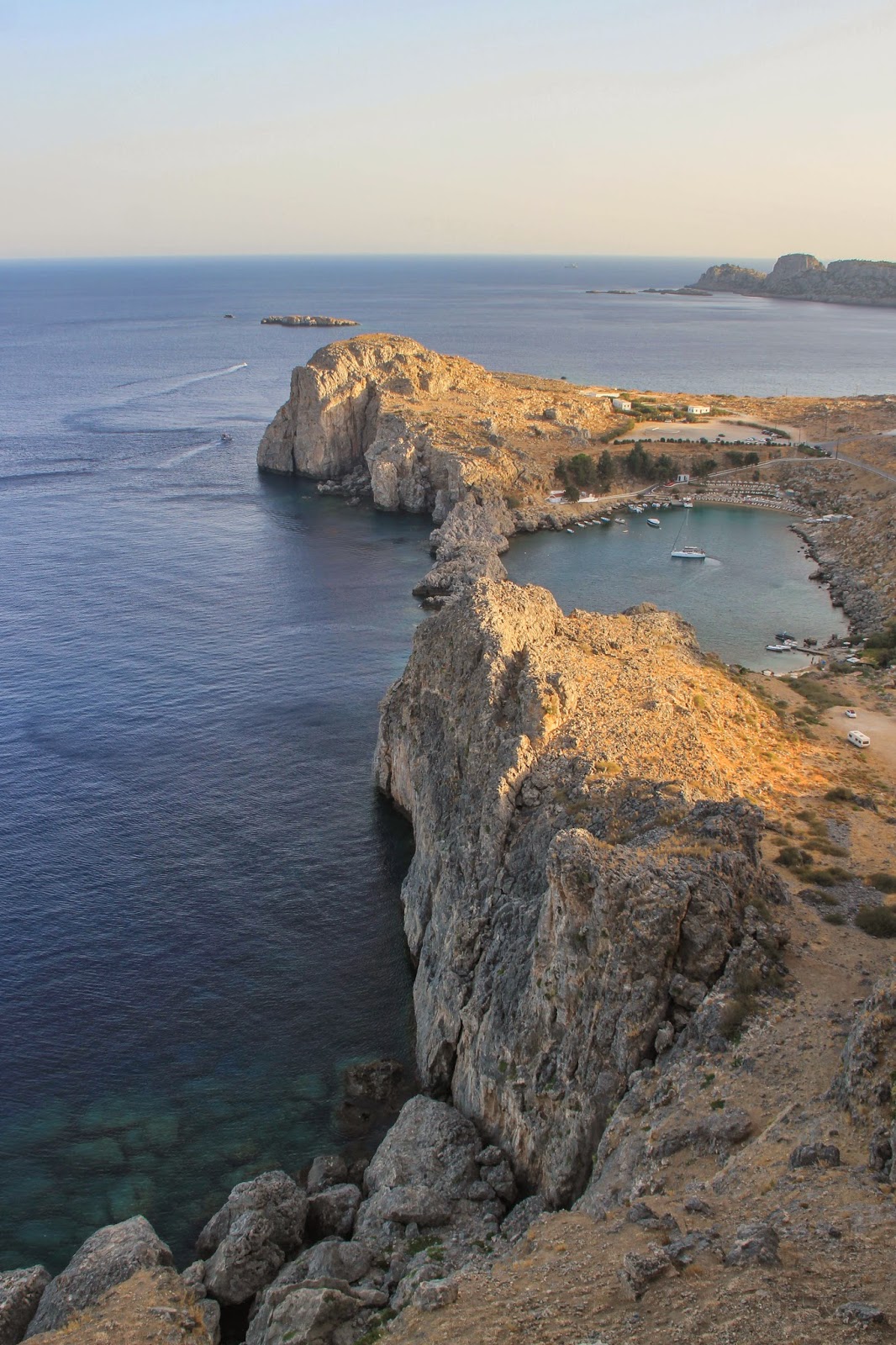 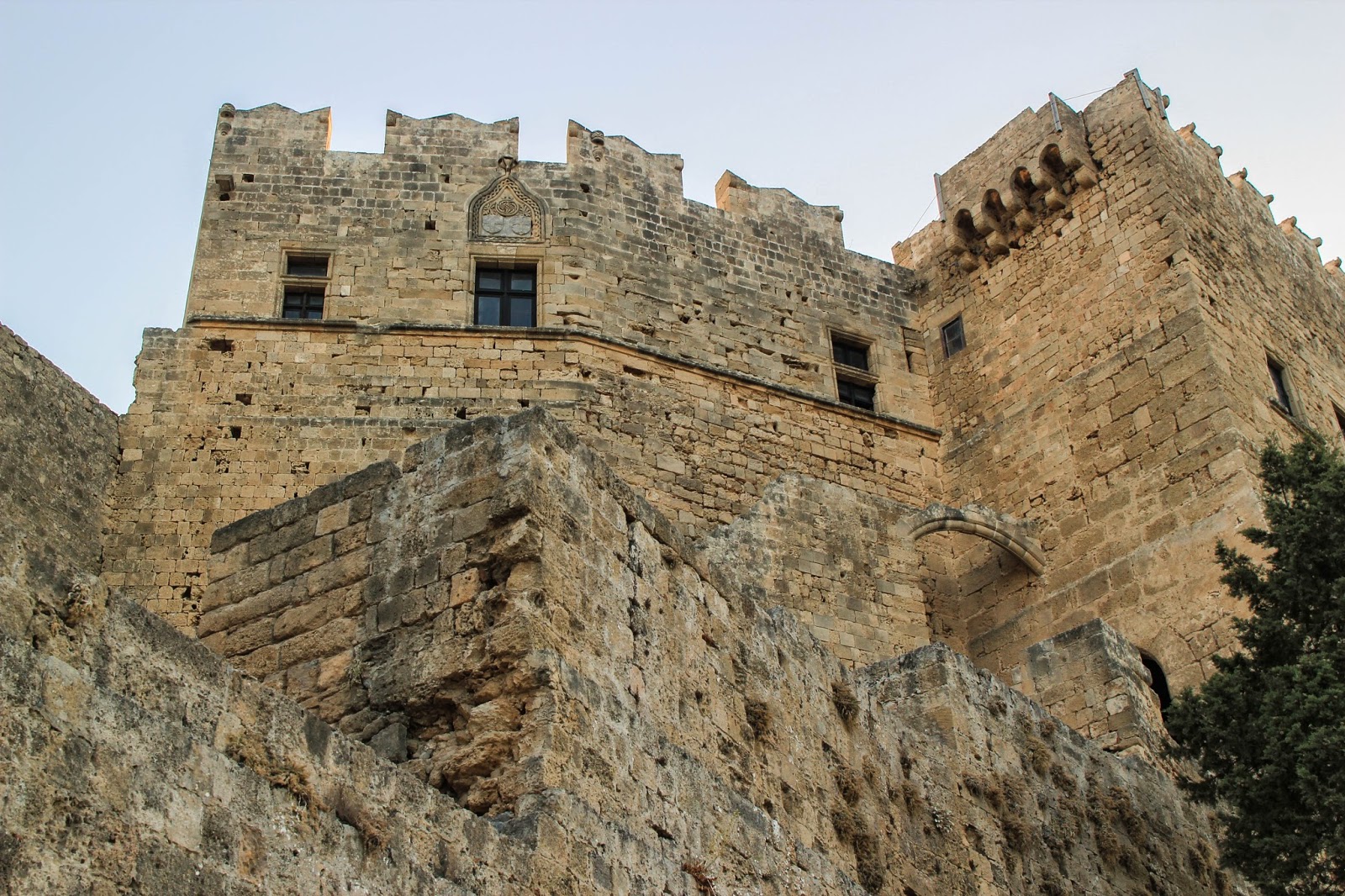 Now, onto Lindos' acropolis.  This fortified temple and complex dates back to ~300 BCE or so.  Like the more famous Athenian acropolis, this citadel was built upon a natural rocky formation, providing a highly defendable location with only limited and challenging access to the top.  This feature has not gone unnoticed by conquering and occupational forces throughout the centuries... the glass windows at the top are evidence of that.  This citadel has been used right up into the Ottoman period. 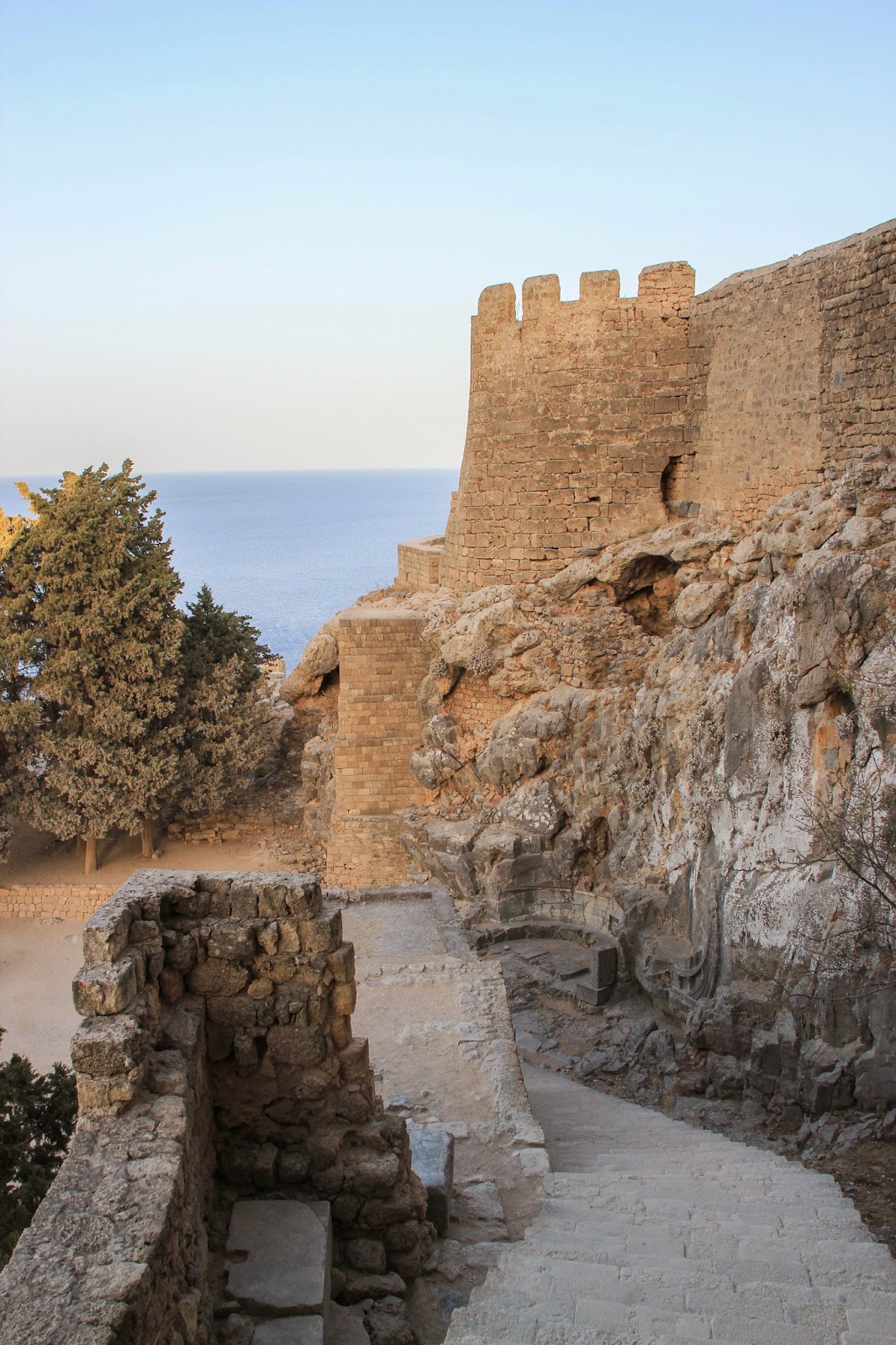 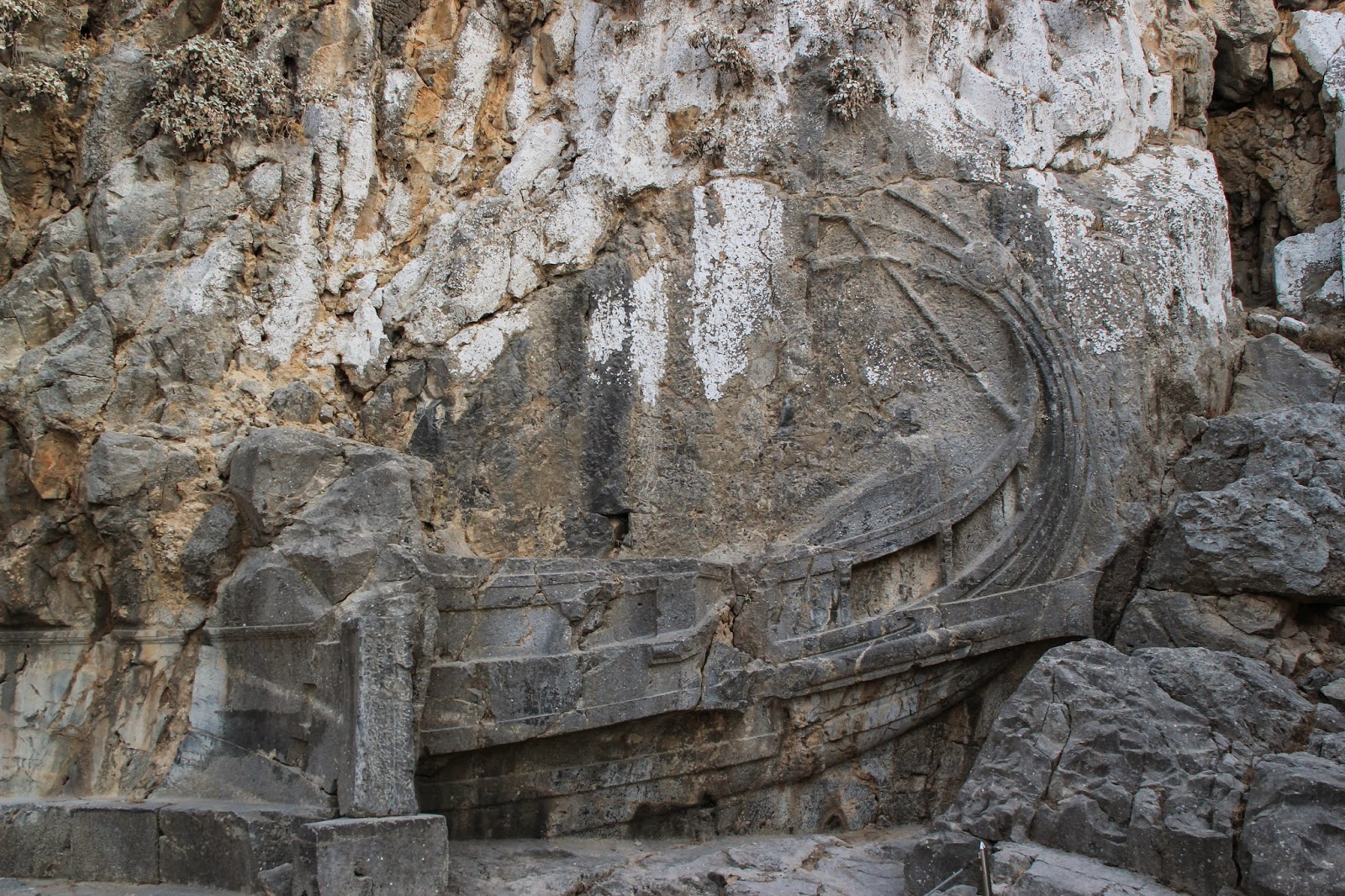 This Rhodian trireme relief, seen beside the staircase on the climb to the top,  dates to 180 BCE.  Not too bad, eh? 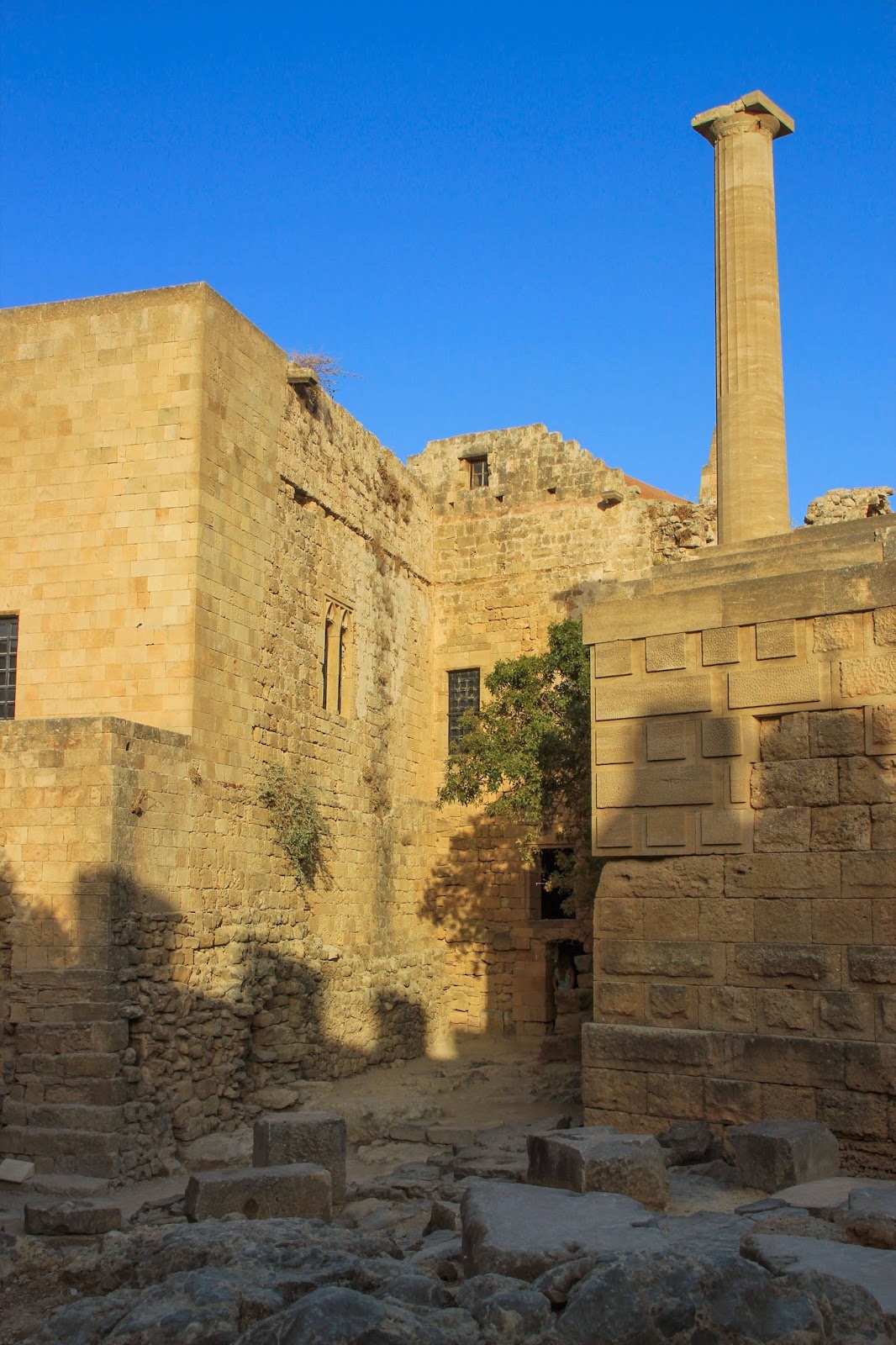 At the top, one finds the complex itself, which is an active archaeological site and in the process of being restored. 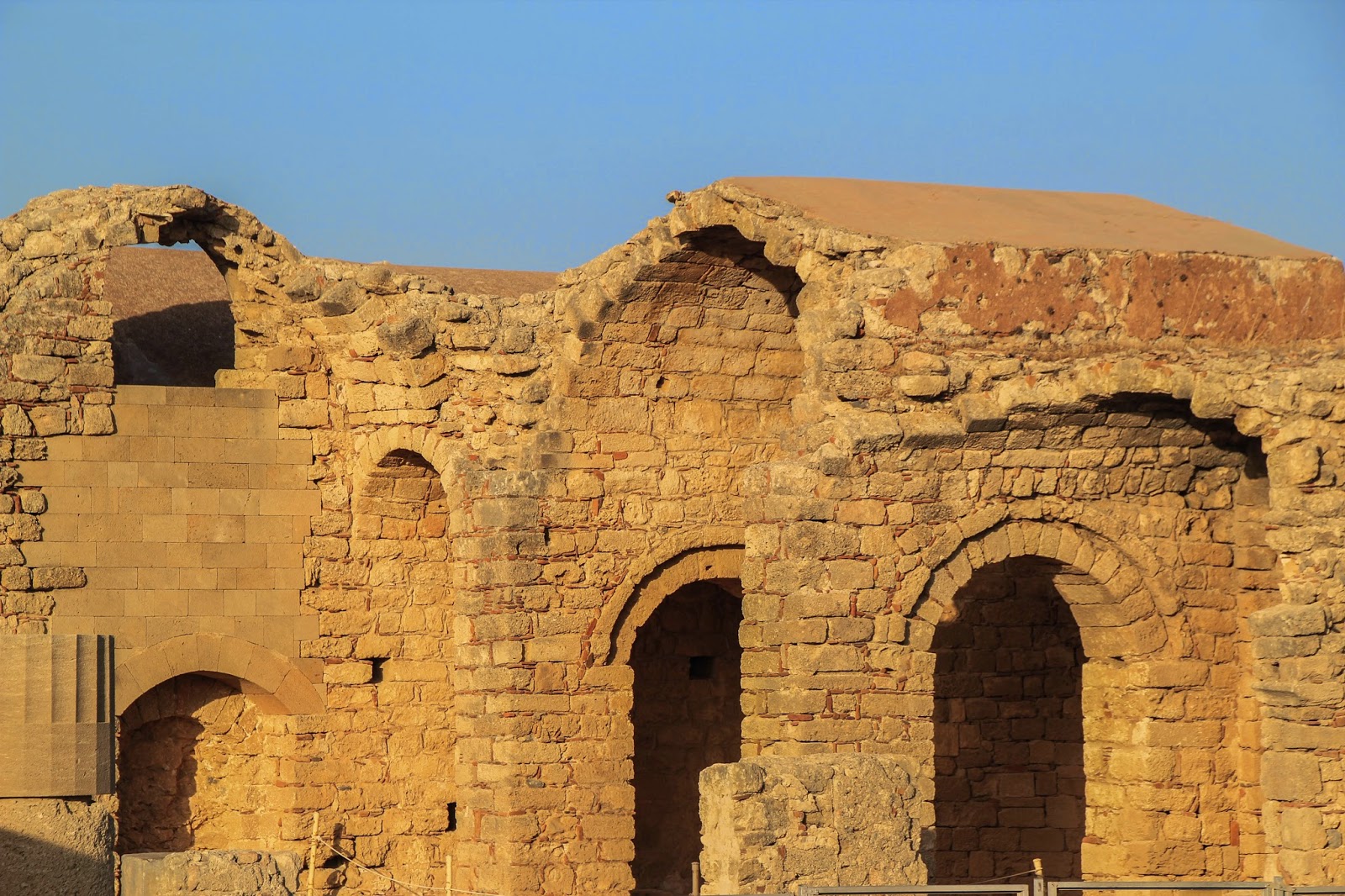 I'm always amazed by stone archways and arcades that are still standing after centuries and more. 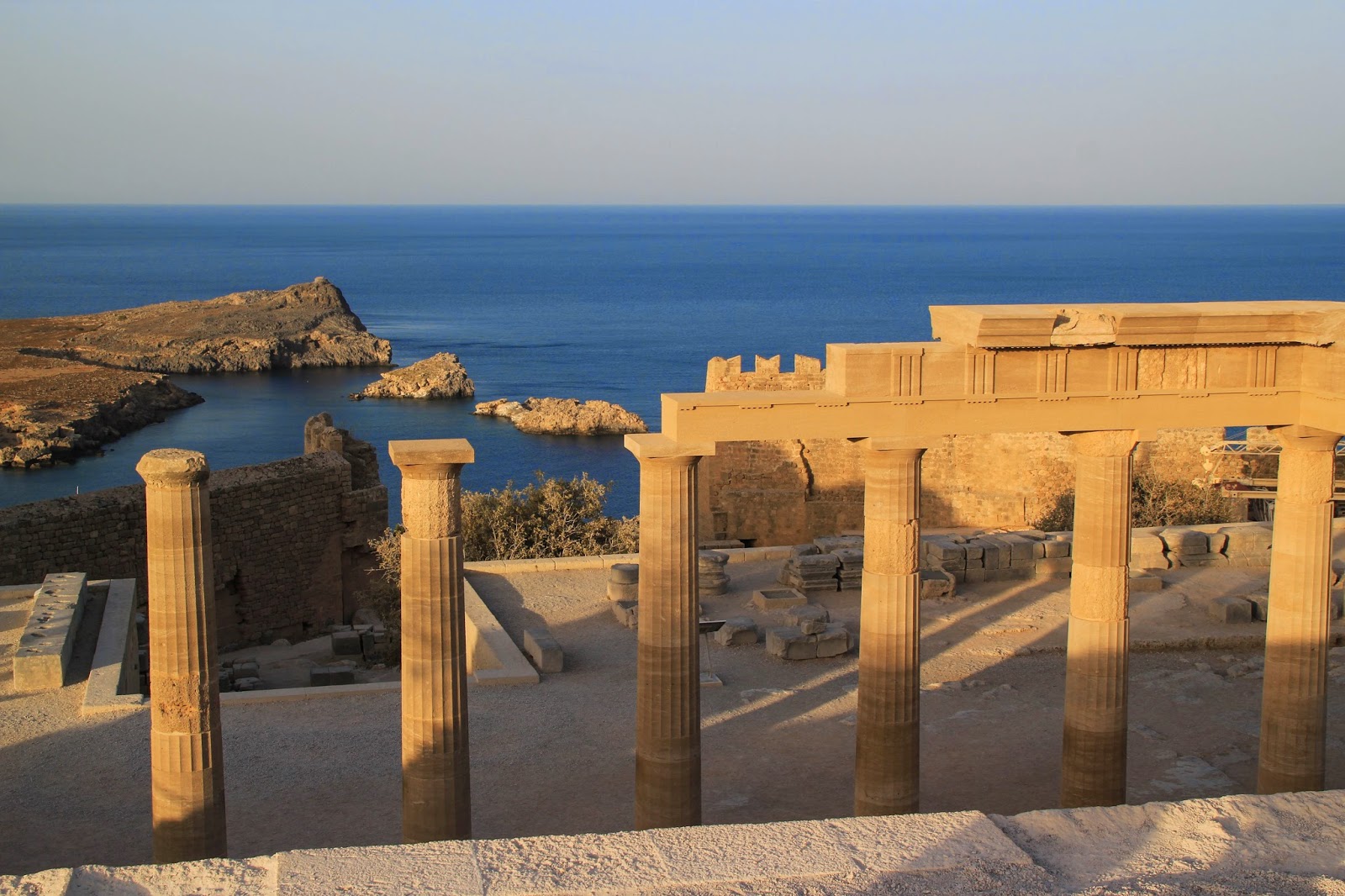 Restoration of archaeological sites... are they good or bad?  Should we leave ruins as they are or restore them to give visitors a better picture of the original structure?  I think restorations can be a good thing if done true to the original in both style and manufacturing techniques. 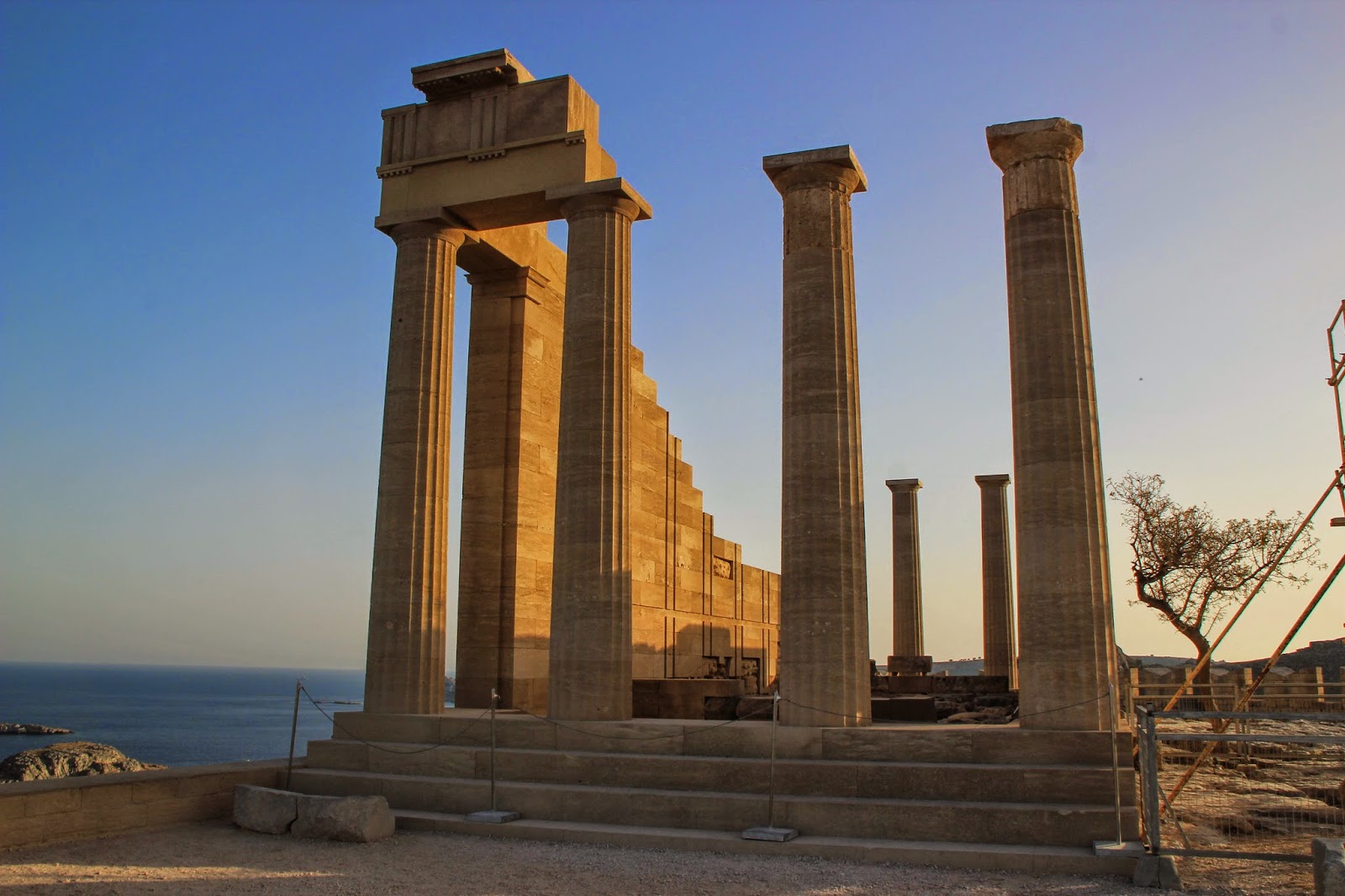 Lindos' Doric temple, at the top of the acropolis certainly is an atmospheric place. 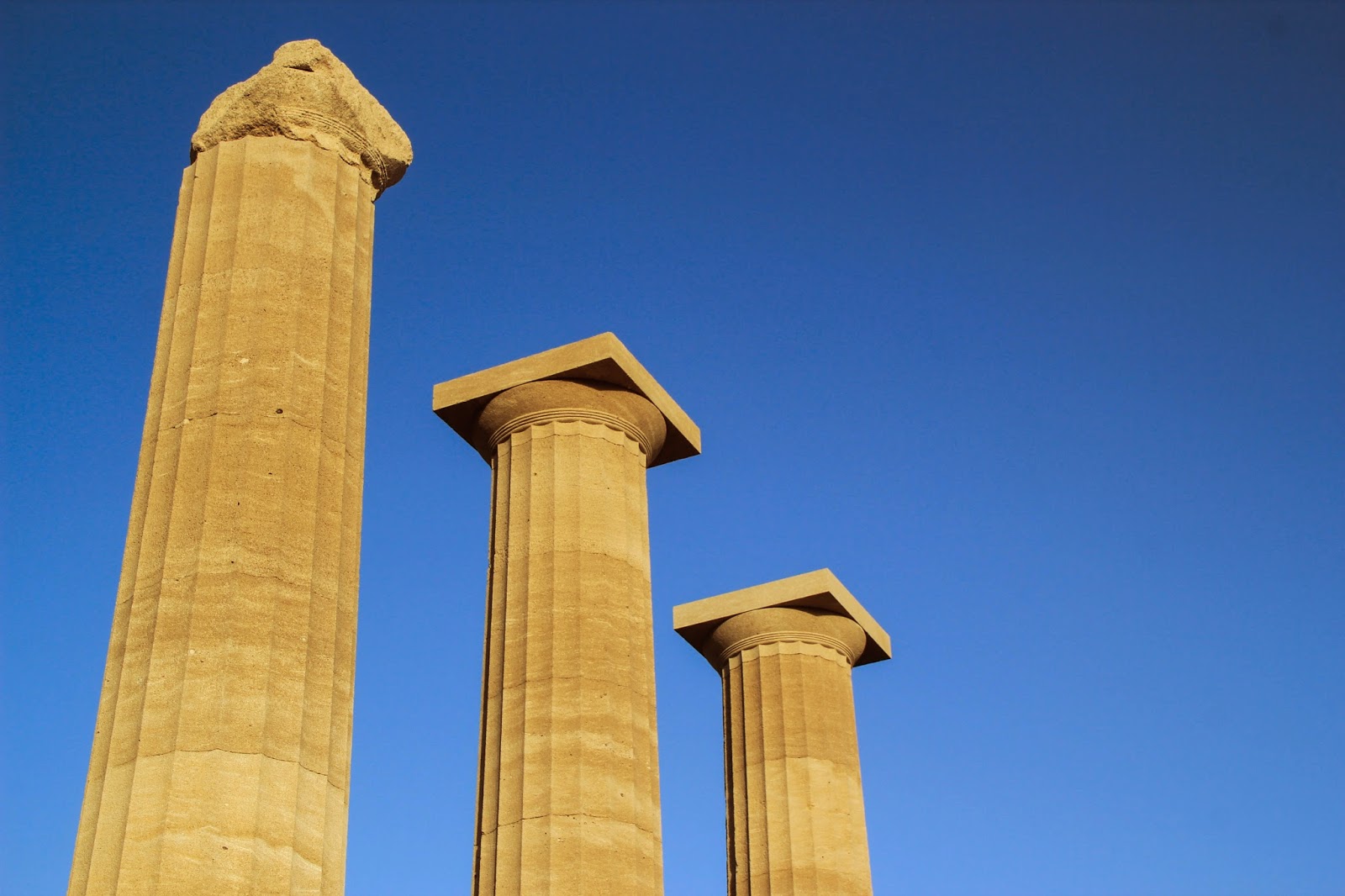 I was lucky to be up there around sunset... everything was just glowing in golden light. 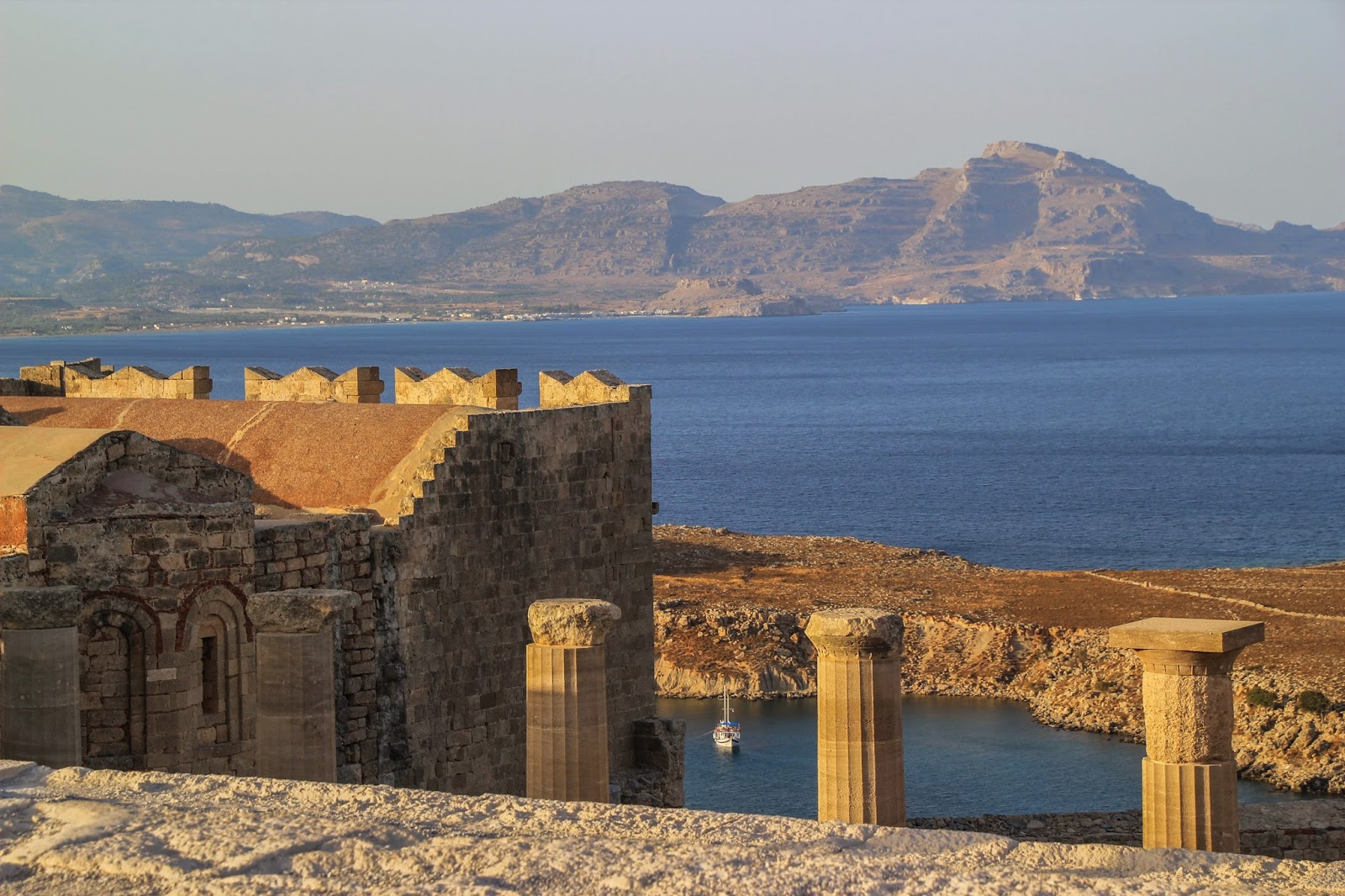 And the views from the top were just stunning. 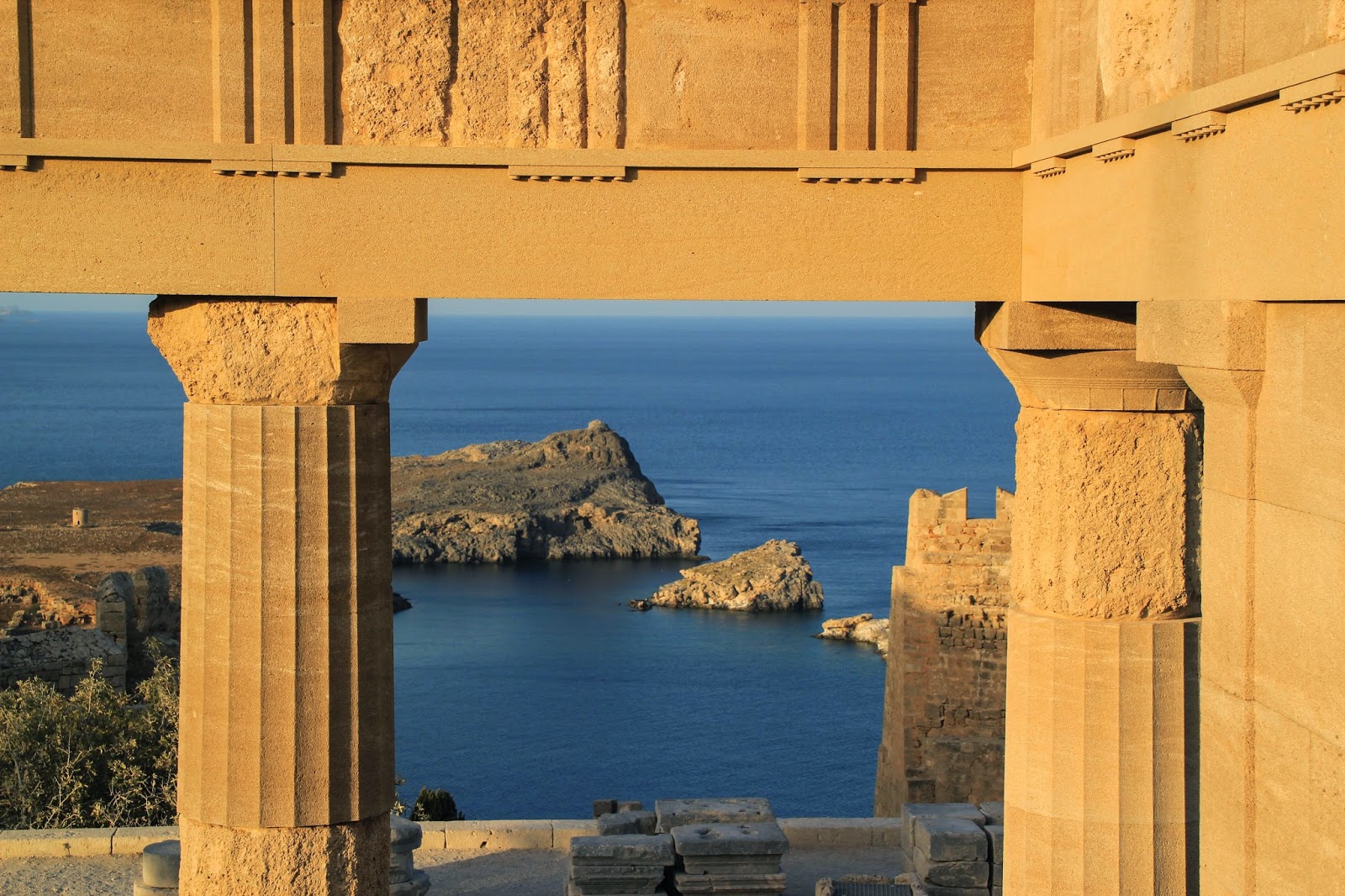 This picture really showcases how restorations can make something special again out of what must have been mostly a pile of weathering rocks in the pre-restoration ruin. 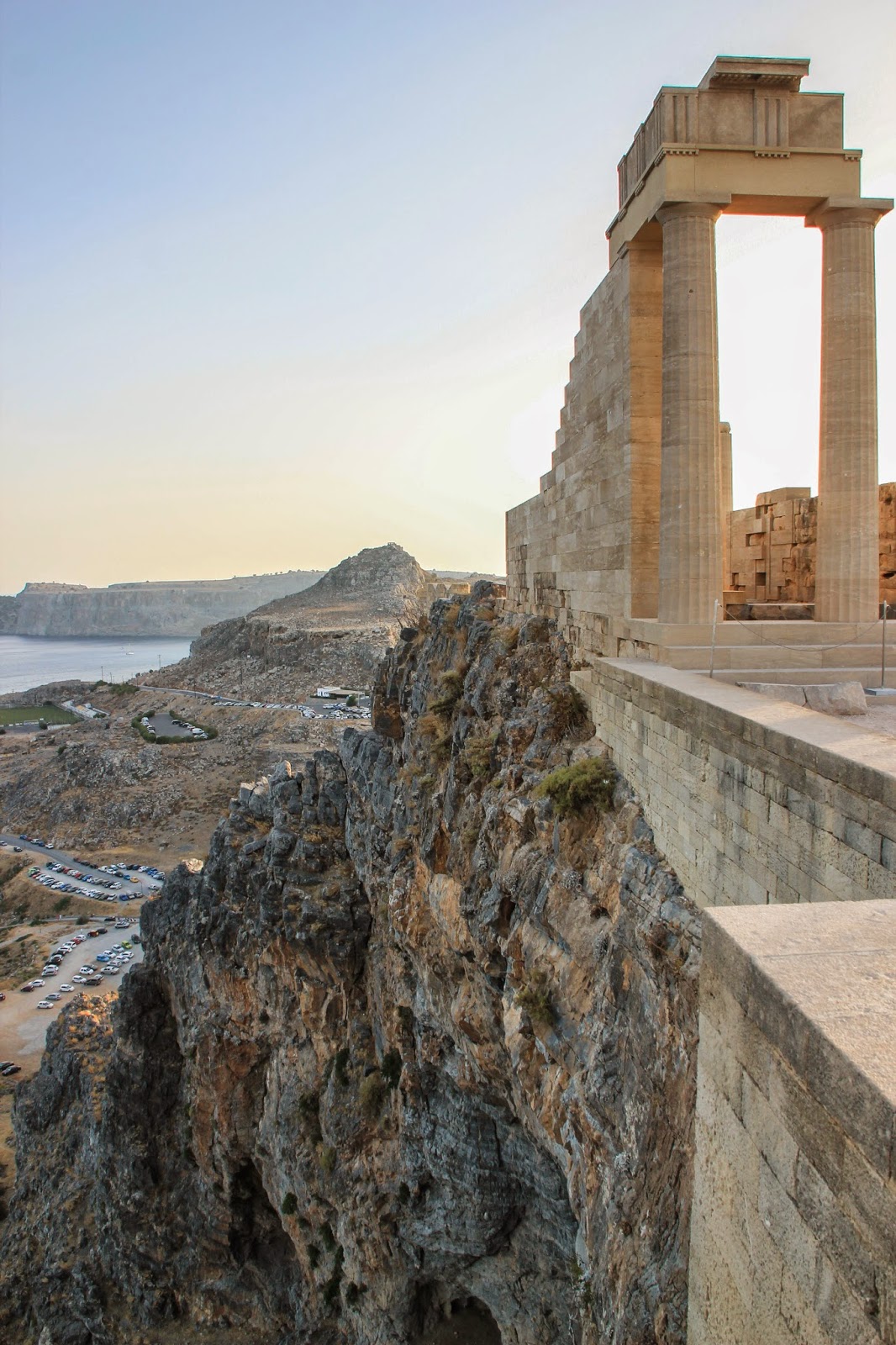 If I ever go back to Rhodes, I will be sure to spend at least a couple full days relaxing in Lindos.  It is a beautiful, peaceful, and quite idyllic little town.