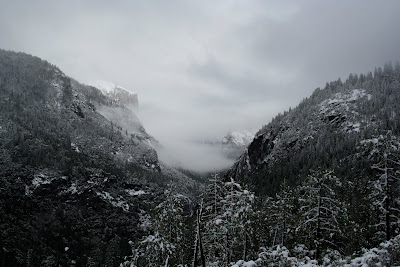 Yosemite National Park. Missy and I took an epic drive to get out here from Colorado in two days. We were supposed to stop at Zion National Park in Utah along the way since we had to bail to the southern route around the Sierras because of the weather. However, it was snowing like mad with practically zero visibility at Zion, so we kept driving. It was pretty wild seeing the farms and greenery in California's central valley, and then transitioning into this as we drove higher and higher towards the park. We stopped and bought some chains for my tires since these were a requirement to use the road into the park. Fun times...I normally hate driving in snow, but the chains really work and made it a lot more comfortable. 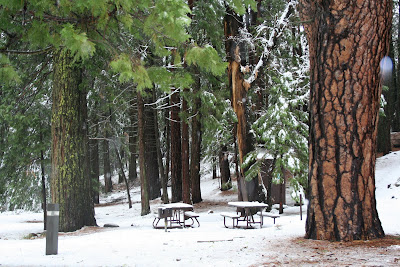 What's this? Giant trees or toy picnic tables? Giant trees... sequoias that is...or coast redwoods. I was totally in awe of these behemoths. Missy kept making fun of me for how infatuated I was with them. Oh well, I thought they were amazing. 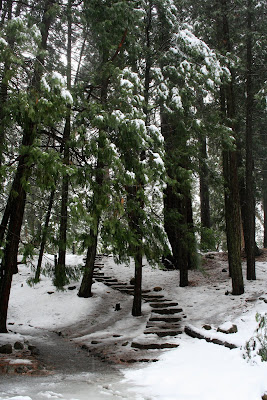 It had been snowing the past few days in the park and was just starting to clear. The snow gave the place an incredible feel, and the park was practically empty, which is quite different from the norm. 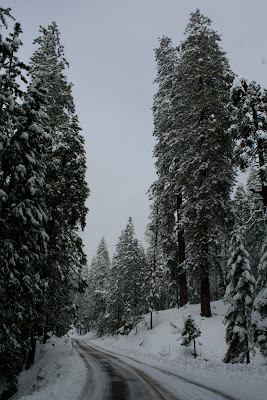 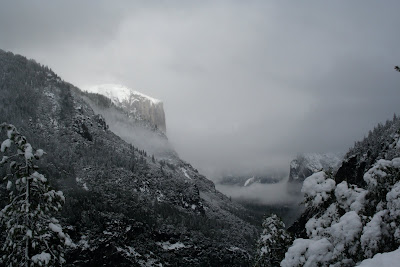 A different view of El Capitan and the Yosemite Valley. "El Cap" is a 3000 foot (1000 m) monolith of granite that is just one of the more impressive of the granite faces that seemingly erupts out of the Yosemite Valley floor. No wonder this place is so popular with rock climbers, when it isn't snowing that is. 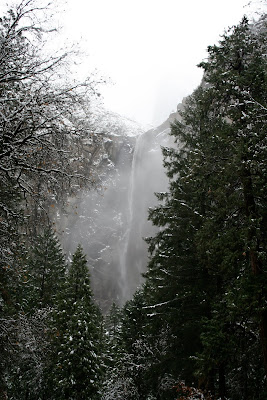 Water is still flowing apparently. It actually wasn't that cold at all, and I was amazed the snow had accumulated as much as it had. 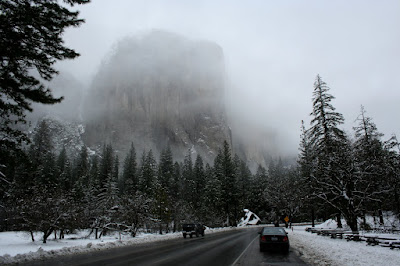 On the valley floor, we would just get these ghost-like glimpses of the massive rock faces here and there as the fog and clouds changed. It was pretty spectacular in its own way. Down here the weather was much nicer too. The random snow stopped, the roads were clear, and it was much warmer. 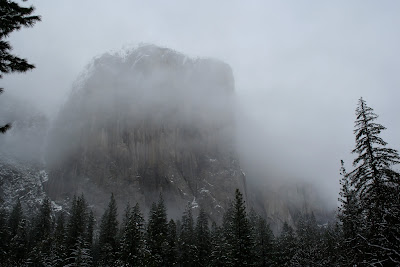 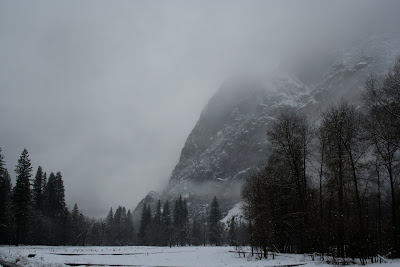 As always, these pictures do no justice for the shear size of these rock formations. Remember, a lot of these trees are redwoods that are being dwarfed by these rocks. 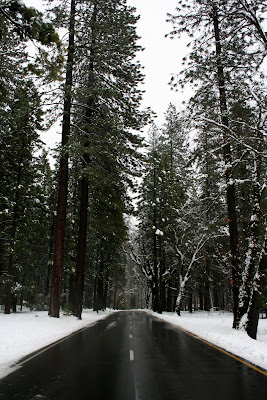 Clearer roads along the valley floor. 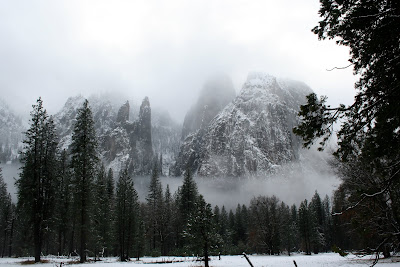 So, at this viewpoint, we had quite the little adventure. I decided to hurriedly (we were behind schedule thanks to the snow and all the unexpected stops) stop the car, and just hope out to grab some pictures. I didn't stop the engine since Missy was staying in with Bailey. So here I am snapping away, when I hear Missy's door shut and realize she's doing the same beside me. No problems until we both hear the sound of all my doors locking. One feature of my power locks is that when you lock the driver side door manually, it automatically locks the rest. Bailey, in her panic at us leaving her alone in the car, freaked out and jumped over to the driver side door since that was the side we were on. She then managed to hit the door lock, which of course locked us out of the car...while it was running. I shouted some obscenities, which echoed in the valley around us, and we waited for a ranger or some other soul to drive by. Cont. below.. 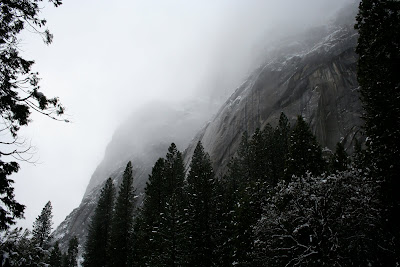 What luck! A ranger truck coming down the road. I knew from seeing others having their cars broken into by park rangers that all rangers carry break-in kits. So we flag down the truck, which seemed reluctant to stop and started talking to the two women driving (both of whom are in park uniforms). Pretty much right away we realized something wasn't quite right. The women seemed totally confused by the situation and said that it was a Sunday and that we were going to have trouble finding someone to break in. I said that all I needed was a ranger, and I was totally thrown off by the fact that they wouldn't just call one on their radios. So I hop into the truck with them and agree to ride back to a ranger station, even though they aren't sure if a ranger is working. I was positive there would be a ranger on duty. Like police, there is always someone on duty. So on the car ride, I found out that these two were not rangers, they were just park staff...janitorial staff. They were super friendly, but obviously a few lights were out upstairs or something. Why they didn't just use the radio in the car is beyond me. Cont. below.. 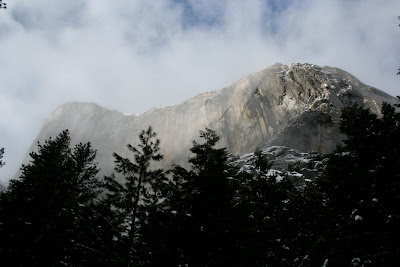 So I end up finding a ranger and explaining our terribly embarrassing situation. She understood, even though I was told this was the first time this one had happened to her, and she broke into my car for us. That was the last time we left Bailey alone in a running car. 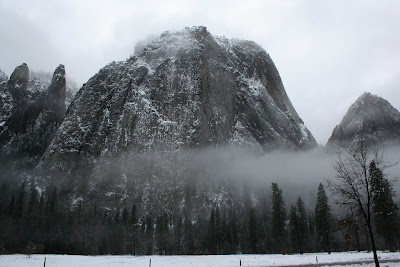 Things continued to clear up as we were leaving, but we were running out of time and had to get to San Fran that night. Farewell Yosemite...until next time. The drive out was spectacular. We followed the valley, and wow, it was beautiful. 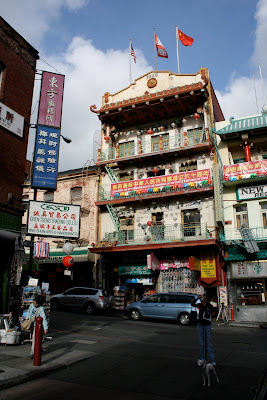 Chinatown, San Fran. I love this place. Some of the best food in the city too! 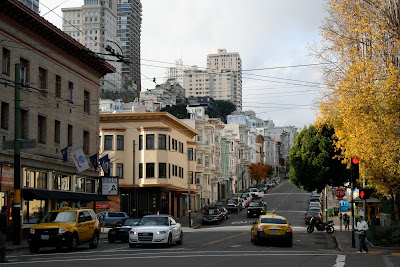 For more on San Francisco, see one of my previous posts on it. 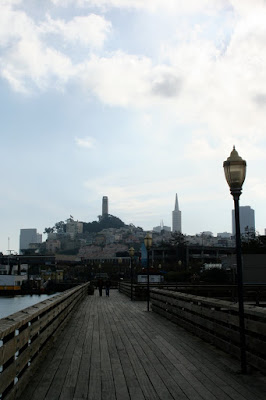 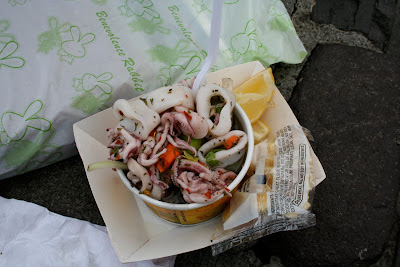 Mmmmm fresh seafood. I can't get this in Colorado. 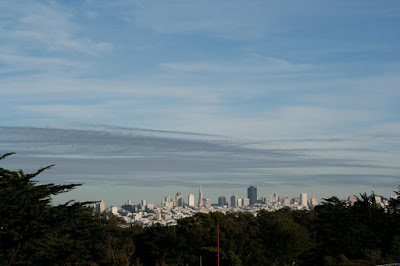 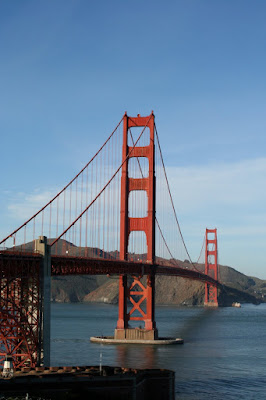 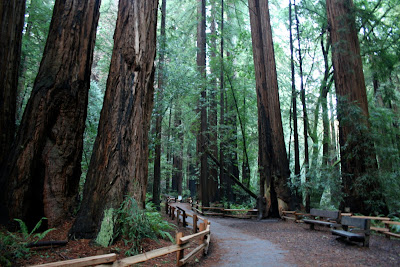 From big trees to big trees. We've come full circle. Well, not really. This is now in Muir Woods just a short car ride north of the city. It is a valley that is blessed with several redwood groves. Once again, I'm obsessed with these giant trees...they are spectacular and really make you feel like you're on an alien planet (or moon...like Endor...anyone see any ewoks?) 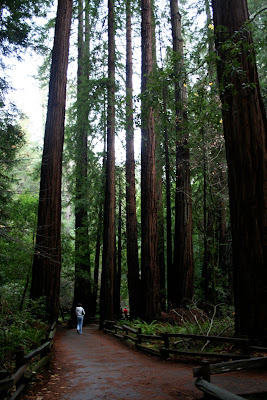 Missy taking off ahead of me on the trail. She wasn't nearly as impressed by the trees as I was, but even she admitted that this was cool. 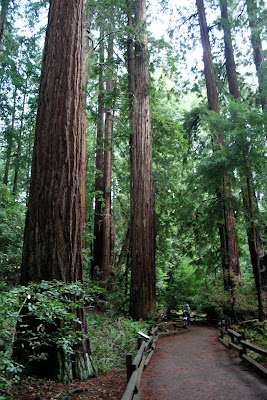 See the person? These trees are huge!!! 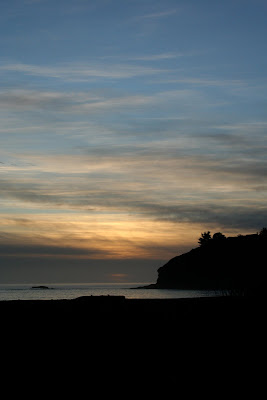 We drove out to a little beach on the Marin coast for sunset...I really do love California.

Thank you for the fantastic article. A great place to get information on this topic. I have a presentation next week, and I am searching for such information.
I have some some other great resources on the topic below
San Francisco sightseeing tours

Interesting post is good article, you have written. There are some posts that touch the mind. Looks very breathtaking