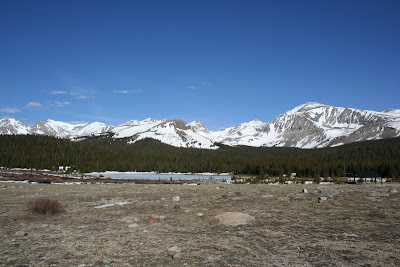 I took a hike with some friends two weeks ago. We went to the Indian Peaks Wilderness: a massive swath of land through which the continental divide runs through, brining with it these lovely mountains. The hike started at 8AM and we knocked out about 8 miles roundtrip, most of which was through deep snow. That was rough without snowshoes which turned out to be a seasonal rental from the university athletic center. Obviously, people at the athletic center don't go for hikes in the mountains in May. 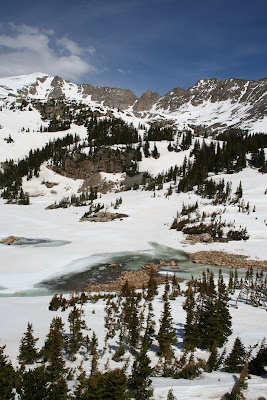 These pics are mostly just to show what it is like up there...absolutely gorgeous. We started at a base elevation of around 10,000 ft and worked our way up to about 12,500 before turning back due to weather. 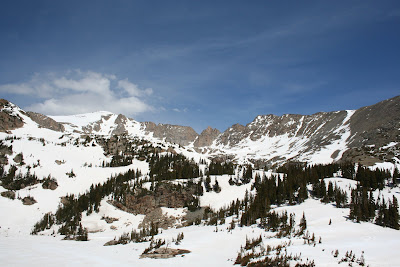 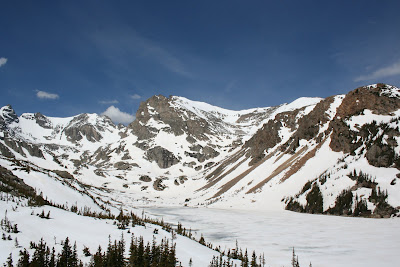 Lake Isabelle; still quite frozen in May...I wouldn't walk out on it though. 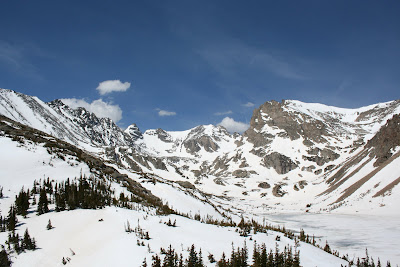 Most of the peaks in the Indian Peaks Wilderness are named after Native American tribes. 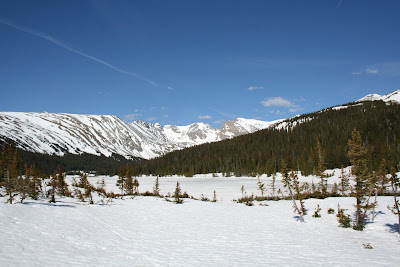 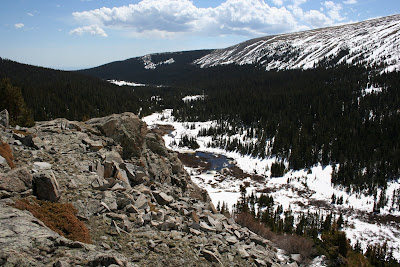 Looking back at where we came from...way down the valley and around the bend to the left another mile and a half or so.
Posted by Drew at 10:19 PM